Piazza delle Erbe in Mantova  is chaos and cosmos squeezed into a narrow square in the centre of the city. A public scullery used for all sorts of practical purposes.

For visitors and residents in Mantova in Lombardy, there is no way around Piazza delle Erbe. The pocket-sized square serves as a thoroughfare half way between the train and the bus station. This is where paths cross and you meet close friends and old acquaintances. In the morning, the square is filled with market stalls selling flowers and clothes. During the day , offices, shops and the tourist office on the corner draw in a motley crew of workers, visitors, clients and customers. And under the porticoes there’s a choice of restaurants from low-cost pizzeria to high-style restaurants and osterie.

Piazze delle Erbe is like a public scullery or utility room used for all sorts of practical purposes. This may explain the crowded and from an architectonic point of view messy appearance. When former generations have not been able to find the space they needed, they’ve simple built a new house in-between, outside or on top of existing structures.

For instance, the beautiful, round church dating back to the late 11th century remained concealed behind dwellings and stores for centuries before it was rediscovered in 1911. Today Rotunda di San Lorenzo has been restored and you can admire the old frescoes and the mastroneum  – an internal gallery build to accommodate women – but the plain, brick facade appears slightly at  odds with the surroundings.

Casa del Mercante on the left photo was originally decorated with frescoes depicting the goods sold inside.

Pomp, power
and a manikin sprouting water through his nostrils

In a corner there’s the commercial elegance of Casa del Mercante – an oriental inspired merchant house depicting commodities on the outside walls like some Medieval billboard.

To the left of Rotunda di San Lorenzo, Palazzo del Podesta and Palazzo della Ragione that used to house the city hall and eateries and a court of justice display raw power, strength and knowledge with a pretentious clock tower and a scientific clock that counts the hours and the months by the position of the stars. 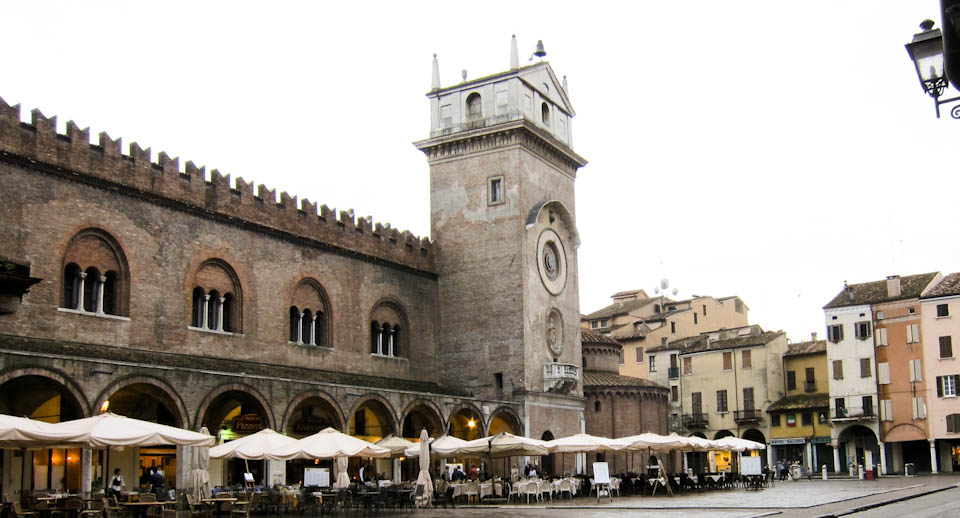 On street level Palazzo della Ragione is filled with restaurants.

And opposite there’s the Basilica di Sant’Andrea with the famous relic of the Holy Blood.

Surrounded by such pomp and importance, I feel a twinge of sympathy for the grim-looking manikin who sprouts water in the face of anyone bowing for a drink beneath the clock tower. He’s the ugly in the good and bad trinity that gives Mantova’s  Piazze delle Erbe its originality and charm.

If only he wouldn’t do it through the nostrils.

Gnocchi with butter, lemon and ricotta 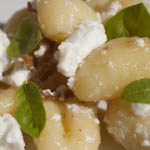 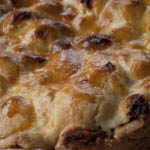 Apple cake with walnuts and amaretti
Scroll to top