and rooms that make you go wow

The Palace of Venaria is one of 14 residences built by the Royal House of Savoy in and around Turin in the 17th century . In 1997 they were added to the UNESCO World Heritage List in bulk. And each and every one of them still represents a daunting demonstration of power.

Driving though the historical centre of Venaria Reale in Piedmont you cannot help noticing how all the buildings bow to the royal palace. Streets fan out in a collar from Piazza dell’Annunziata which is also the entrance to what was originally constructed as a megalomaniac royal hunting lodge, and this is not a coincidence. The baroque town was designed specifically to emphasize the grandeur of the palace. 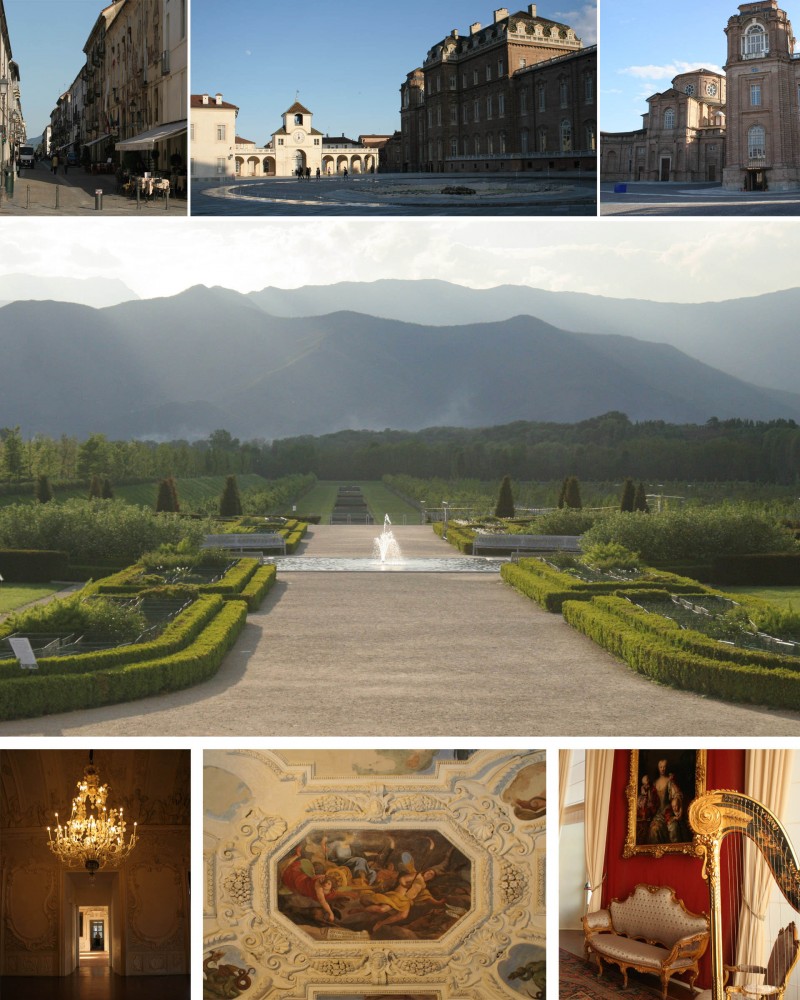 Pictures from the village of Venaria, the courtyard the gardens and the interior of the palace.

From Royal Palace to Army Barracks

With 14 residences to choose from it stands to reason that the Palace of Venaria had a limited period of royal service. The hunting base with 80,000 square metres floor surface and 50 hectares of gardens, built in 1675 by Charles Emmanuel II, soon became a popular trophy of invading French troops and noblemen who modified the structures and adapted it to their taste. From the Napoleonic domination and up to the end of the 20th century the Palace of Venaria was used as army barracks with training grounds in the garden.

It took eight years to restore the palace to former splendor, but in 2007 La Venaria Reale opened to the public. For the admission fee of 25 euro you can see the enormous gardens that stretch all the way to the mountains in the distance. Inside the palace there is plaster, frescos, sculptured marble and mosaics everywhere you look. Interspersed with varying exhibitions and periodic tableaus.

But the real masterpiece of the palace is the Great Gallery that connected the apartments of  the King to that of the Crown Prince. This 80 metre long hall designed by the architect Filippo Juvarra makes a lasting impression with it’s chequered marble floor, magnificent decorations, vaulted ceiling and spectacular light effects. It is a room that makes you go wow. 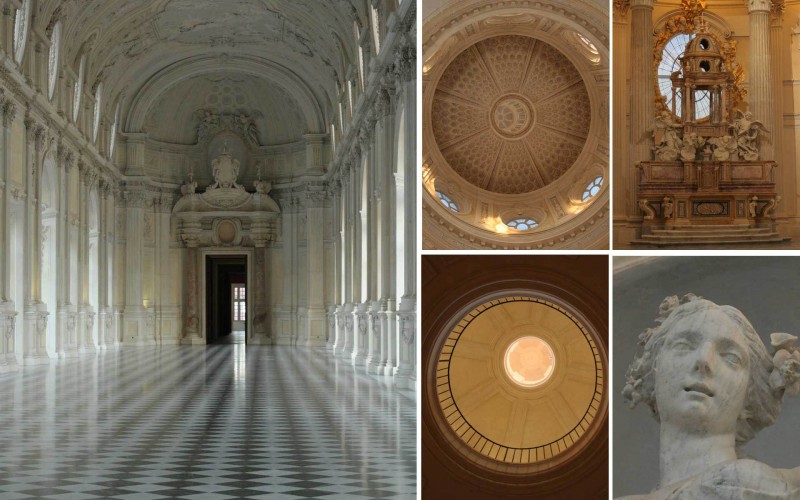 The corridor and the chapel is designed to take your breath away.

And the Cappella di Sant’Uberto has some of the same qualities. Especially when you learn that the cupola is a trompe l’oeil painted to compensate for the lack of space that prevented building a real one.

The perfect culmination after a day’s hunting for experiences is of course dinner at Dolce Stil Novo. An innovative gourmet restaurant, where you can enjoy one of the chef Alfredo Russo’s acclaimed tasting menus. For foodies this will render any visit to Venaria Reale truly ‘indimenticabile’

Italian Notes was a guest of #BITEG and the Piedmont Tourist Board but opinions are as always my own.

Other sights and places near the Palace of Venaria