The Ghost of Ascoli Piceno

A chain rattling ghost haunts the hallways,stairs and secret rooms of Forte Malatesta in Ascoli Piceno. It’s the tyrant Galeotto Malatesta who is trying to avoid the judgement of the afterlife.

In the mid 14th century, people in Ascoli Piceno were getting desperate. A seemingly endless series of misfortunes visited the area and decimated the population starting with earthquake, drought and an invasion of locusts of biblical proportions. The grasshoppers ate the crops off the fields resulting in widespread famine, an outbreak of the pandemic plague took its toll and a new lord in neighbouring Fermo threatened to take over city.

To counteract the trials and tribulations the people decided to seek help from the outside, and in 1348 they invited a young and ambitious leader of fortune from the powerful Malatesta dynasty in Emilia-Romagna to help protect and defend the city. 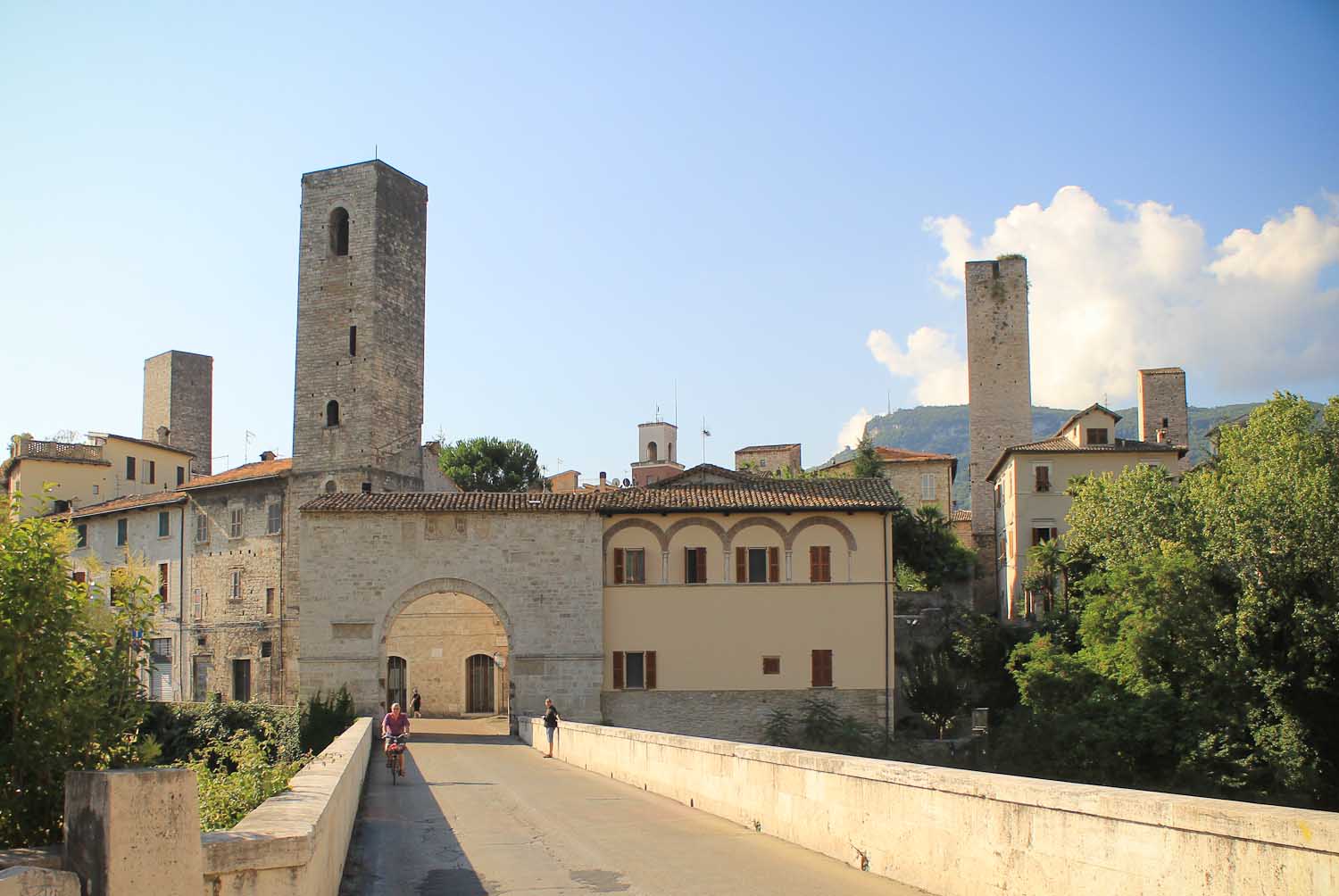 Though many of the towers in Ascoli Piceno have disappeared the skyline still indicate the location of the Medieval quarter.

Out of the Frying Pan

Galeotto means ‘convict’ in Italian, and Galeotto I Malatesta soon lived up to his name as a man of criminal intention. His powers enabled him to appoint leading officials, control all revenues and impose and increase taxes. An entourage of soldiers and knights along with a hired army of German mercenaries helped to enforce his laws.

Shortly after his arrival in Ascoli, Galeotto Malatesta managed to defeat Fermo in an easy victory. He started to plunder and subjugate all surrounding castles and villages in an attempt to gain dominion over Le Marche to the River Tronto.

The abusive and ruthless behaviour of Malatesta and his men led to increasing hostilities in Ascoli. People realized they had fallen victim to a new tyrant, and they started to conspire against him. 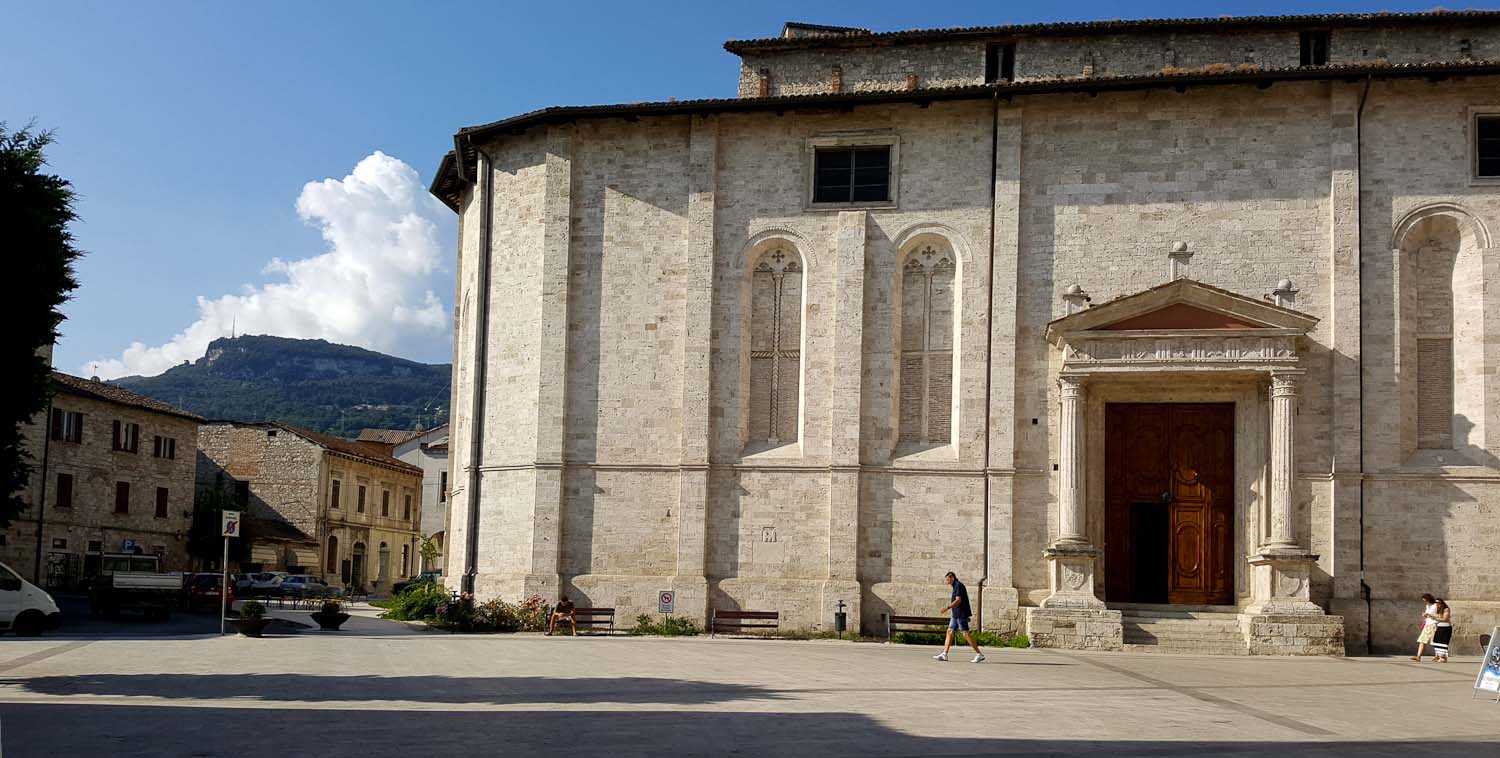 Piazza Arringo where Galeotto Malatesta carried out some of his atrocities.

Sensing the animosity, Galeotto Malatesta commissioned the construction of the castles Forte Malatesta and Forte Pia which were surrounded by moats, city walls were strengthened, the roads were paved, and those who plotted against him were executed in front of the Bishops palace on Piazza Arringo. Others were tied to the tails of four horses and dragged through the city, before they ended up on Piazza Arringo, where they were dismembered and hung on pikes.

The Bishop was enraged by the cruelty and tried to confront Malatesta directly with the result that both the Bishop and his brothers were imprisoned for 11 months. Faced with such brutality a number of people from Ascoli fled their homes. Malatesta closed the churches, ordered his guards to patrol the streets and managed to defeat the rebels every time they picked a battle. 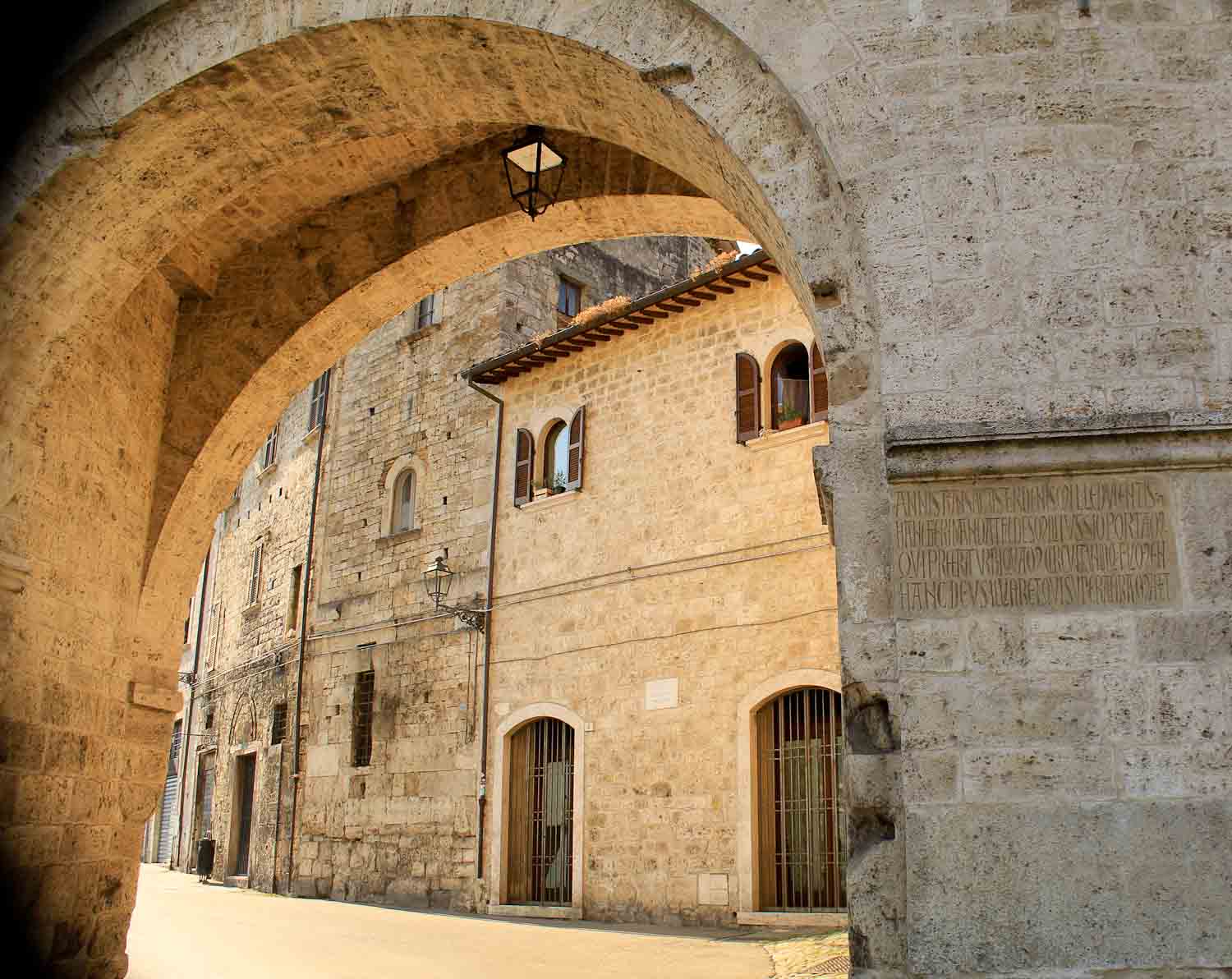 Walking around Quartiere S. Giacomo it’s easy to imagine what life in Ascoli Piceno must have been like in the Middle Ages.

For five years the despot continued his reign of repression, conquests and territorial acquisitions. He never fell victim to any of the numerous ambushes hatched against him.

In 1353, however, tensions mounted, and Malatesta barricaded himself inside the castle bearing his name when riots broke out. The people of Ascoli launched an attack on Fort Malatesta and most of Malatesta’s soldiers fled or were killed in battle. At that point, Galeotto Malatesta decided to leave Ascoli, he retreated north and continued to fight and reign until his death at the age of 86 years in 1385.

Still, Galeotto Malatesta has not been forgiven by the people of Ascoli, who maintain that his ghost still haunts the Malatesta castle that was destroyed and later rebuilt. And occasionally children can join a murder mystery tour of the premises in an attempt to find out ‘Who killed Galeotto Malatesta?’

To explore the Medieval part of Ascoli Piceno walk from Piazza Arringo to Forte Malatesta.