Like so many other towns in Marche, Fermo can be seen from a distance spilling out over a green hill top like a melting softice. And right on the top of the top there’s a cathedral with the most magnificent view of the rolling landscape and the Adriatic Sea. This in itself is a brilliant example of Fermo attractions.

We arrived on a rainy night before a major biking event, which meant that the first hotels encountered were fully occupied.

A blessing in disguise for after having run through half the town, stopping several people to ask directions, and entered the one way gate that smells of ZTL and future traffic fines, we ended up in a spacious free parking lot by a luscious garden bordered by the cathedral to one side and an old fashioned, family run hotel called Casina Delle Rose to the other.

They happened to have just one room left for the night. 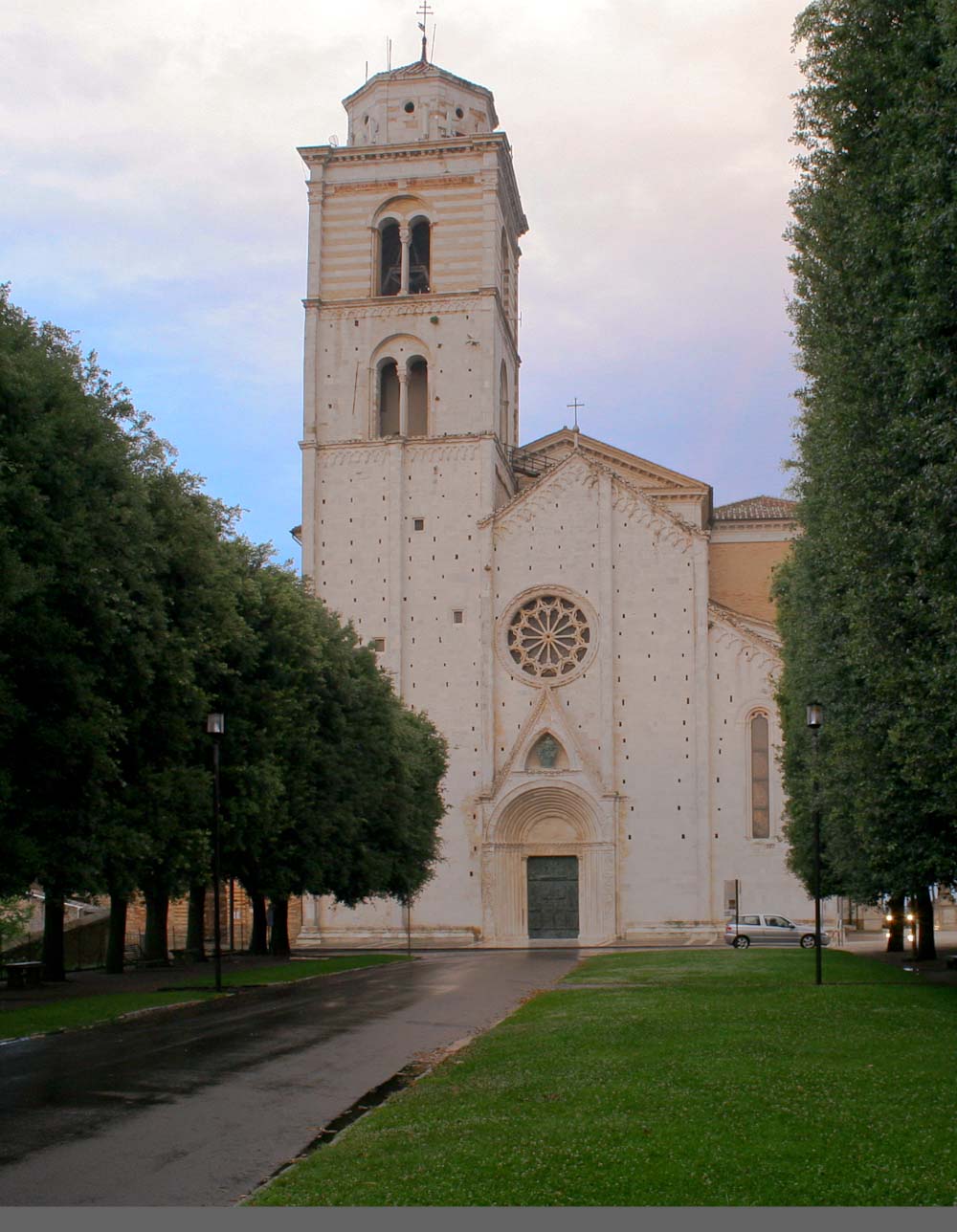 The avenue leading up to Fermo cathedral.

– What a pity there’s a drizzle tonight, our friendly host said, when asked to recommend the best things to do on a Saturday night. In the summer, we have an open air cinema in the park outside, where they are showing some really good films, but the cinema is cancelled when it rains. Museums are also closed for the night, but you might take a look around the cathedral which was built in the 12th century upon the remains of a temple dating back to the 2nd century AD.

– There are many other churches worth visiting around town, though some have been closed due to lack of maintenance and others have been converted to serve other purposes. We even have a church that has been transformed into a pub, he smiled.

Outside the rain had almost stopped and a splendid rainbow pointed to the cathedral tower and vestibule, where we tried to see some fun in an intricate clock work and a few ancient stone tombs.

We never found the church pub, but next morning saw Fermo bathed in sunlight. The cathedral was dressed up for a wedding, and walking along the parapet surrounding the garden we could see all the way to Ancona. Sometimes a view is all the sightseeing I need. 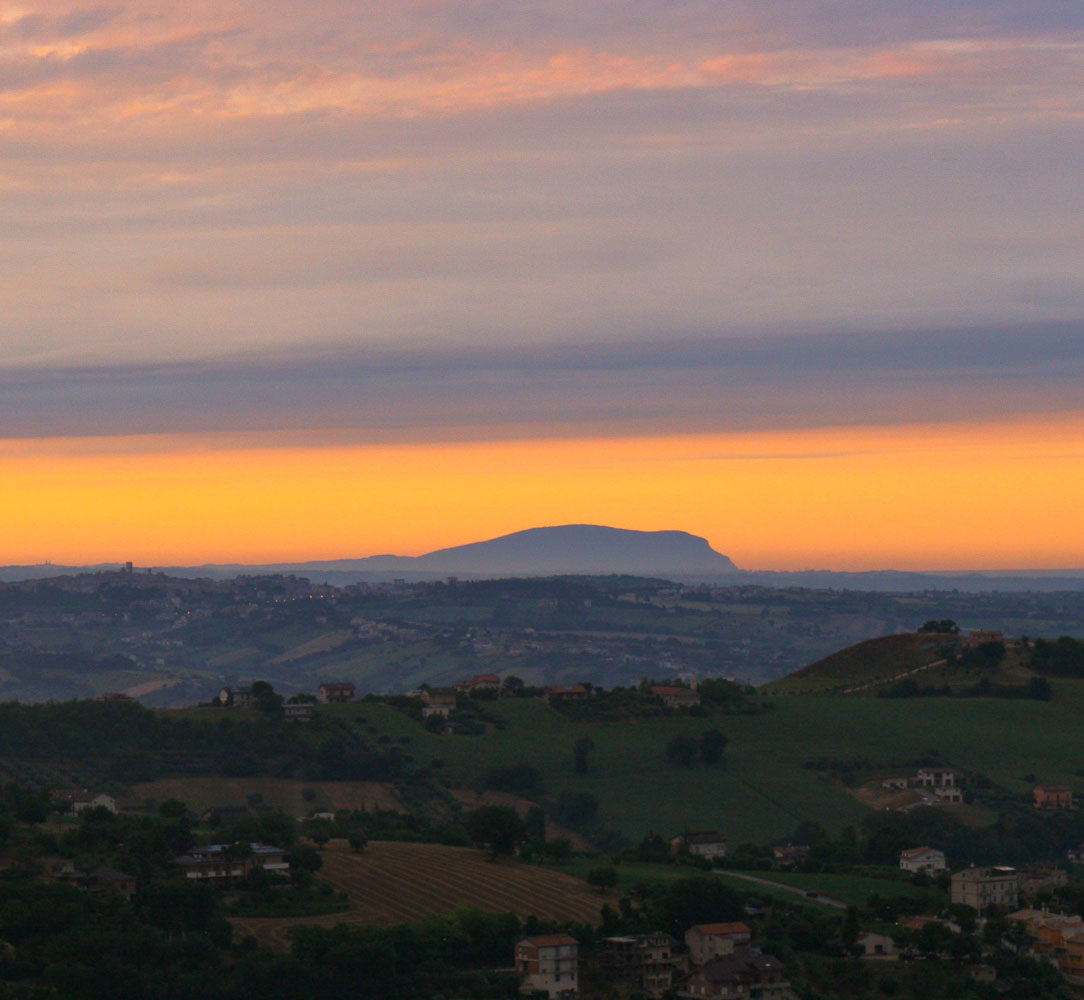 The view from Fermo towards Ancona with the characteristic hunchbacked promontory.

Maps were disabled by the visitor on this site. Click to open the map in a new window.
8 replies