The Arian Baptistery is one of eight early Christian mosaics and monuments in Ravenna. They are all Unesco World Heritage sites that reflect the major historical, political and religious events that took place in Ravenna through the fifth and sixth centuries.


A serial visit to the UNESCO World Heritage sites of Ravenna, left me with the impression that they were all much of a sameness. It’s hard to distinguish one set of mosaics from the next and the one before, which is why I’ve chosen to digest each monument individually. 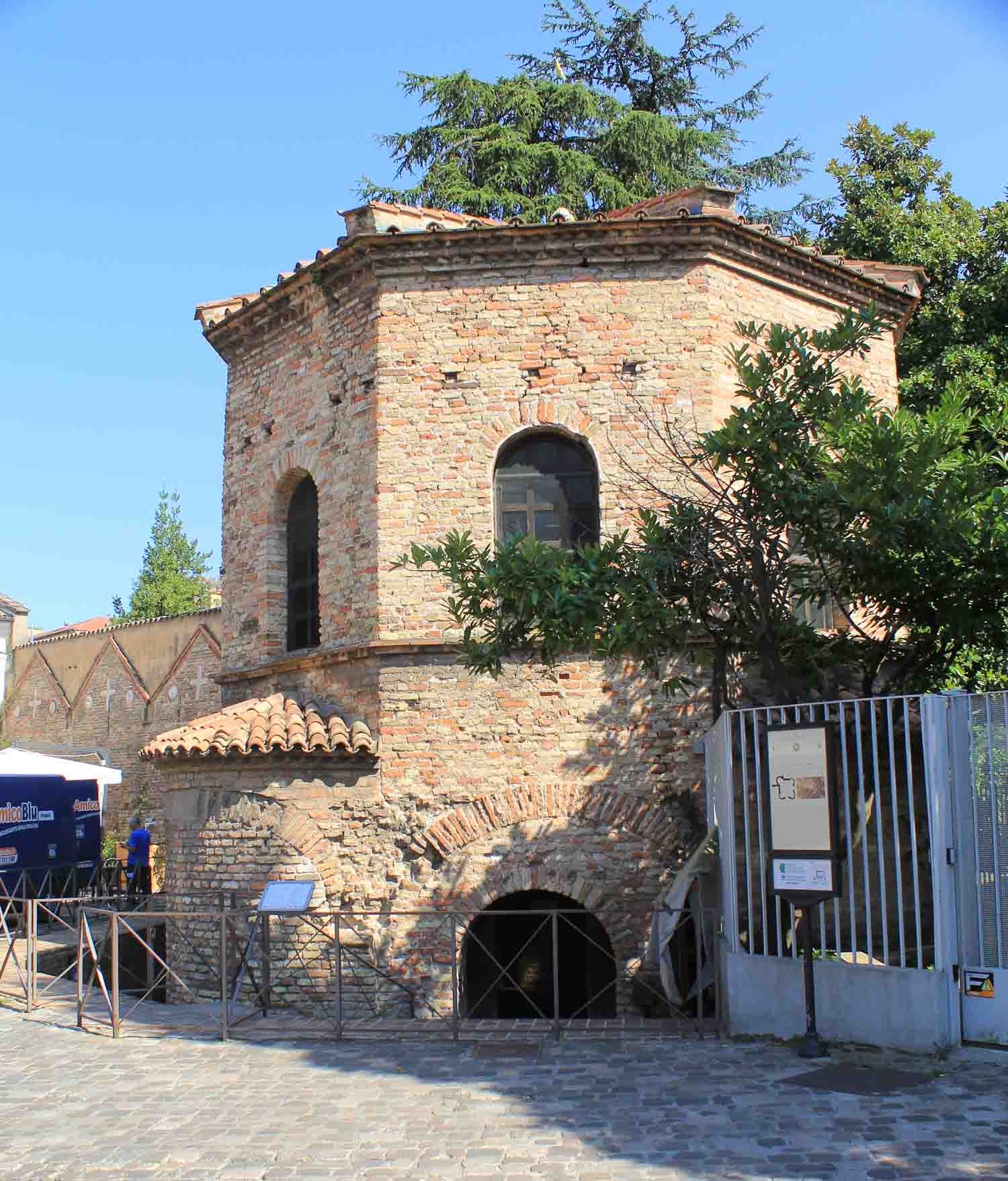 The dull exterior of the Arian Baptistery squeezed in between cafes and modern buildings.

First on my list is the Arian Bapstistery, a tiny octagonal building squeezed in behind a couple of cafes, a line of iron fencing and numerous private homes. In the background the Basilica dello Spirito Santo gives the Arian Baptistery a sense of belonging, but it does look rather deserted and forlorn in this drab modern backyard.

At the time it was built between the end of the 5th century and the beginning of the 6th century A.D., the Arian Baptistery was also at odds with its surroundings. After the fall of the Roman Empire, Italy was ruled by Germanic Goths who had their own interpretation of the Christian faith that did not include the doctrine of the Trinity. Instead of integrating with the local inhabitants of a traditional catholic persuasion, the new Germanic elite in Ravenna erected their own religious buildings, where they could nourish and maintain their cultural identity. 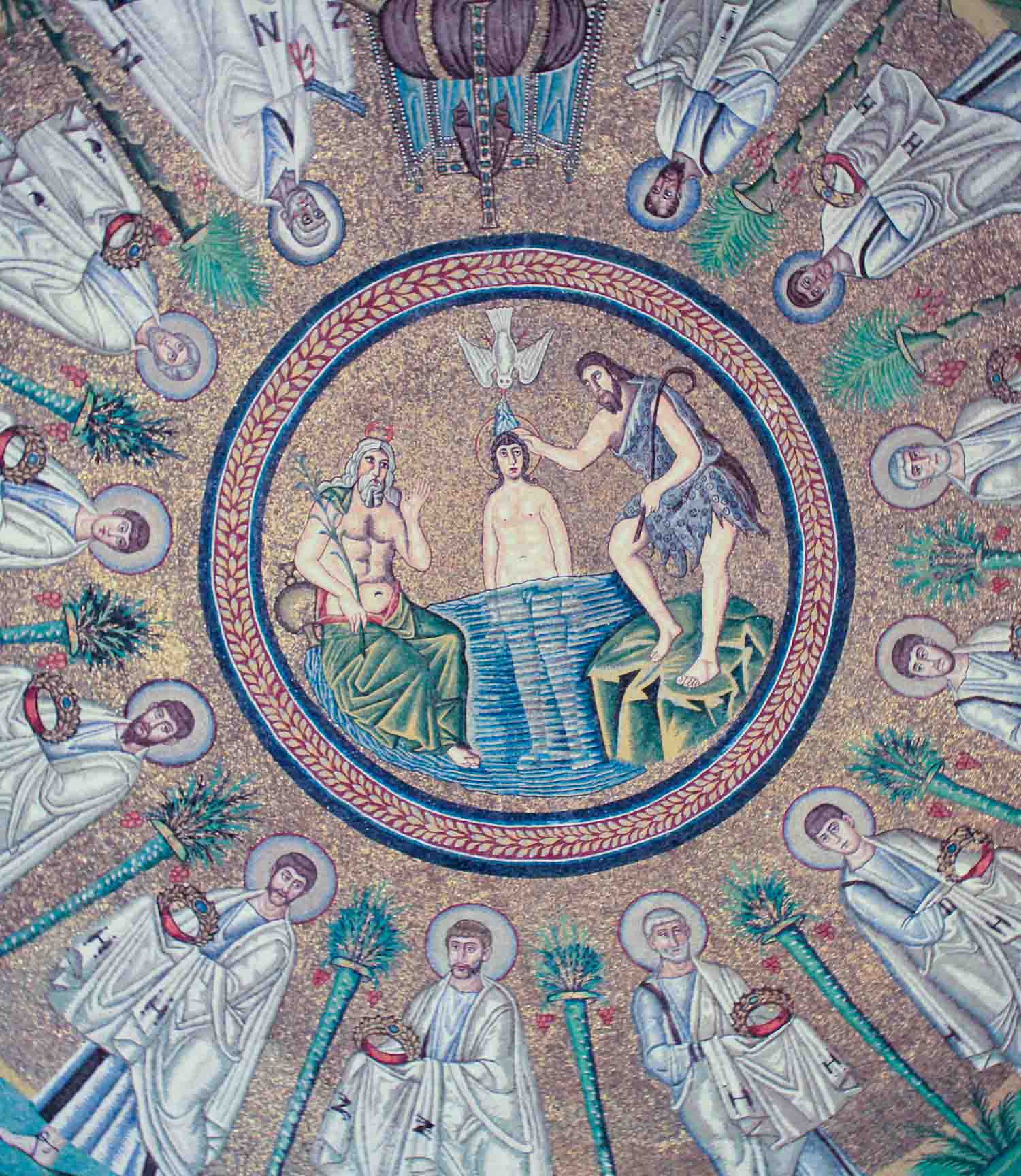 A peculiar version of the Trinity appears to be present in the mosaics of the Arian Baptistery.

One would think that the difference in beliefs would be visible in the dome of the Arian Baptistery, but the mosaic covering the dome is extraordinarily consensus-seeking. It depicts a young, beardless and naked Jesus being baptised by Saint John wearing a bluish leopard skin smock. A dove symbolising the Holy Spirit sprays water over the head of Jesus, while an old, white-haired man in a green cloak observes the scene. He is supposed to represent the river Jordan, as a reminiscent of a Roman deity with curly beard and a wreath of red crab claws. In other words the Arian dome illustrates both the trinity and ancient paganism.

Below, a procession of the Apostles encircle the dome, until they meet at a throne with a jeweled crucifix resting on a purple cushion.

I remember to pay attention to the colour of the grass at the feet of the apostles. The colour changes from bright to dark green as an indication of the number of years it took to complete these mosaic.

And I’m once again impressed by the shimmering glitter of the designs achieved by the excessive use of gold mixed with stones of more ordinary background colours. It makes the interior of the Arian Baptistery glow and sparkle with light, in stark contrast to the dull exterior surrounded by the pragmatic props of the 21st century.