Baroque Lecce – Centuries before the invention of public schooling, billboards and living pictures, the church used its exterior walls to tell the story

Every time I’m in Lecce, I try to photograph the beautifully renovated Baroque buildings that have earned this city its ‘Florence of the South’ nickname. Amateur photographers in Lecce are up against narrow streets and deep shadows that make it hard to do the architecture justice, but this shot at least captures the exaggerated embellishments on chiesa di San Giovanni Battista built in 1691 by the local architect and sculptor Guiseppe Zimbalo.

Coming from a protestant culture, where churches are no-nonsense solid and unadorned, I’m mesmerized by the richly decorated facades of Italy’s 16th century churches and convents. There flower arrangements, animals, vegetables, strange and supernatural figures carved in stone side by side with saints, sinners and incidents depicted in the Bible. Centuries before the invention of public schooling, cartoons, billboards and living pictures, the church used its exterior walls to tell their story. And it still works. A brilliant idea from a communication point of view.

More in the neighbourhood of baroque Lecce

Cartapesta is not just for tourists 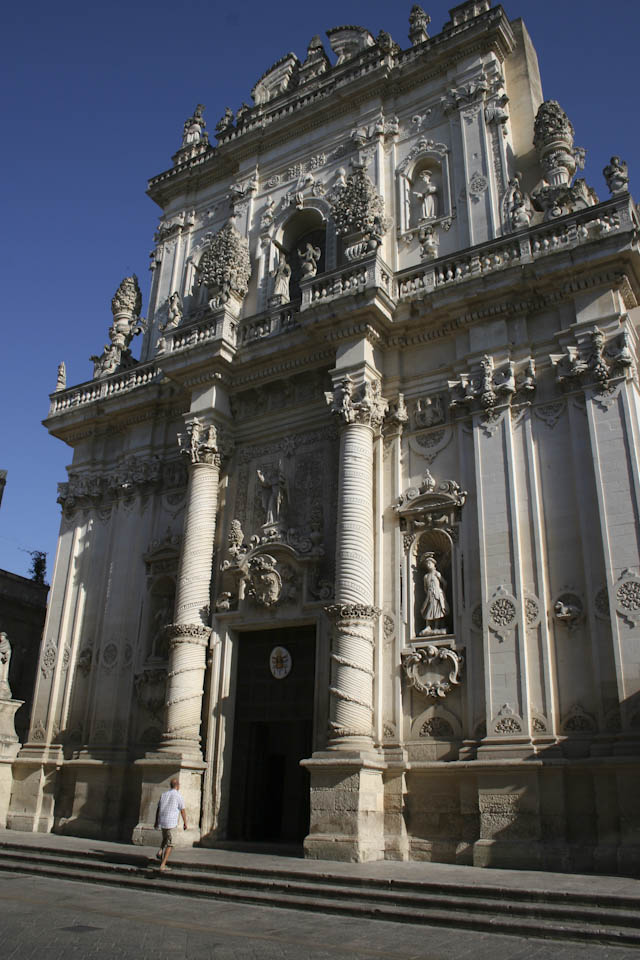 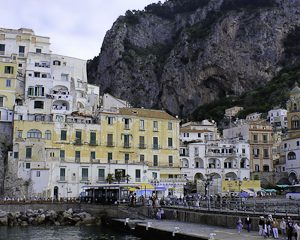 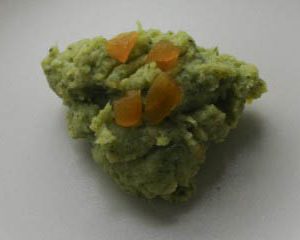