Frascati in the Alban Hills

It is a bit of a paradox that Frascati in the Alban Hills south of Rome has become synonymous with cheap white wine. For the villas and views are priceless.

There’s a rich, luxurious feeling to waking up in Frascati on a sunny spring morning. The air is crisp, clean and unpolluted although we are less that half an hour by train from Stazione Termini. Traffic is tolerable once the commuter cars have left for the day. And there is a mesmerising tranquillity to seeing the towers and domes of Rome emerge through the morning mist at the foot of the hill. No wonder the pope retreats to his summer residence in nearby Castel Gandolfo, when life in the Vatican gets too hot and stuffy.

The End of the Road for Childe Harold

And he is not the only one. The area is dotted with enormous ‘villas’ in the supersized Roman sense, like the 16th century Villa Aldobrandini designed by Giacomo Della porta and built in 1550. A private avenue lined with perfectly squared trees lead up to the house from the roundabout war memorial ensuring an unobstructed view spanning the capital, the coast and the Alban Hills. 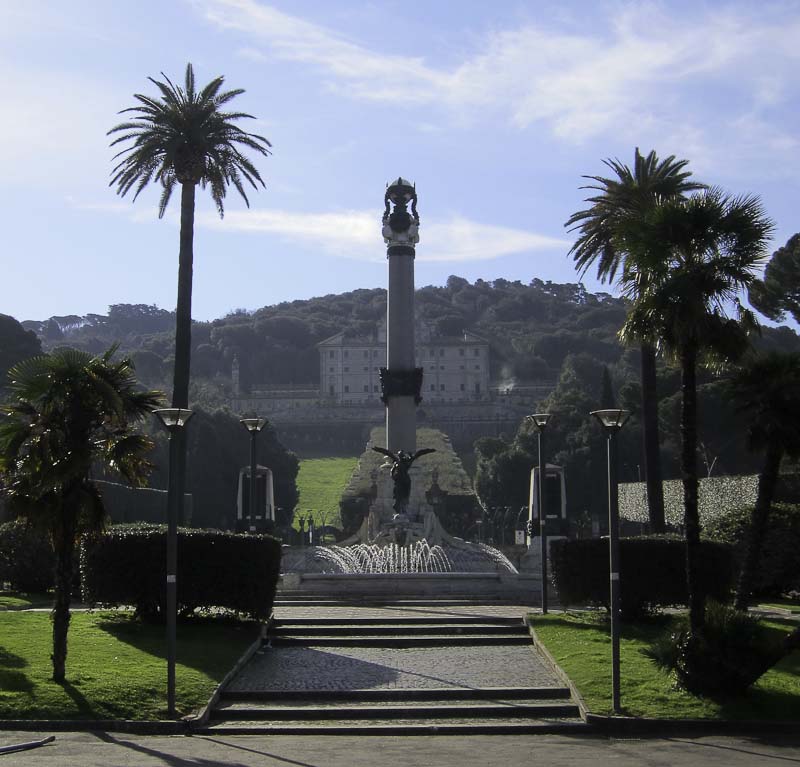 Frascati in the Alban Hills has been a classy retreat for papal nobility and wealthy Roman families since the days of the empire. And 19th century romantics, like Goethe, Hans Christian Andersen, JMW Turner and Lord Byron flocked here to paint, recover, rest or rent donkeys that would take them to the ancient Roman city of Tusculum in the hills above town. In fact, it is in the Alban Hills, Byron’s world-weary hero Childe Harold finds that his ‘Pilgrim’s shrine is won’. He has reached the goal of his religious pilgrimage and perceived a universal beauty and perfection that cannot be attained.

A Tour of the Sights

We leave the soaring romantic aspirations, tall Mediterranean pine trees and small clusters of men to their morning chat, and head towards Frascati’s piazza San Pietro passing a sorry looking living statue on the way. It’s not quite clear what it is supposed to represent, but my guess would be a harem girl surgeon. Could be a long wait before he or she receives a coin and an excuse to move.

In the evening, the piazza in front of the cathedral is teeming with young people, but now it is almost deserted apart from a few families and some women heading for the church. The cathedral’s high façade looks pompous and grey. There’s no water in the old city fountain, although it is surmounted by the papal insignia of crossed keys to the kingdom of heaven. But a short walk through narrow streets to Piazza S. Rocco reveals another sweeping view, and even though it is partially obstructed by smog and building sites, and parked cars have replaced the donkeys, I still find it thoroughly enjoyable.

Frascati may be a place for cheap wines, but the villas and views remain precious. 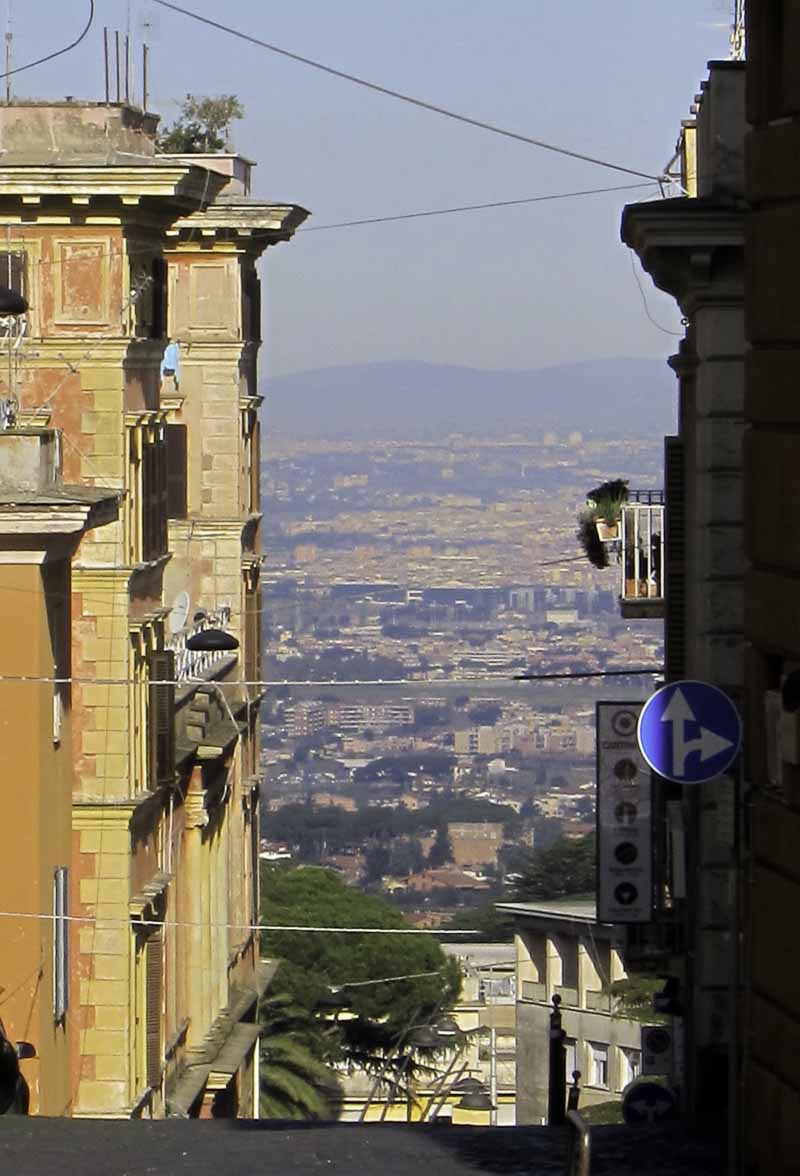 Beef Meatballs with Coriander and Chili
Scroll to top