An unsuccessful daytrip from Fiumicino Airport

Three mistakes was all it took to turn a short daytrip from FCO Airport to Ostia Antica into an unwanted exploration of Roma Termini.

A week ago I arrived at Fiumicino Airport (also called FCO or Leonardo da Vinci) 5 hours before my plane was due to take-off, and I was kind of looking forward to the break, which I planned to spend among the ancient buildings of Ostia Antica. After all the archaeological site borders almost up to the tarmac, so there would be plenty of time to have a look around. I thought.

That was before things started to go wrong.

I deposited my suitcase with the luggage storage for 6 euro and went outside Terminal 3 to look for a local bus. No need to waste money on a taxi when Italy has a well-working public transportation system. That was my first mistake that day. 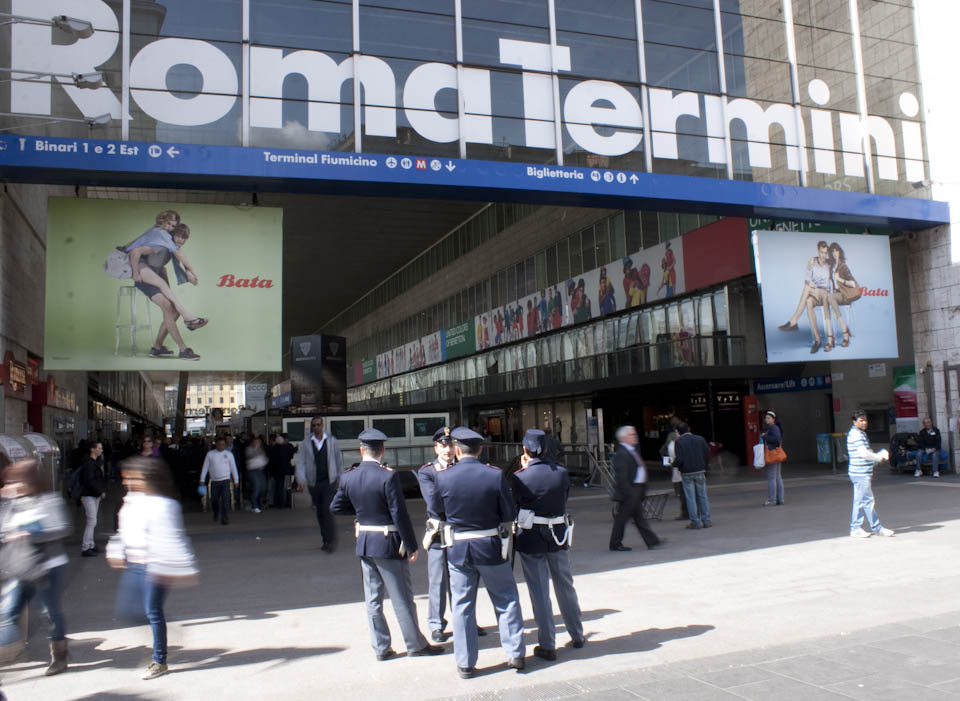 Not the best place for sightseeing in Rome

At the bus station, I went up to an official looking person and asked for a bus to Ostia Antica. “You can take this one. It’ll be 6 euro”, he said, issued a ticket and showed me aboard. I should have remembered that some Romans have a bad habit of answering questions they think they’ve heard, instead of listening to what you’ve actually got to say. And I should have asked twice even if it would have made me look like an idiot. I didn’t. And it was not until the bus drove past the road sign to Ostia and entered the motorway, I realized the mistake. By then it was too late to get off.

The bus drove on through the Roman rush hour for 45 minutes and passed the Square Colosseum, the pyramid of Cestius, the Vatican, Colosseum and Forum Romanum, while I was fuming. Going through Rome on a bus was not how I’d planned to spend the lovely morning, and by the time we reached the end station I was in a really bad mood. So bad that I reclined the bus drivers’ offer of taking me right back to Fiumicino on a 4 euro discount ticket and insisted on finding my own way back. A third mistake.

By then there were only 3 hours to my flight departure, so I walked around Roma Termini among the illegal immigrants, homeless, hustlers, winos and junkies that tend to gather around the central station in any big city. Ran around in circles in the underground section of the station in order to follow arrows pointing up, down and sideways to the ticket office.  And punched my request into three different ticket machines before one of them worked.

Remember to stamp your train ticket

I didn’t manage to find a yellow machine for stamping the ticket before entering the train. A misdemeanour  which would have cost me a 100 euro fine, if discovered, but by 11.20 am I was sitting in a fast train bound for Fiumicino getting just a little desperate when a train attendant announced a 15 minute delay. At 12.10 pm the train pulled up at the airport and I ran to the baggage storage to retrieve my suitcase, hurried upstairs to check in, lined up in the endless security queue, rushed to the gate and entered the aircraft as the last passenger, just in time before the doors closed for take-off at 1.30 pm.

So next time I want to go on a short daytrip from Fiumicino airport, I’ll be back at the airport and check in two hours before departure. And I’ll take a taxi.