I suspect every person on earth with just a little education can cite at least one quote on Rome. But there’s more to Rome quotes than the proverbial ‘When-Rome-falls-All-roads-lead-to-Rome-was-not-built-in-a-day-When-in-Rome’ trivia.

I love brilliant quotes, as my collection of Venice Quotes or Famous Words about the Gothic Cathedral in Milan goes to show. Here are some of favourite statements about the capital city located in Lazio:

Rome by the Romans 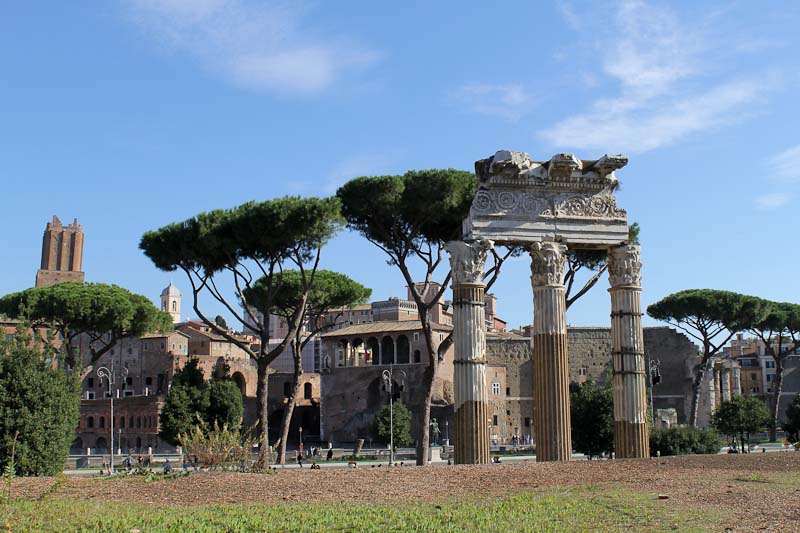 “Rome is the city of echoes, the city of illusions, and the city of yearning.” Giotto di Bondone (Italian painter and architect. Died 1337)

Rome in the eye of the Romantics

“Yes, I have finally arrived to this Capital of the World! I now see all the dreams of my youth coming to life… Only in Rome is it possible to understand Rome.” Johann Wolfgang von Goethe (German writer 1749-1832)

“When a man hath no freedom to fight for at home,
Let him combat for that of his neighbours;
Let him think of the glories of Greece and of Rome,
And get knocked on the head for his labours.”
George Gordon Byron (English poet 1788-1824)

”How is it possible to say an unkind or irreverential word of Rome? The city of all time, and of all the world!” Nathaniel Hawthorne  (American novelist. 1804-1864)

“Rome – the city of visible history, where the past of a whole hemisphere seems moving in funeral procession with strange ancestral images and trophies gathered from afar.” George Eliot (English novelist 1819-1880)

”Here was Rome indeed at last; and such a Rome as no one can image in its full and awful grandeur! We wandered out upon the Appian Way, and then went on, through miles of ruined tombs and broken walls, with here and there a desolate uninhabited house: past the Circus of Romulus, where the course of the chariots, the stations of the judges, competitors, and spectators, are yet as plainly to be seen as in old time: past the tomb of Cecilia Metella: past all inclosure, hedge, or stake, wall or fence: away upon the open Campagna, where on that side of Rome, nothing is to be beheld but Ruin. Except where the distant Apennines bound the view upon the left, the whole wide prospect is one field of ruin. Broken aqueducts, left in the most picturesque and beautiful clusters of arches; broken temples; broken tombs. A desert of decay, somber and desolate beyond all expression; and with a history in every stone that strews the ground.” Charles Dickens (English author. 1812-1870)

“From the dome of St. Peter’s one can see every notable object in Rome… He can see a panorama that is varied, extensive, beautiful to the eye, and more illustrious in history than any other in Europe.” Mark Twain (American writer 1835-1910)

“She had always been fond of history, and here [in Rome] was history in the stones of the street and the atoms of the sunshine.”  Henry James (American writer. 1843-1916) 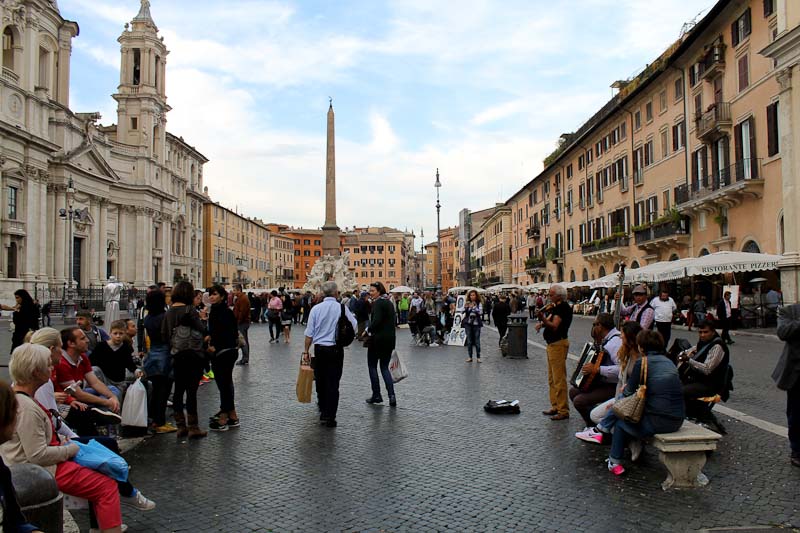 Modern Views on the Eternal City

”Rome is a place almost worn out by being looked at, a city collapsing under the weight of reference.” Graham Joyce (English writer. Born 1954)

Other posts on writers view on Italy like “Rome quotes – Famous words on the eternal city”:

Italy and the fog metaphor

Carneval in Rome today and 165 years’ ago