Right now, every fence along every south Italian road is ripe with spiny cactus fruits. Here’s is my guide to harvesting, eating and preserving prickly pears.

The fichi d’India are everywhere, heavy with fruit in varying colours and degrees of ripeness – and even the supermarket sells prickly pear in an unspined, ready-to-peel version. 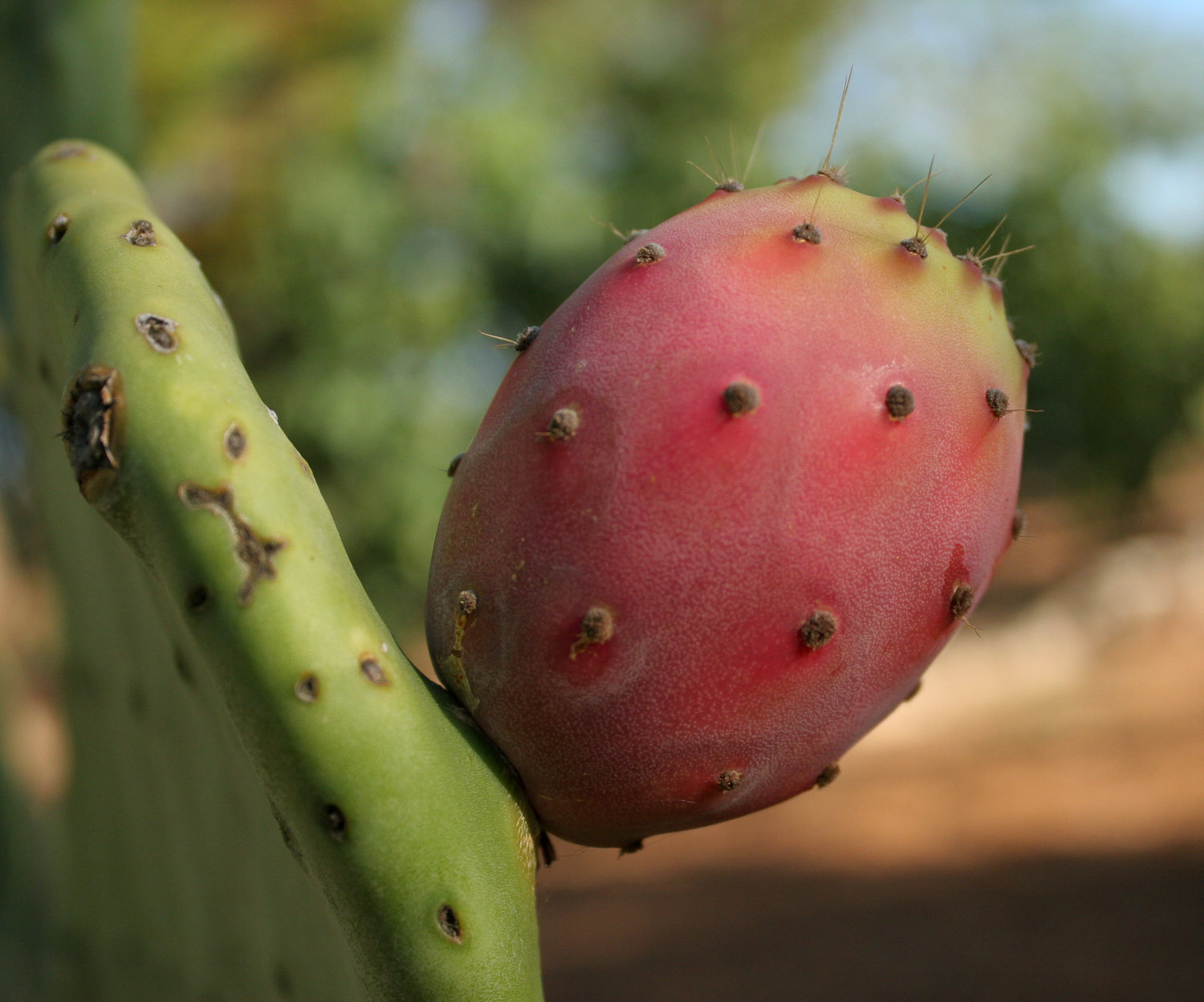 Fortunately, hungry neighbours had nicked most of the cactus fruits from my piece of land, and I wish they’d taken them all. That way I wouldn’t have had to fight the almost invisible hairy spines. It was no problem to get the fruit off the cactus without getting skewered, as long as you used a special fico d’India plucking contraption combined with thick work gloves and buckets of water.

Once in the bucket, you massage the fruit with a hand broom, change the water and repeat the process several times over, until it seem safe to drain the prickly pears, place them on an old newspaper and peel them. The spikes have a tendency to cling to the table, plates, knifes and dishcloths for days and ended up in fingers, when least expected, so make sure to pour the water on the ground and place them on a disposable surface.

When peeled the fichi d’india are ready to eat, but again a word of warning seems approprite. The fruits contain quite a lot of stony seeds and after two fruits you feel as if you could dance a pizzica and beat the rhythm without using a tambourine. Those seeds really make me rattle. 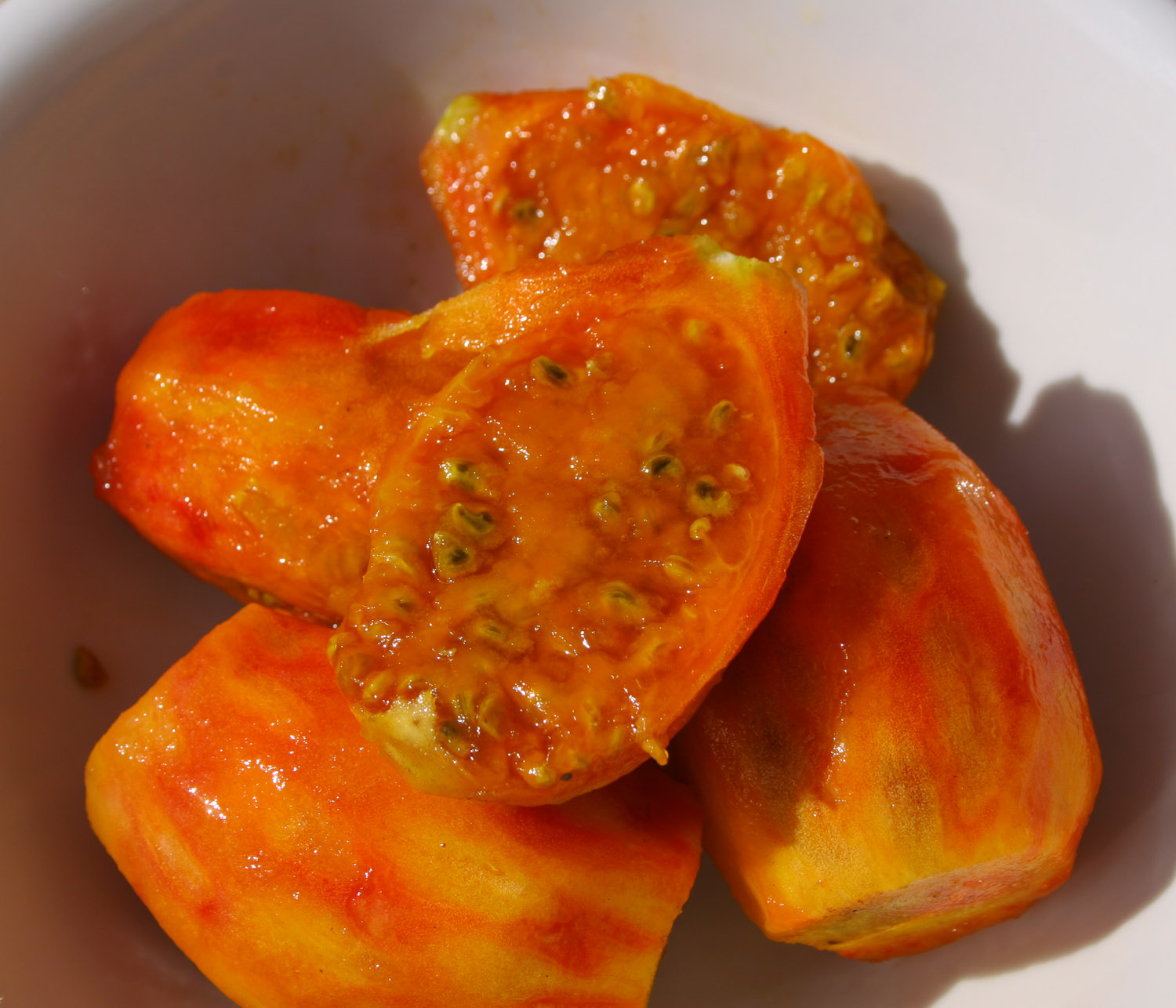 So after an attempt at making prickly pear juice and a successful prickly pear jam, I decided the fruits looked much prettier on the plant than on my table.

Still, prickly pears are highly nutritious and good for the digestion. They are also known to have antibacterial and antioxidant properties, which explains why the gang of farmhands specialized in pruning olive trees cut a leaf off a prickly pear cactus and rub the juice on the wound, if a scratch starts to bleed.

You can also preserve prickly pears by harvesting a cactus leaf carrying several fruits and hanging it upside down in a dry, dark, airy place, like a potting shed or a Puglian trullo. This will preserve the fruits for up to a year, and the seeds seem to diminish over time, which increases the pleasure of eating prickly pears as a natural vitamin boost during winter. 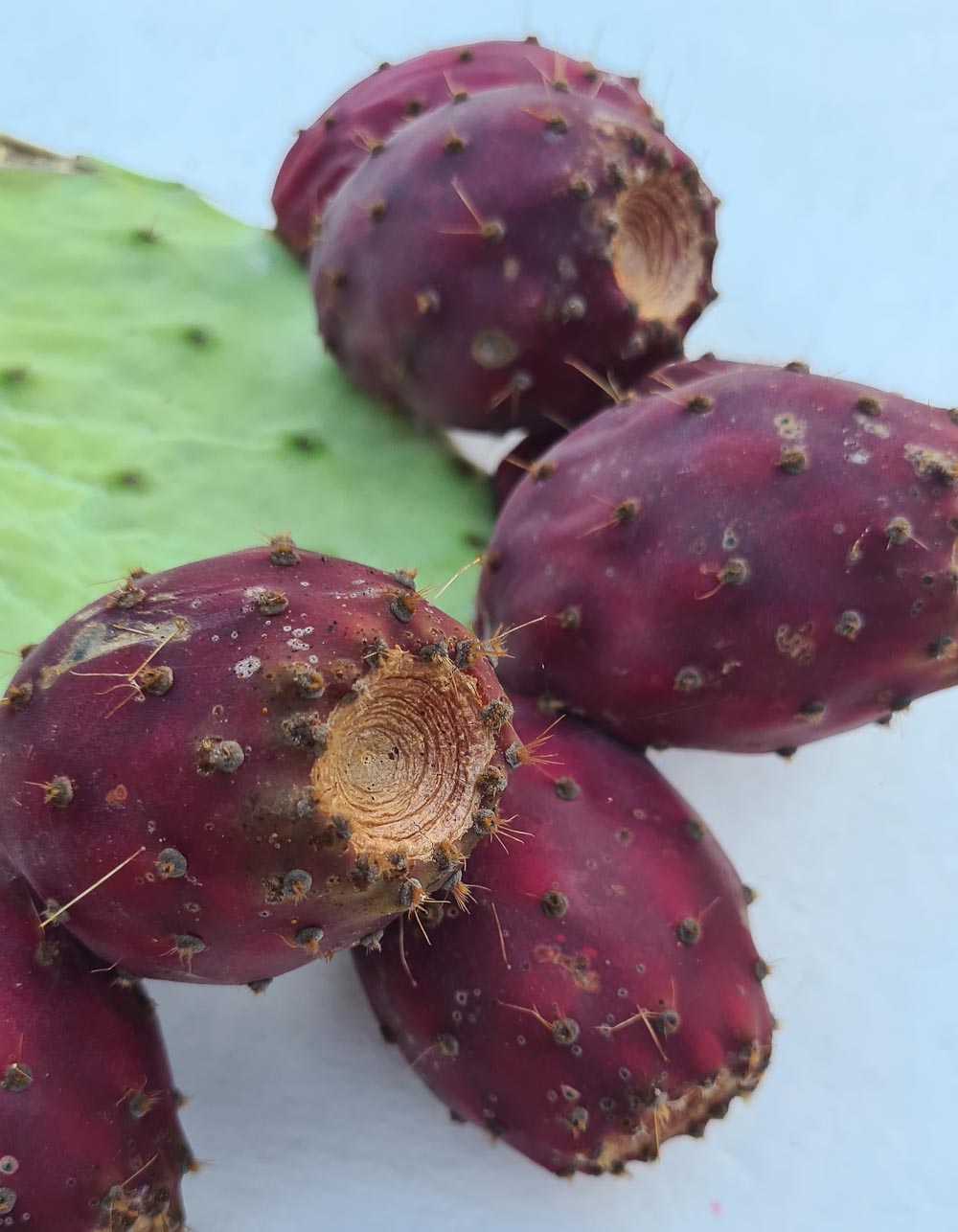 Prickly pears that have been preserved for almost a year, are still juicy and refreshing to eat.