Every spring the noise of innumerable chainsaws mark the season for pruning olive trees, and the method varies from one province to the other.

It starts the moment the morning sun sends the first rays of light up over the horizon and pushes the darkness aside. The aggravating broom from a small combustion engine works better than most alarm clocks, and the noise continues throughout the day for weeks on end.

At first, I thought we had accidentally bought a small Italian farm house lined up to a noisy motor cross racing track, and the suspicion made me rather grumpy. Wannabe motor bikers are not ideal neighbours, when you dream of an Italian house in the country. In fact, I think the people who sell houses should be obliged to warn against noise pollution.

Anyway, it is difficult to complain, when you cannot identify the source of the annoying motor noise. Our house is surrounded by olive trees, and it would be difficult to hide any larger that toy-sized racing track in their middle. The noise posed a regular enigma, until we discovered the truth of the old saying about not being able to see the forest for trees.

The motor noise turned out to derive from olive trees that have to be pruned with 6-8 years intervals in order to provide a satisfying outcome, and this means that chainsaws cut through the tranquillity of every spring. In the early morning, gangs of olive pruning workers arrive and start hollowing the crown of the tree under the supervision of a maestro. They remove all branches except the really big ones which are left with a few twigs. The cut-offs are douched in petrol and lighted as gigantic bonfires, and the rest of the spring newly pruned olive trees stand around virtually naked.

This gives you a chance to wonder about the significance of shape. In Puglia olive crowns can be cropped a cono, a cilindro, a vaso, a vaso polifinicos, a vaso cespugliato, etc., and the shape is said to depend on the age of the tree and the fruit collecting techniques employed. That I don’t know about, but I can see that cropping methods in the provinces of Foggia, Bari and Northern Brindisi differ from the technique used in Taranto, Lecce and Southern Brindisi.

Olive farmers in northern Puglia design their trees with branches hanging down so they resemble crooked old people, who have been frozen in a stop dance. Very old trees with a split trunk, even look as if the tree people are standing on two legs.

Further south in Salento cropped olive crowns are formed like cups, letting plenty of light into the middle of the trees.

And then there are the rich and wealthy, who can afford to buy olive oil, and therefore use their olive trees for decorative purposes only. These trees are given a puddle clip with fluffy, pompons of foliage around the ankles in a cut that requires frequent grooming. Ornamental olive trees are not found in my neighbourhood, where trees are valued for their produce. An olive tree in its best age (4-600 years) will after all give you 10-15 litres of extra virgin olive oil each year, provided that it is nourished, swept and pruned according to local prescriptions.

In consequence, we all have to live with the infernal noise of hundreds of petrol-driven chainsaws each spring. After all, Puglia has a reputation as a Saudi Arabia of Southern Europe to defend.

Other articles similar to this one on pruning olive trees

The beauty of the Mediterranean maquis 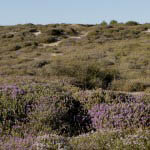 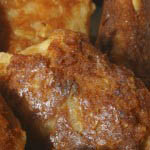