Confetti from Sulmona is not tiny pieces of paper but dragée almonds with a rich symbolic significance. The sweets have been produced in Abruzzo for centuries, making Sulmona the confetti capital of the world.


Sweets have been part of the Italian culinary tradition as long as anyone cares to remember. The ancient Romans covered fruit, flowers, nuts and kernels in honey to make sweet treats. And honey coated coriander seeds were used to throw over newlyweds as a symbol of good luck. In Italy paper confetti – in the English sense – is still called coriandoli, while confetti means confection or confiture and is the word reserved for sugared almonds.

It was the Poor Clares who first invented confetti from Sulmona. In the 15th century, the nuns at Santa Chiara monastery wrapped pieces of almond candy in silk and gave it in homage to noble brides. And bishops and royalty were given dragée made with imported luxury sugar from Persia as welcome gifts. Ordinary people’s only chance to taste the sweet was during the Ferragosto processions, when the magistrate threw confetti to the crowds.

As sugar became more commonplace, the number of confectioners in Sulmona increased. In the mid 19th century there were about a dozen confetti factories in Sulmona, who strived to make the most spectacular and ingenious presentation of their products. The sugared almonds were wrapped in paper or coloured plastic film and used as mosaics to create decorative flowers or pictures. 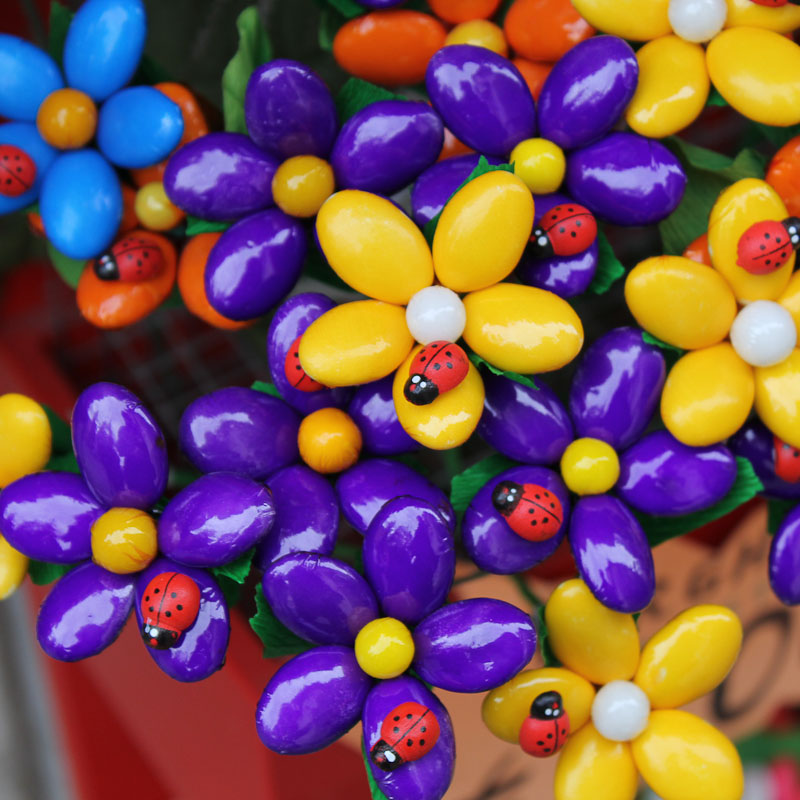 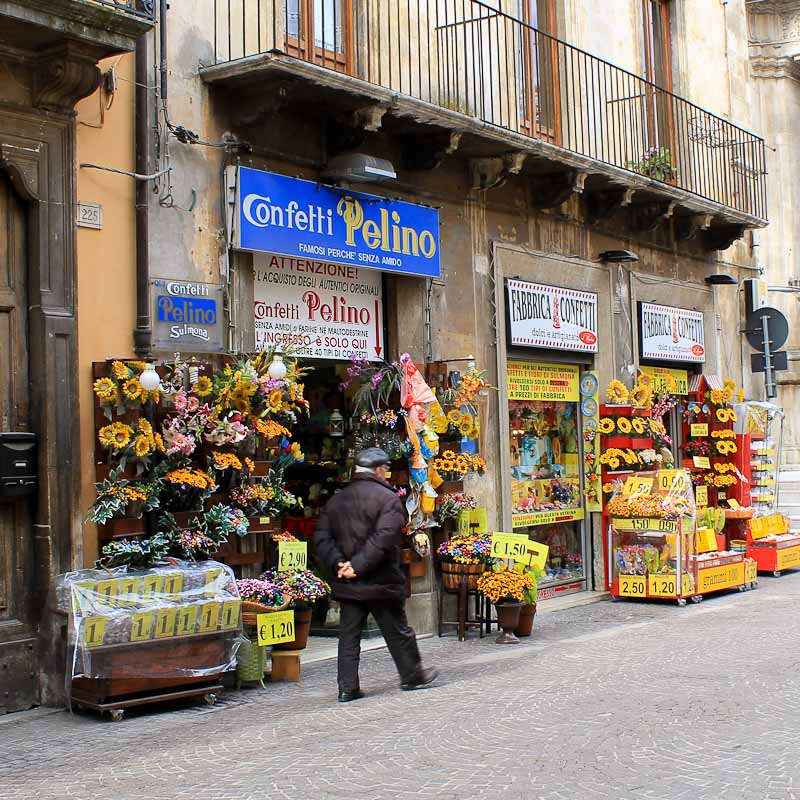 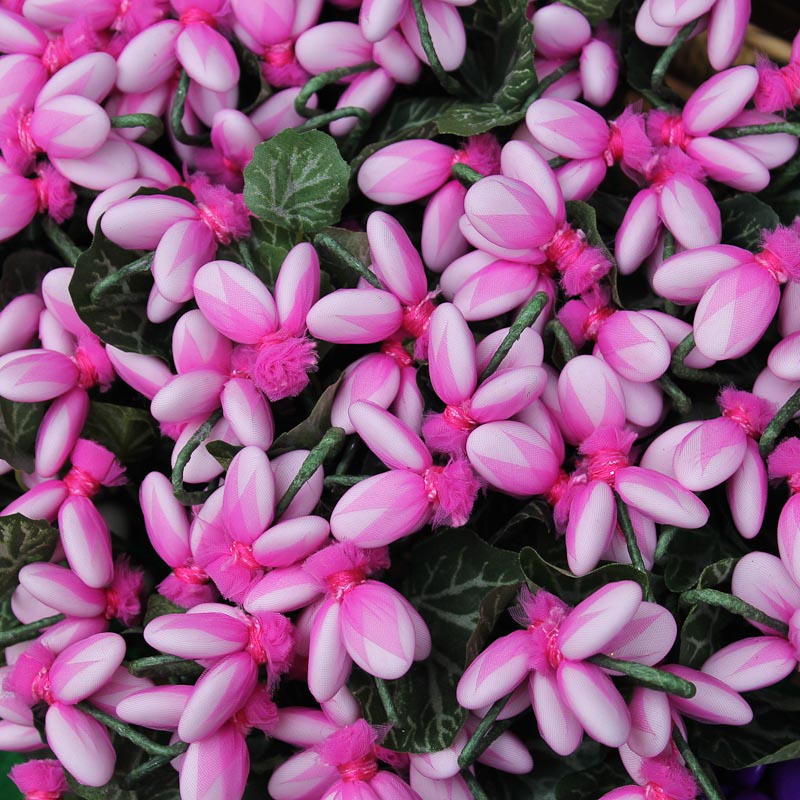 The symbolism of sugared almonds

In addition, the coloured sweets have been heavily invested with meaning. Guests at important family events are frequently given a small bag of candy to symbolize fertility, prosperity and good luck. According to the prevalent colour code, green dragée is used for engagements, the innocent white goes with weddings, while silver and gold mark silver and gold wedding anniversaries. The not very popular yellow dragée is reserved for second mariages. Pink and baby blue almonds accompany baptisms of newborn girls and boys, and red is reserved for graduations.

The main street in Sulmano is packed with shops selling confetti, and it is tempting to spend a few Euro on a colourful bouquet of candy flowers. After all, the flowers are eternal as long as they stay in their wrapping, says the man who sells me a handful of red poppies and happy sunflowers inhabited by tiny ladybirds as a sweet reminder of our last stay in Sulmona.