Things to see in Sulmona

Ancient history and colourful sweets are among the things to see in Sulmona. A smallish Abruzzo town with charm as massive as the surrounding mountains.


Driving into Sulmona from L’Aquila is like entering a closed square with mountains on all sides instead of buildings. In prehistoric times the plateau was occupied by a lake and permanent streams of clear water still irrigate the surrounding fields and vineyards. We park the car near a modernistic statue of Carlo Tresca, the Italian-American newspaper editor  and labor organizer, who was born in Sulmona and acquired fame as a leading public opponent of fascism, and set out to find the main attractions of Sulmona.

The poet Ovid on his plinth in his native town Sulmona

The main street is called Corso Ovidio after another native son. The Roman poet Ovid, known for his elegiac love poems most notably the Metamorphoses, was born in what he called a freezing cold “geldidus Sulmo” in 43 BC, and although he left town while still a teenager, his name can still be found all over Sulmona. The poet himself is frozen for eternity with a thoughtful hand under his chin on a plinth on Piazza XX Settembre. If you are in the mood to read love letters or recite elegant Latin verses, this must be the place to do it.

A remarkable example of Medieval engineering

Further down the main street we see one of the most beautiful Medieval aqueducts I have come across in Italy. L’Acquedotto di Sulmona was built in 1256 during the Swabian dynasty under Manfredi di Svevia, and it is a remarkable example of Medieval engineering. The 21 pointed arches are divided into three different sections in order to transport water from the river Gizio down to Sulmona in the valley, and in spite of several devastating earthquakes the structure remains intact.

To taste the water just cup your hands under the eye rolling stone mask on the old fountain and take a sip. The water is clean, fresh and cool all year round.

The market square on a slow Saturday in March.

Through the aqueduct we enter Piazza Garibaldi, Sulmona’s largest square, where you can see grown men slowly rocking a statue of Madonna to encounter another statue of the resurrected Christ during the “Madonna che scappa” procession on Easter Day. Another important event is the palio style Medieval festival called ‘Giostra Cavalleresca di Sulmona’ that takes place every year in the last week of July.

At all other times of year, Piazza Garibaldi hosts the bi-weekly markets, where you can buy fresh fruit and vegetables and local produce along with other household goods. When we were there the few market stalls sold odds and ends such as ceramic plates, old brass pots and pans, antique coffee mills, candlesticks and irons.

In Italy, Sulmona is the capital of the sugar coated almonds known as confetti. Italians use confetti candy to mark births, graduations, weddings and anniversaries, and most of the confetti is produced in Sulmona. The tradition is said to date back to the Romans who introduced the bomboniere as small gifts for each guest attending important family events. In the 15th century nuns at Sulmona’s Santa Chiara Monastery began wrapping the sweets in colourful paper and using them as mosaics to shape flowers, wheat stalks and baskets, and in this respect Sulmona’s sweetmakers still demonstrate a lot of skill and creativity.

Take a walk from one artisan shop to the other to admire the confetti art, or visit the Pelino Confetti Museum to see how the sugar coated almonds are made. It is very hard to leave Sulmona without a souvenir bouquet of almond mementos.

A quiet evening when the streets of Sulmona lie bathed in the yellow light of the street lamps.

At the end of the day

There are several good restaurants in Sulmona, so at the end of the day we went out looking for a place to eat maccheroni alla chitarra. Abruzzo is famous for its fresh spaghetti made by rolling pasta dough with a large rolling pin over metallic wires stretched out over wooden box like a guitar. The pasta is served with a tomato-based ragout and it tastes absolutely delicious accompanied by a glass of Montepulciano and a glimpse of a dark, narrow street illuminated by yellow lights.

When you’ve found the things to see in Sulmona, you might also want to check out these places: 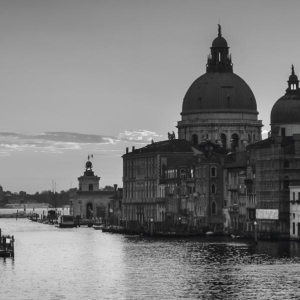 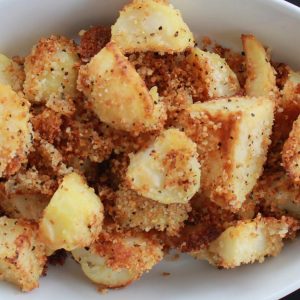