Guide to the best photo spots in Venice

Upon the initiative of French photographer Tamara Sredojevic, #SavingVenice aims to raise awareness and funds to restore Venetian architectural heritage. In this guest post, we have asked her to share her tips for the best photo spots in Venice.

In April 2016, I went back to Venice for the third time, eager to share its beauty with my partner, during a short romantic weekend. Despite its ageless wonders, Venice felt painful. Abandoned palaces were sinking in the water, sculptures were eaten by the salt and chemicals and real Venetians avoided tourists like they were invaders.

Shortly after I went back to London, I realised I did not want to accept this was the last time I would see Venice above water.

So I decided to partner with the Comité Français pour la Sauvegarde de Venise and sell pictures of Venice, donating half of the revenue to the association.

For Italian Notes, I give you my hidden shooting spots to create #SavingVenice pictures. 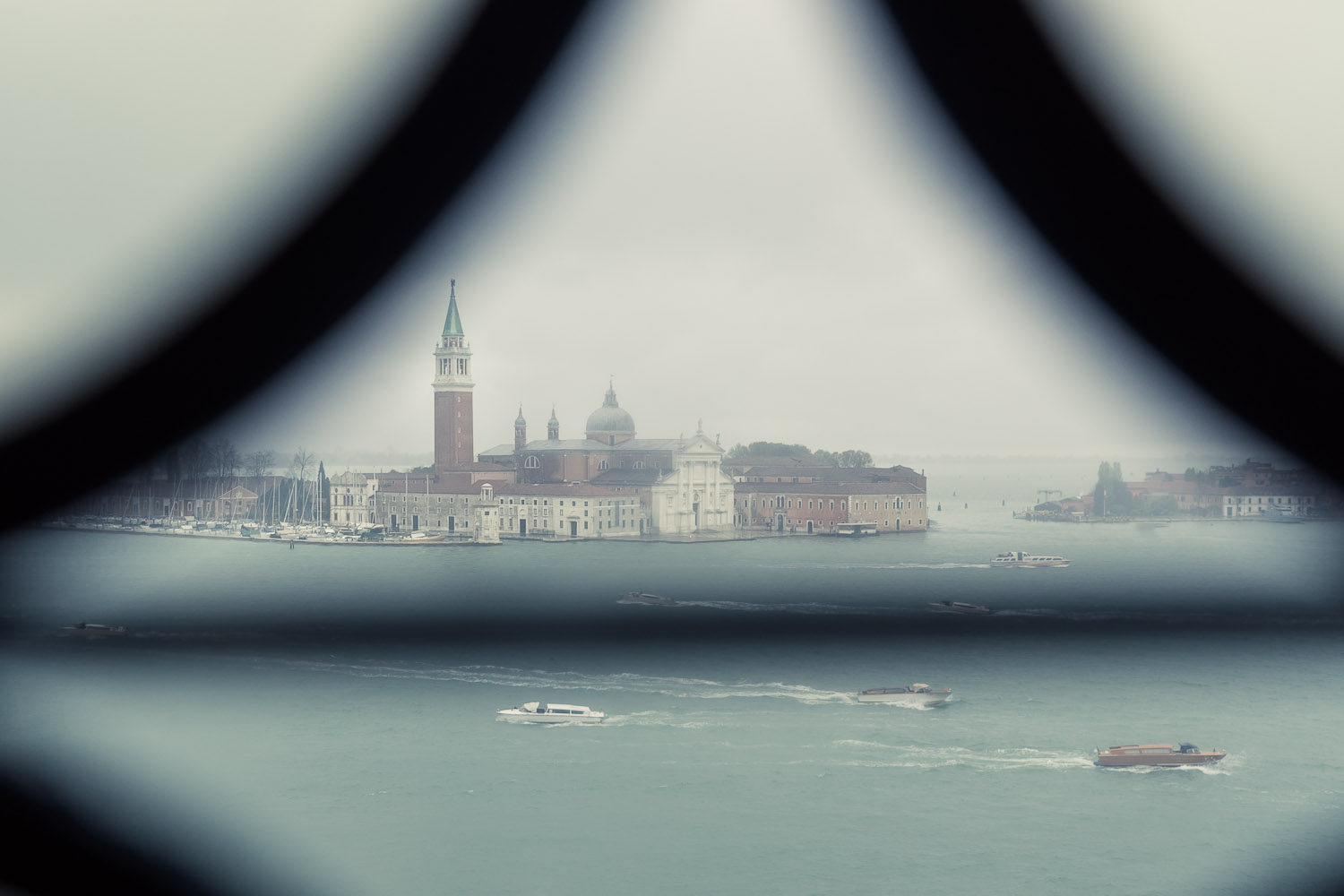 Best seen from the inside of the Doge’s Palace, facing the island. The old windows give a natural dreamy filter to the view, which reminded me of Canaletto paintings. If you’re not very tall like me, you’ll probably have to raise the camera above your head and shoot blindly. It’s still worth it. 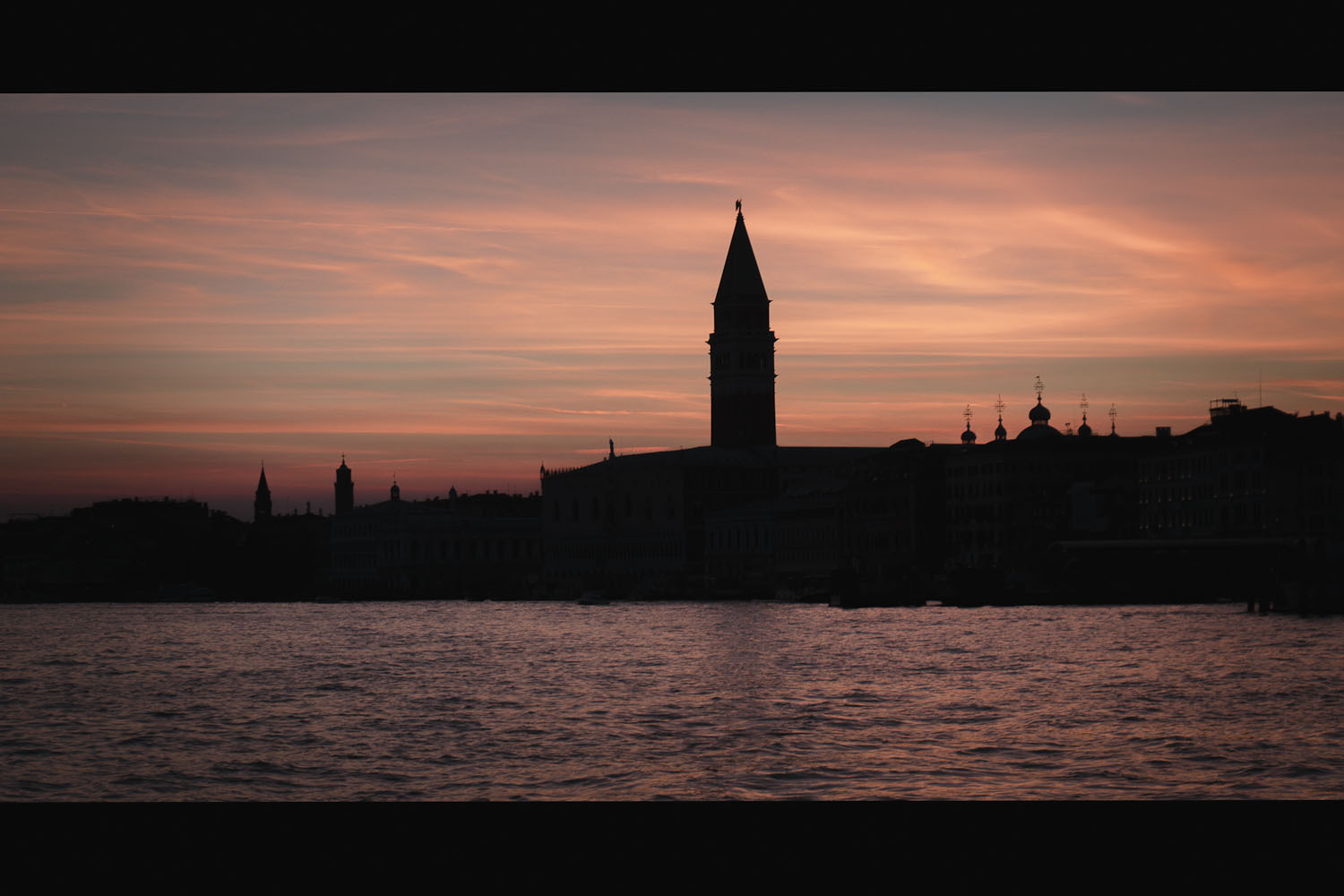 Timing is everything, when you are trying to capture the atmosphere of Piazza San Marco. Photo by Tamara Sredojevic #SavingVenice

Photography is all about timing. So get on a vaporetto departing from San Marco for the Lido island (line 1), around 6pm (in Spring). If the sky is clear, you can capture a great sunset with San Marco Basilica and bell tower silhouettes. 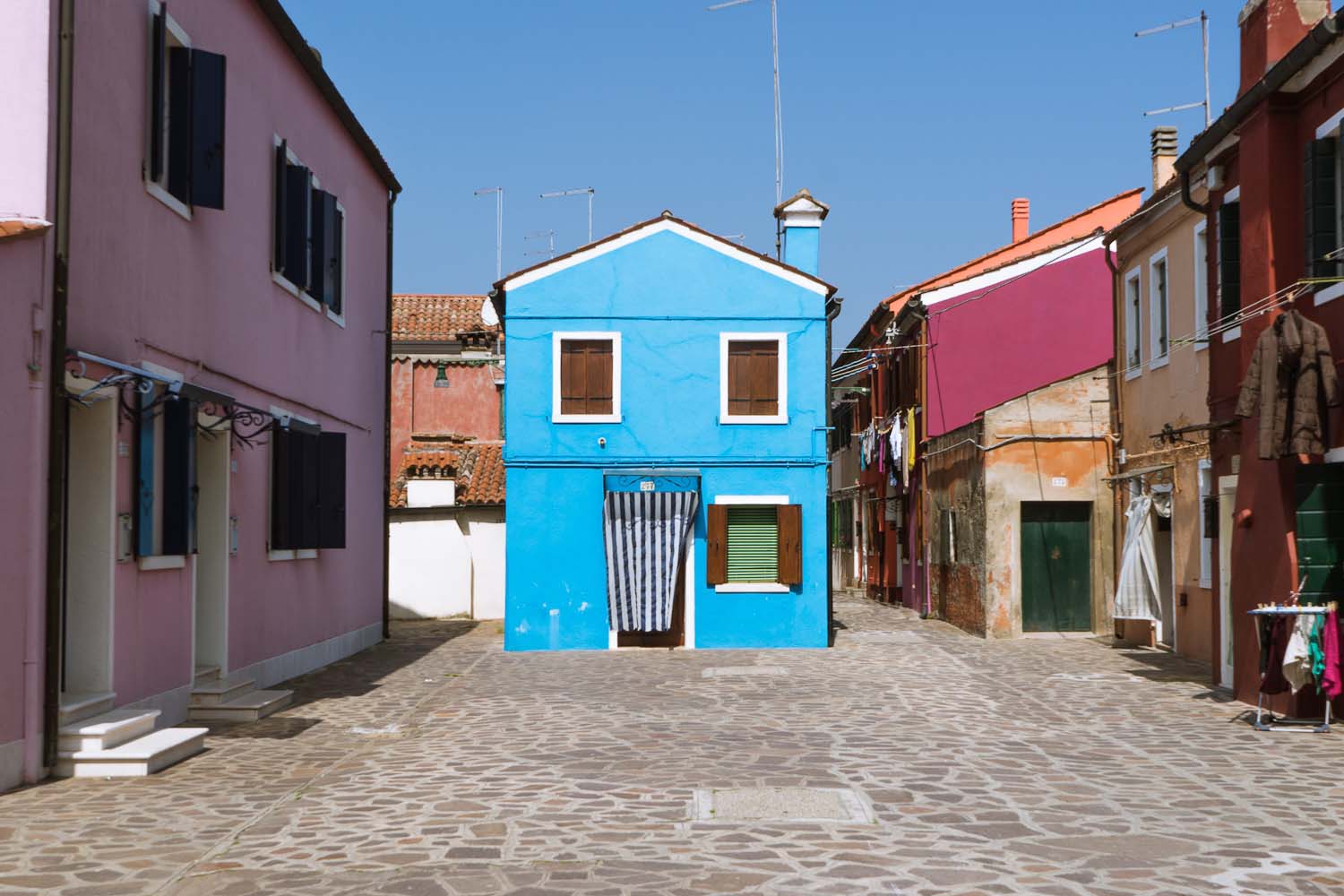 The colourful houses on Burano by Tamara Sredojevic #SavingVenice

Burano island is famous for its colourful houses, which make the place look like a film set. The sad thing is you won’t see many Venetians here, especially during the day, as you can see in this shot. Wait until dinner time to get to meet the locals and make great portraits instead. 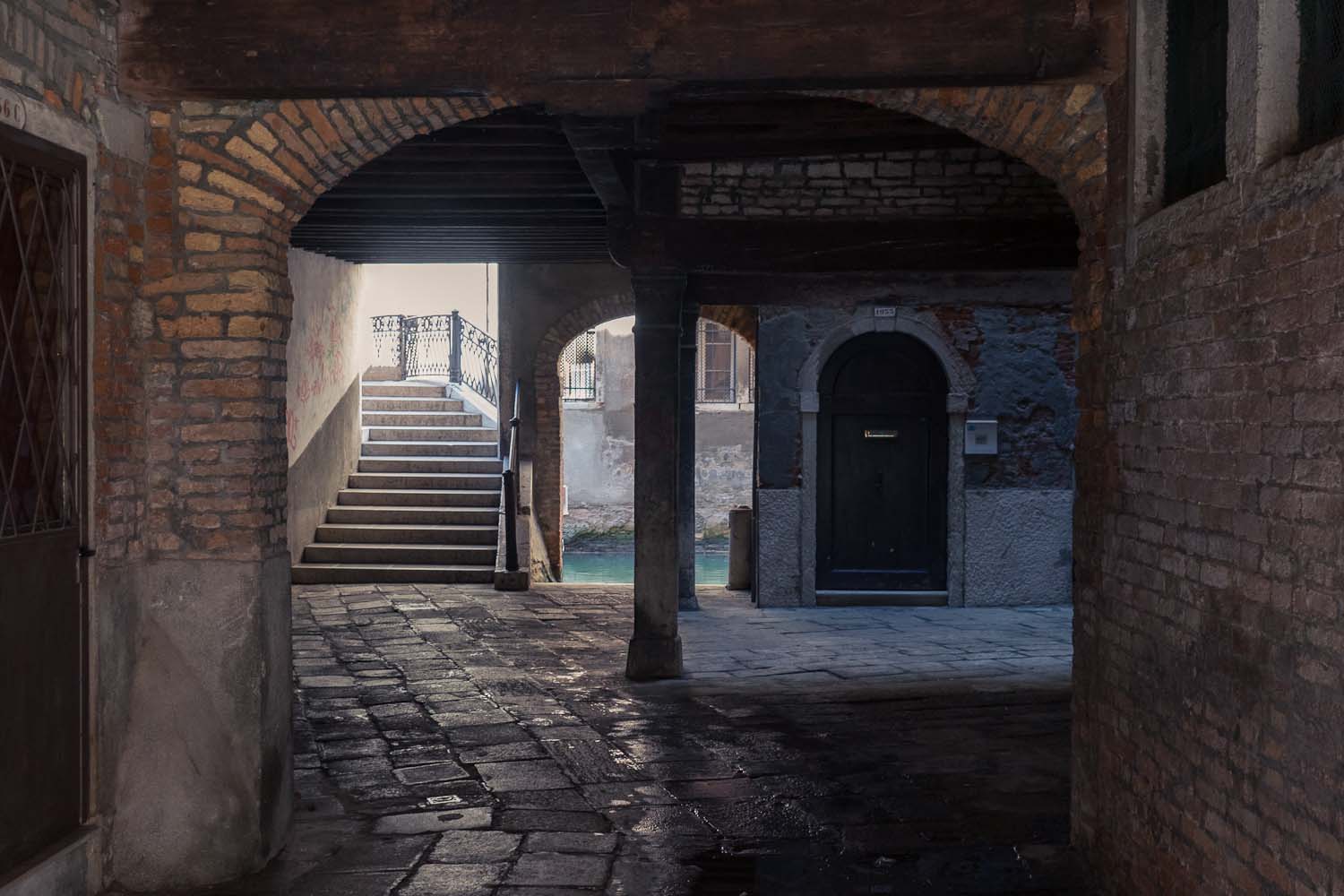 Every canal in Venice has some magic photo spots. This is near Calle Bianca Cappello. Photo by Tamara Sredojevic #SavingVenice

We’ve all heard about Canal Grande which is one of the most beautiful roads of the world, despite its sinking palaces. But Venice has plenty of smaller canals all over the city. In this shot, you can see the water went above the edge and the cobblestones are still drying. To find this spot, start from Piazza San Marco and head towards Calle Bianca Cappello. 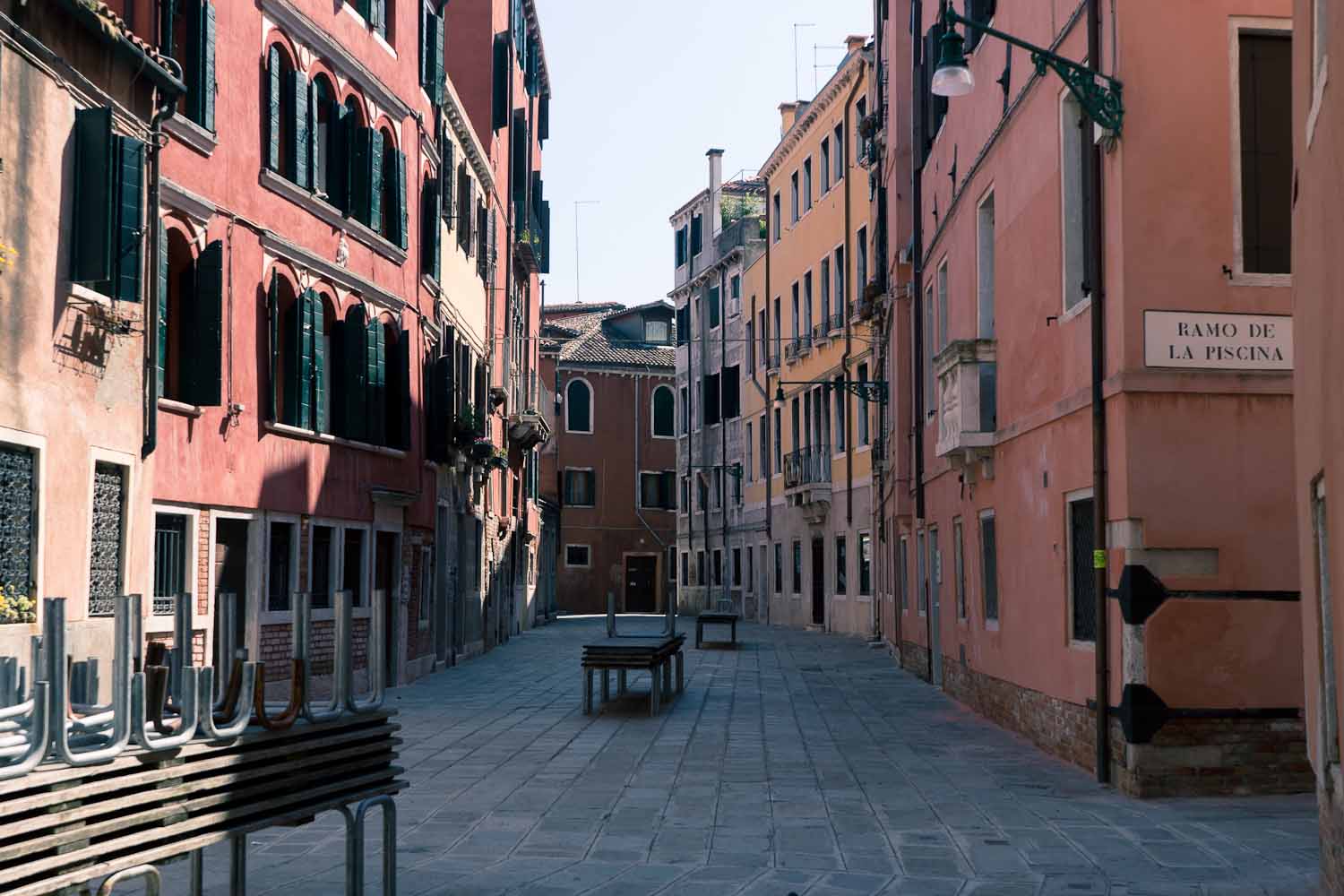 In this shot, near ‘Ramo de la piscina’ (which means ‘swimming pool’ in Italian), we find a subtle reminder that Venice gets flooded all the time. As you can see, the city is always ready for ‘acqua alta’ (literally ‘high water’), with wooden installations waiting to be spread out in the streets, so people don’t actually walk in the water when it comes.

If like me, you love Venice and what it stands for, get your #SavingVenice picture from www.gimmeacamera.com/savingvenice and help us raise funds and awareness for the city’s restoration.

French photographer based in London, Tamara Sredojevic started her career as a video editor in Paris, after studying at Oxford Brookes University. Her work focuses on historic architecture & heritage interiors in Europe and across the world.

In 2016, her pictures were exhibited at the London Photo Festival and PASSAGEN 2016 (Interior Design Week in Cologne). She is also the founder of #SavingVenice, a photo project which aims to raise awareness and funds to restore Venetian architectural heritage.