A village in Monferrato Italy

We dropped into Grazzano Badoglio in Monferrato as an instance of pure serendipity. The tiny village halfway between Asti and Casale Monferrato in Piedmont looked more or less deserted in the winter sun. If the place really has a population of 615 souls, they sure weren’t at home this morning. Even the butcher’s Macelleria remained closed.

Still, we could not resist the temptation of a quick look around, and fell over a plaque commemorating Pietro Badoglio.  Pietro Badoglio was born in Grazzano in 1871. He served as an Italian general in both World Wars. And he became Prime Minister of Italy in 1943, when Mussolini was removed from power.

In spite of the credentials, Badoglio was a controversial hero. Various sources blame him for the disasterous Battle of Caporetto in 1917 and the brutal invasion of Ethiopia in 1935, where he authorized the use of mustard gas against the Ethiopian army.

Pictures from Grazzano Badoglio in the Monferrato part of Piedmont.

After WWII Pietro Badaglio could well have been tried for war crimes, but the Allied Forces appreciated his role in the aftermath of fascism, and in 1947 he retired to his home village.

The village had changed its name from Grazzano Monferrato to Grazzano Badoglio in honour of the military leader in 1939. And in 1937 the family home had been converted into an asylum for young children. This was where Badoglio’s life started and ended, and today it is supposed to be a museum.

We sneaked a look into the yard without seeing any signs or people indicating that the place might be open to the public. Pietro Badoglio only gets a cursory mention under Grazzano in the Italian Wikipedia, so perhaps his importance and reputation is fading along with the otherwise charming hilltop village. 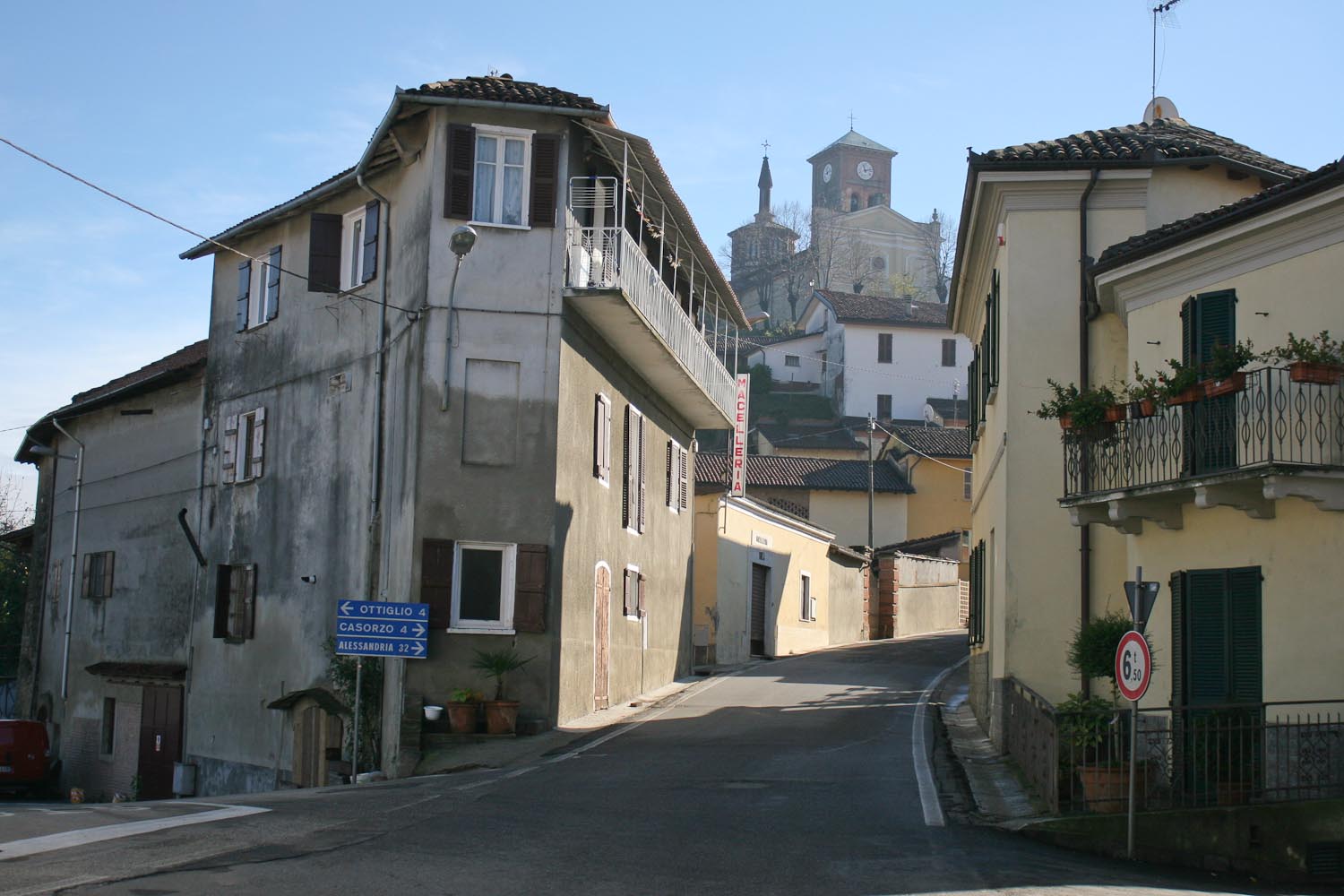 The quiet centre of Grazzano Badoglio

Romantic getaway from which you can explore the best of Asti