The Cathedral of Anagni

Few religious buildings are so convinced of their own worth that they charge visitors a 9 euro fee for admission. One of the few is the Cathedral of Anagni.

On the front door of the Cathedral of Anagni there’s a sign saying that church entrance is for worshippers only. Visitors are referred to the museum three steps down in an annex of sorts.

We arrive a few minutes early and have to wait under the bell tower as a female custodian goes around unlocking one door after the other. She doesn’t acknowledge our presence, but we follow her inside to the museum’s centre of command, where nine surveillance screens keep an eye on church treasures and visitor behaviour. This is a place where rules are meant to be obeyed. 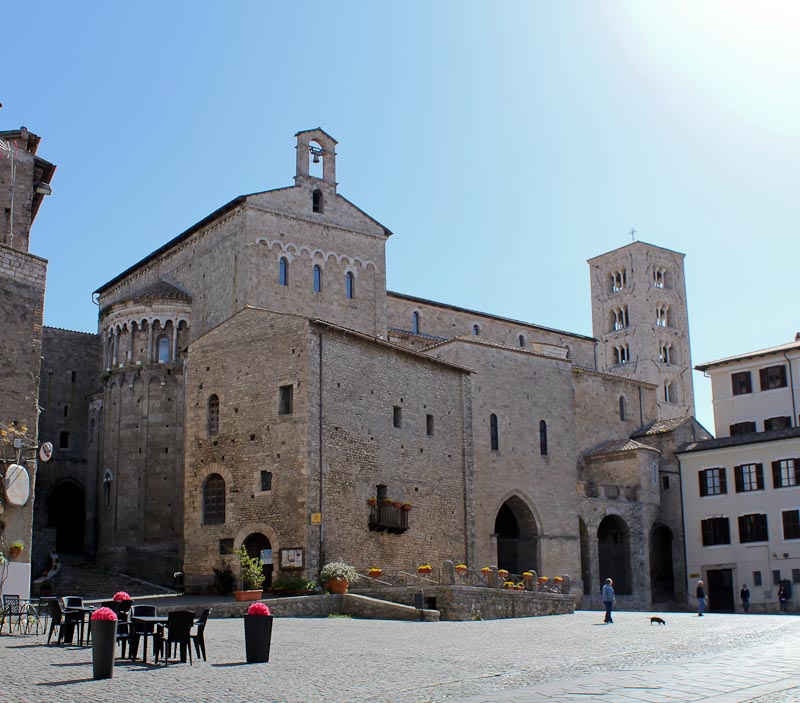 The Cathedral of Anagni seen from Piazza Duomo

Old Bones in the Treasury

After having bought two 9 euro tickets, we walk inside as the first visitors of the day. It’s nice to have the library and the sacristy to ourselves and there is plenty of time to study the displayed texts that represent some of the earliest experiments with print from the 16th century. Other items in the treasury include vestiges, pointed Bishops’ hats and sticks and shrines in silver and gold. An inconspicuous shrine claims to hold a rag of the dress that once belonged to the Holy Virgin, but according to a pamphlet the most valuable exhibit is Thomas Becket’s casket from the 9th century.

I made a note to myself to find out what links the English Bishop, who was assassinated in Canterbury in 1170, to the Cathedral of Anagni for there’s no explanation on site. So far, I haven’t been able to dig up an answer, but it seems that the remains of this most famous of clerical martyrs have been spread thinly across Europe, and some experts  claim there can hardly have been enough of Becket to go round. Still, they are obviously proud of the bit of Becket bone or cloth that has made its way to Anagni. 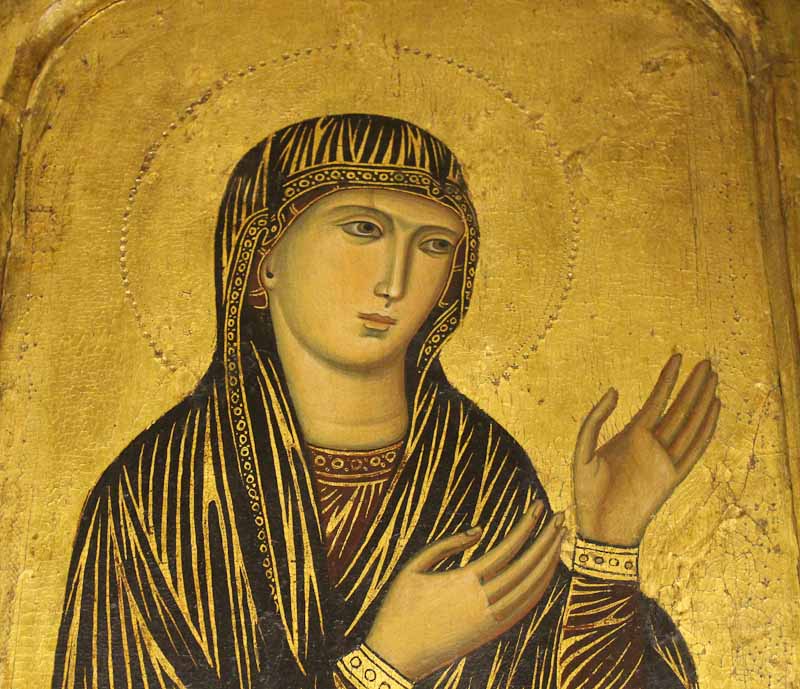 From the upper rooms of the museum a staircase leads down to the cathedral with its mashup of styles typical for an edifice that has been enlarged, improved and refurbished several times through the centuries. We admire the cosmatesque pavement of inlay stonework with its intricate geometric patterns, and a painting of the Virgin with a very grown up looking baby Jesus in her lap. Apparently there have been mammoni in Italy for centuries. 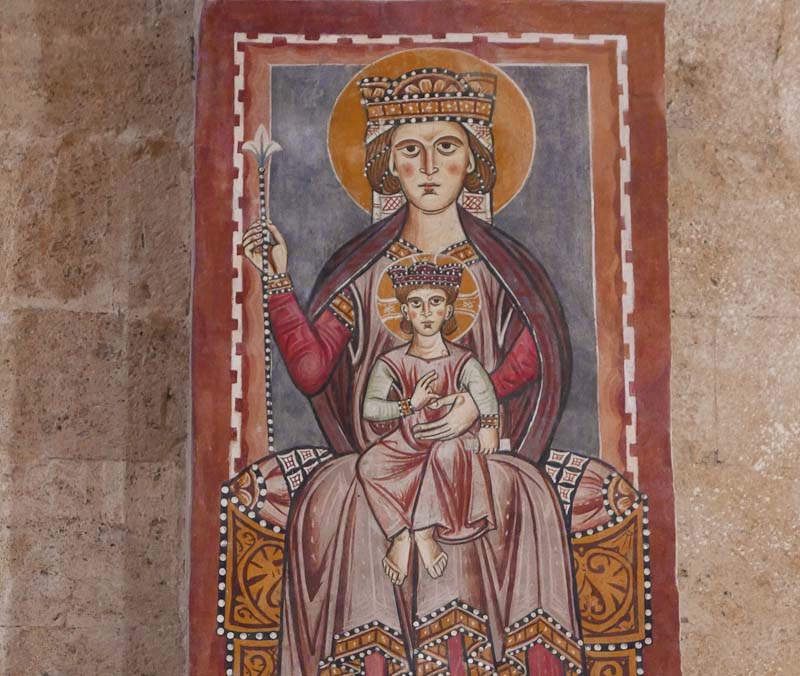 Fresco of the Holy Virgin with a grown up looking child in her lap.

The tour ends in the crypts that are the Cathedral of Anagni’s real claim to fame. Two basement rooms that have been used as funeral chambers are so heavily decorated with 12th century frescoes it takes your breath away. In the first crypt shaped as the upturned hull of a ship, frescoes are flaked and faded, but you can still make out sword swinging Templar knights and scenes from the testaments. The other crypt is magnificent in the colours and state of the paintings that fill every inch of the walls and the arched ceilings. The blues are particularly vibrant as are the stories and beliefs lined up in this medieval picture book. Particularly a scientific and philosophical rendition of man’s life in relation to the seasons, the humours and the elements.

It’s amazing that a thousand year old work of art like this can still be open to the public, even if photography is prohibited and we are only allowed to enter for 20 minutes every half hour. When the lights go out the crypt is off limits, and the micro-climate is given 10 minutes to adjust before the next group of visitors enter to look around the mindset of the 12th century.