Umbria has a proud tradition for keeping the ancient crafts alive in contemporary work.  An example is wrought iron that is still produced and used throughout the region.

My hunt for wrought iron crafts in Umbria started, when I was struck by a lamp post. Standing outside a post office in Perugia, two heavily ornamental and slightly rusty ironworks add fantasy and fabulation to a serene entrance.  The crude metal has been wound, twisted, stamped and battered into a wild fusion of leaves, flowers and fruit decorations ending in five hanging lamps like the crown compass over a captain’s bunk in old merchant ships. The lamp posts look heavy and laborious, and it’s amazing to think how much material and work has been invested in such a minor architectural detail.

Guided by these lamp posts, I started looking for more wrought iron work on visits to Umbria and found it everywhere. In the countryside, iron gates mark the entrance to most private properties and free standing houses are ‘sotto ferro’ in the sense that iron bars protect doors and windows from burglary. In the cities, the blacksmiths have forged the railings of balconies and window boxes that cascade real flowers over elegant piazzas and narrow lanes. Old houses have retained their ancient door knockers, nails and bolts in cast iron.  Street lamps and church chandeliers demonstrate the local iron master’s skills. Outdoor cafes serve espresso on tables supported by metal frames, wrought iron chairs make a welcome contrast to the cheap plastic furniture and bakers and barbershops announce their presence with artistic wrought iron signs.

Apparently the production of wrought iron has been widespread in Umbria since the Middle Ages. Today the craft is being updated by workshops found in Assisi, Citta’ della Pieve and in the villages around Lake Trasimeno. Related activities such as the reproduction of ancient weapons and armour have developed in Gubbio, while the blacksmiths in Villamagina specialize in iron tools like files and rasps, and their colleagues in Preci produce surgical instruments. 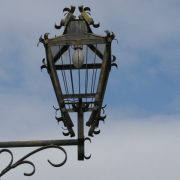 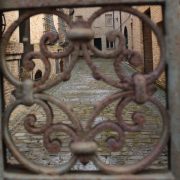 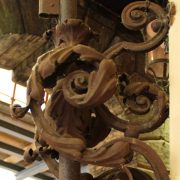 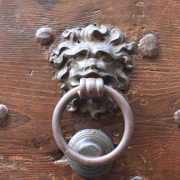 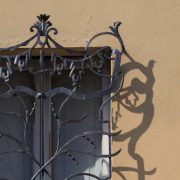 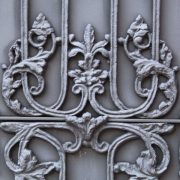 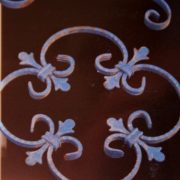 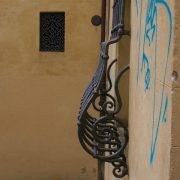 The production of iron tools and ferro battuto decorations is not limited to Umbria. In every Italian region there are workshops producing artisan products, even though it is increasingly hard for the traditional crafts to remain competitive.

Already in the 1950s, the journalist Guido Piovene interviewed a blacksmith in Perugia, who explained the situation:

‘They say the artisan crafts are the pride of Italy; their example teaches us to persist with individual work, and preserve the human dignity by refusing to give in to machinery. Yesterday, I amazed two Englishmen by making a rose in 10 minutes in front of their very eyes. But a pheasant or a grouse require 10 days, and the price does not match the work. I don’t have money to spare, no help.’

A contemporary ‘Viaggio in Italia’ would probably reach the same conclusion. From this point of view, it’s a wonder that the old artisan crafts survive in Italy, and that I can still be struck by the delicate beauty of a wrought iron lamppost.

If you want to discover more about wrought iron crafts in Umbrian visit the  Museo Arti e Mestieri dell’Umbria in Assisi.

Chicken with almonds and apricots 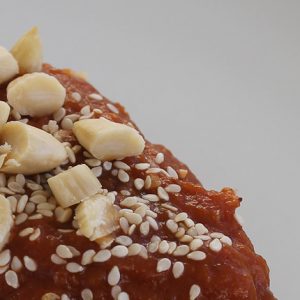 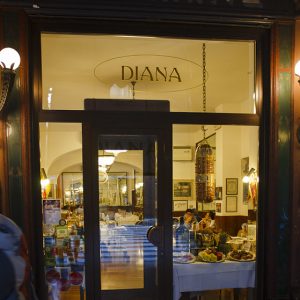