The Three Wonders of Galatina

The bit off finger of a saint, a cure for frenetic dancing and a lavishly decorated church range among the wonders of Galatina.

If you are holidaying around Lecce, Gallipoli, Otranto or Leuca, don’t miss a visit to Galatina. The town inhabited by just 27,216 people contains three of the most evocative and legendary sights on the Salentino peninsula.

We arrived on a gusty Sunday in July just before noon at the time when every Italian family is indoors getting ready for Sunday dinner, and headed straight for the Basilica di Santa Catarina d’Alessandria, the first wonder of Galatina. 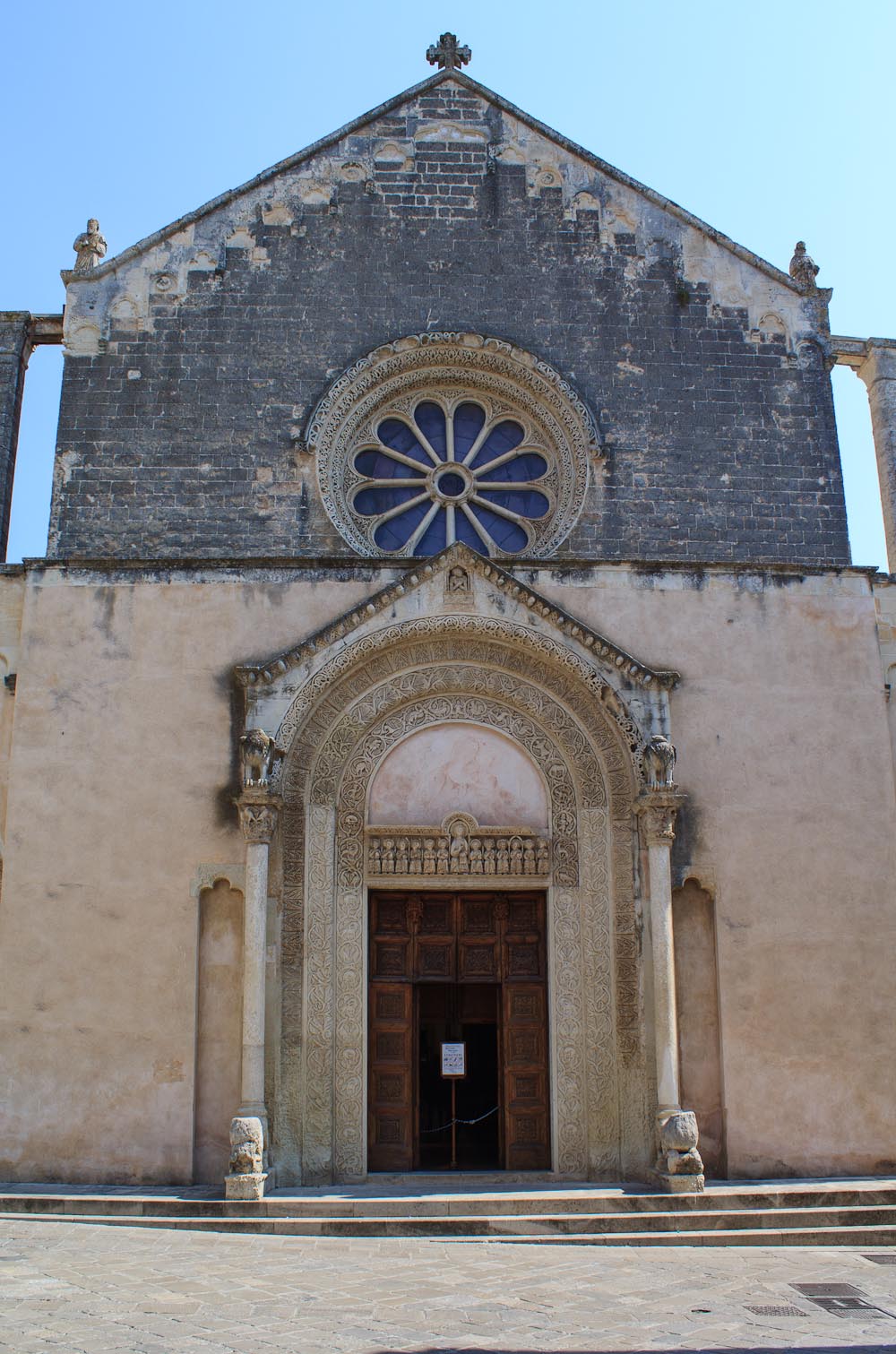 The unadorned front of Basilica Santa Catarina does not reveal the wonderful frescoes inside.

A Picture Bible in Vibrant Colours

The church which was commenced by the immensely rich, nobleman, Raimondello Orsini del Balzo in 1369 and completed by his wife the countess of Lecce, Maria d’Enghien in 1405 is a national Italian monument, who hired painters from all over Italy to decorate the interior of the church. These painters were clearly inspired by Giotto’s work on the Scrovegni Chapel in Padua, and they adorned the church with vast pictorial cycles depicting the seven sacraments.

The result is some of the most realistic and vibrant 15th century frescoes to be found anywhere in Southern Italy. The vivid hues range from emerald green over deep midnight blue, to amber, golden and honeyed yellow, vermilion, burgundy and a pale rosy pink. The characters in the main cycle are three-dimensional and naturalistic with nicely draped clothes.

The overall impression was breathtaking, but my appreciation of the site was disturbed by overzealous custodians trying to prevent people from taking photographs. Their battle against mobile phones and mini cameras was mainly futile, but I always find such rigorous policies annoying. A snapshot without the use of flash lights will not harm the frescoes, there were no worshippers present who might be disturbed, and even in St. Peter’s Cathedral in Rome tourists are allowed to take home as many souvenir photographs as they like. A ban on photography does not make sense, unless you want people to forget about the place as soon as they have left. 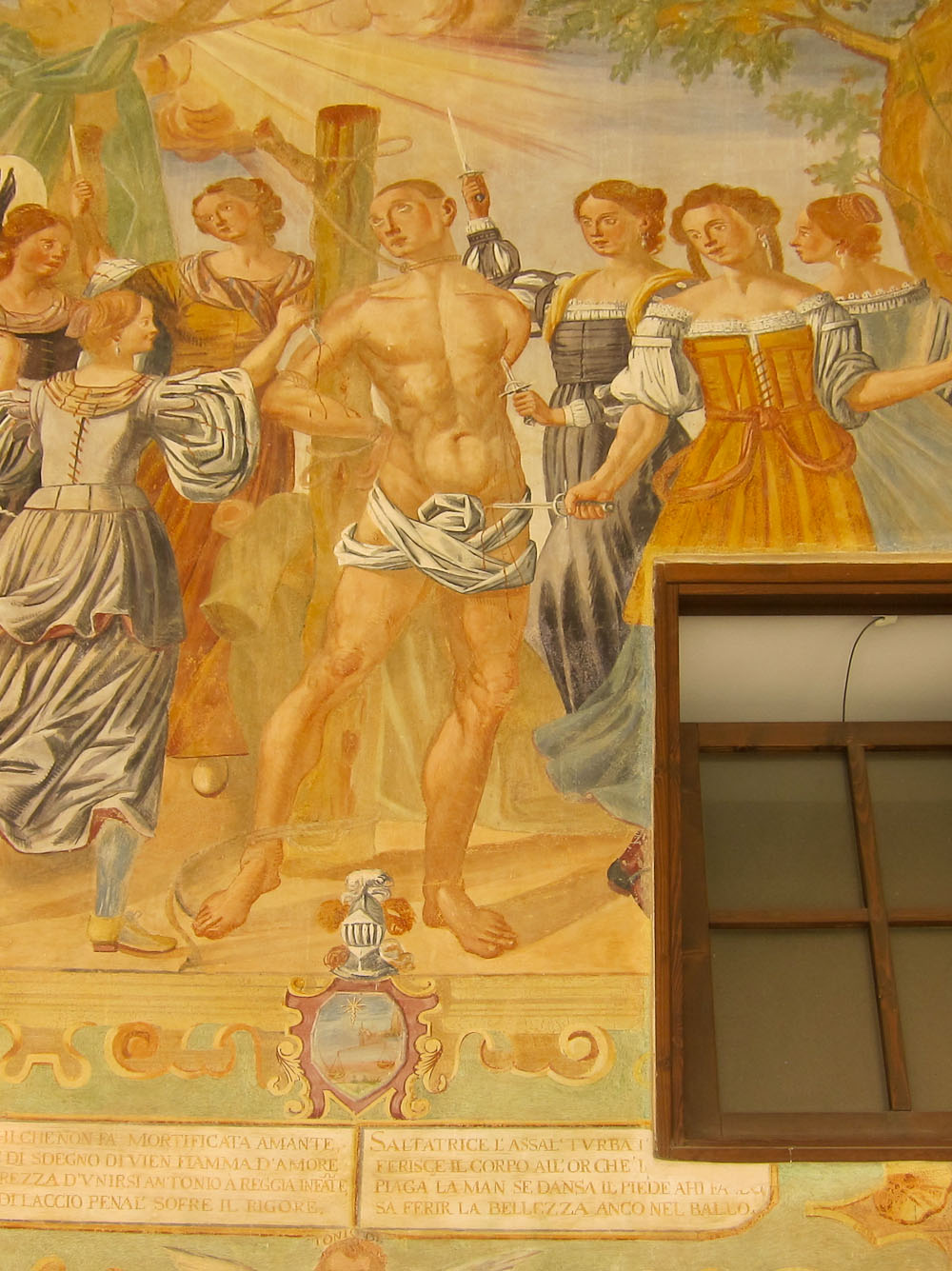 One of the brutal frescoes decorating the cloister next door to Basilica Santa Catarina.

The Relic of a Saint

We avoided the custodians as best we could and went to look for the second wonder of Galatina: A silver shrine containing the finger of Saint Catherine of Alexandria.

Legend has it, that during a crusade Raimondello had stopped at the monastery on Mount Sinai, where the body of the virgin martyr had been found some years earlier with hair still growing and leaking a constant stream of healing oil. When Raimondello kissed the saint’s hand, he bit off her finger and brought it home to Galatina, where it has been kept in a silver shrine ever since.

We didn’t actually see the finger, but we found a square cloister in a monastery by the church and spent some time taking spiteful pictures of the brutal 17th century frescos decorating the colonnades. 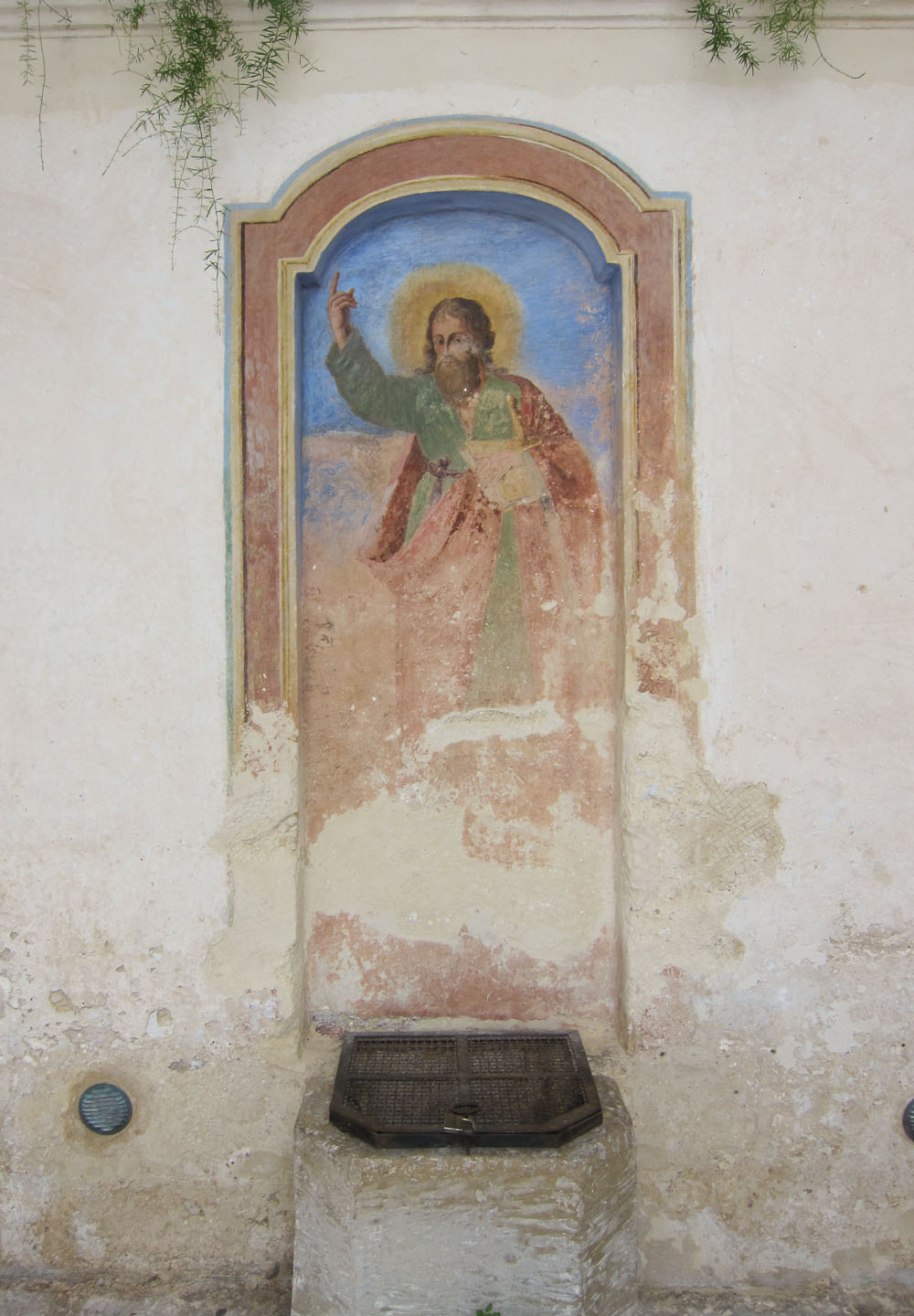 A locked iron grid prevents people from drinking from the miraculous well.

Spider Dance Around a Miraculous Well

Outside in the scorching sun we had time to admire the numerous old palazzos lining the streets of Galatina, and seeing the tourist information office open, we stopped by for a chat. We were engaged by an extremely enthusiastic and knowledgeable young man called Antonio, who told us the legend and guided us to the third wonder of Galatina.

I had all but forgotten that Galatina holds a special position in the cult of tarantism, the illness caused by a bite of the tarantula spider and forcing the victim to dance the frenzied tarantella until they collapsed. Once a year on June 29, the tarantate would make a pilgrimage to Galatina to pray to Saint Paul as the protector against poisonous animal bites and insect stings.

According to Antonio, Saint Paul was known to have accomplished a miracle on the island of Malta, where he was attacked by a snake while attempting to light a fire. He managed to free himself without being bitten, and a number of people were convinced about his divine powers and converted to Christianity. A few months later, the Apostle Saint Paul stopped in Galatina on his way to Rome. He was offered board and lodging by a noble family and in return he gave them a magic well to cure maladies inflicted by poisonous animal bites.

This well and the tiny chapel in via Garibaldi 7 has been the centre of tarantism for centuries. On Saint Paul’s feast day the 29th June victims of tarantism from all over Salento who were mostly women would come to Galatina and perform a ritual of exorcism that involved a drink from the miraculous well which was vomited directly back into the water, a visit to the chapel and the performance of a spider-dance to the sound of accordion, tambourine, violin and guitar.

In the 1960s the church condemned the rituals and for the people of Galatina the tarantismo became taboo. The dance could in some instances be frivolous and obscene with women ripping their clothes off and climbing the walls, the rituals were seen as reminders of an unenlightened peasant culture, and the miraculous well contaminated more people than it cured. The chapel and the Saint Paul’s well which is located inside a courtyard to a private palazzo fell into disrepair and was closed off for the public.

The sites have recently been restored and reopened, and Antonio emphasized that even if there are no more victims who have been compelled to dance after the bite of a spider, musicians and dancers of all ages still flock to Galatina on June 29 to play the traditional peasant songs, wave the coloured scarves and dance the tarantella. And this cult obviously qualifies as the third wonder of Galatina. 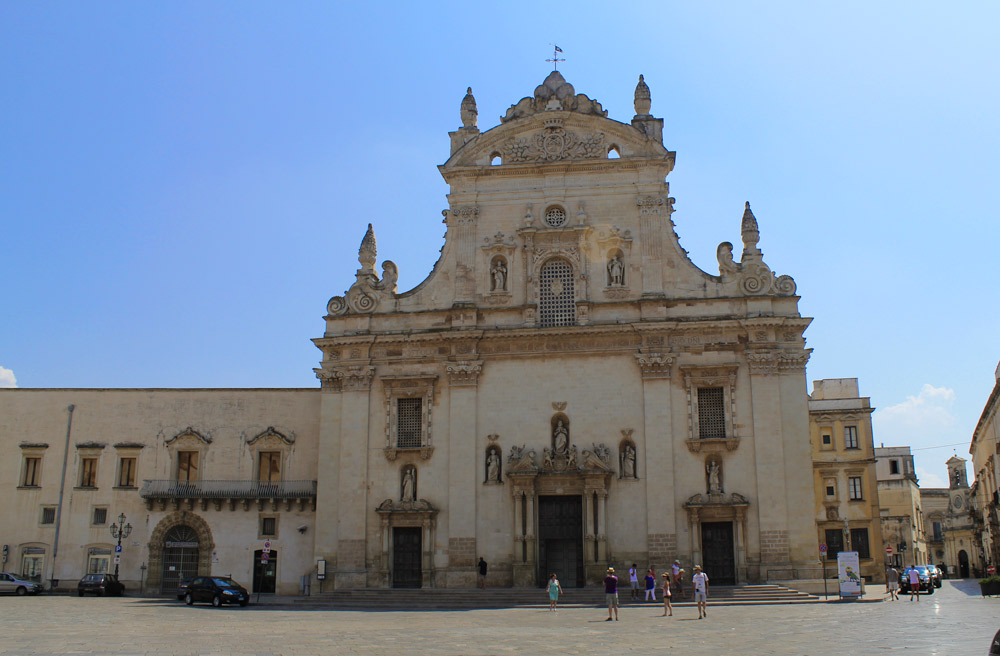 Architecture in the historic centre of Galatina shows the proximity to Lecce.