What to see in Molise

My list of what to see in Molise – one of the least known regions in Italy with proud traditions for bell founding, knife forging and bagpipes.

Three meager pages are all my battered old Lonely Planet from 1996 dedicates to Molise in central Italy, but the lack of obvious tourist appeal can also be seen as one of the region’s finest attractions.

Molise was part of the Abruzzi – then in plural – until 1963, when it became an independent region divided by mountains and ravines that have made communication difficult and helped to preserve a slightly back-ward rural atmosphere. With landscapes and towns still marked by devastating earthquakes and heavy battles during the World War II.

Here are some suggestions on what to see in Molise’s two provinces Campobasso and Isernia. 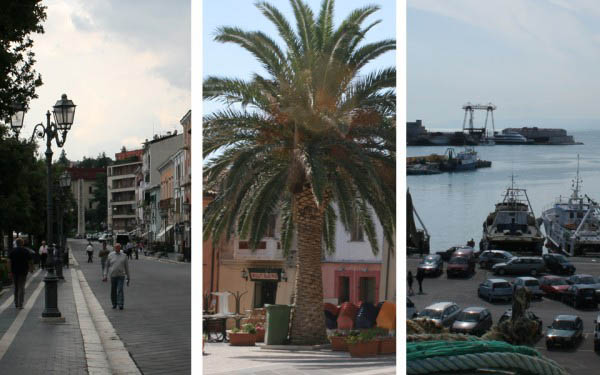 Photos from Campobasso (left) and Termoli (centre, right) on the Adriatic coast.

Around Campobasso
The regional capital Campobasso stands out as one of the most cracked up, divided cities I have ever seen. Deep ravines and valleys make it difficult to get around, so I only caught a glimpse of the old castle Castello Monforte and centro storico on a distant hilltop. The commercial city center is mainly modern and not particularly interesting unless you are a wannabe carabinieri checking out the surroundings of the national military police training academy.

Outside Campobasso you can visit the well preserved Roman ruins in Saepinum. There’s good skiing and  hiking country in Monti del Matese, where you can follow the old tratturi droving trails that join the pastures of Abruzzo with Puglia. And Termoli on the Adriatic coast is a fantastic summer holiday destination, if you want to combine beach life with trademark shopping, old fishing traditions and historic drama. The short stretch of coast offers wide sandy beaches surrounded by dunes and pinewoods. There is colourful local life and medieval sites to observe around the charming borgo. And the emerald waters of the three magic Tremiti islands are only a ferry away. 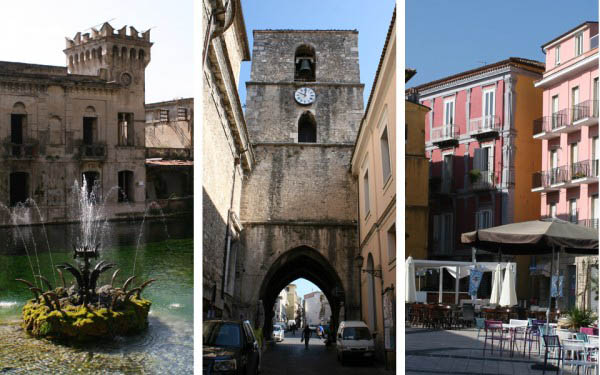 The pictures were taken in Venafro and Isernia.

Isernia and one of the oldest settlements in Europe
The historic centre of Isernia is a well restored beauty, complete with an original Roman cardo maximus  fanning out into a labyrinth of narrow streets and alleys. The town is believed to have been one of the oldest settlements in Europe as archeologists have found 700,000 year old traces of fire used by humans. And there are other places of archeological interest in the area like the charming hilltowns Pietrabbondante and Venafro.

Other places to note are the village Agnone that has specialized in bellfounding. Frosolone which is well known for knife forging. And Scapoli where they have this thing – and a museum – about bagpipes.

In other words there are lots of interesting stuff to discover in Molise.