A mysterious whalebone in Verona

A mysterious, ancient whalebone in Verona spurs the imagination of mythomaniacs and rambling tourists.

We might as well admit it: We are all unfair liars in Verona. That’s my conclusion after having observed the archway between Piazza della Erbe and Piazza dei Signori for a considerable period of time and seeing hundreds of people pass beneath the suspended whalebone without affecting as much as a quiver. According to legend, the whalebone should fall on the first truthful and just person to walk through, but so far the old bone has stayed put. In spite of the fact, that every visiting pope and dignitary has been dragged through the archway.

You may well wonder what a whaler’s souvenir is doing in the centre of a landlocked city, and as in most such cases there’s no definitive answer. The whalebone in Verona could be a relic from the Holy Land or a fossil found in the Lessini hills outside the city. No one knows for sure.

What we do know is that the whalebone hangs beneath a catwalk connecting the former city hall with the magistrates’ quarters. By making an elevated passageway between the two buildings, judges and magistrates could avoid being approached by louts and petty petitioners hanging around in the streets below. This might explain the leap of faith from the archway to justice and truth.

How did it get there?

The origin of the whalebone is even more obscure. Some claim it is a kind of relic brought back from Israel by the Crusaders and displayed as a votive offering. Others tend to believe the bone is a fossil of a prehistoric marine reptile like the ichthyosaurs found in the pre-alpine mountains outside Verona and hung up as a kind of superstitious protection. And then there are those who maintain that the bone is a souvenir brought to Verona by soldiers participating in the Battle of Lepanto in 1571.

The most likely hypothesis, however, is that the whalebone is an early marketing gimmick for a pharmacy that opened on the corner of the square. This would make sense at a time, when grated whalebone powder was said to have medicinal qualities. But there is no certainty.

Apart from the fact that the whalebone in Verona has been part of public life since the early 17th century, as the object has been captured in both painting and print. 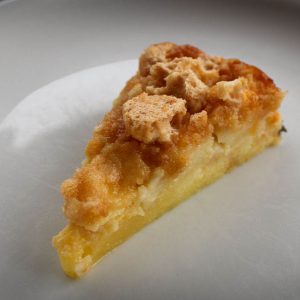 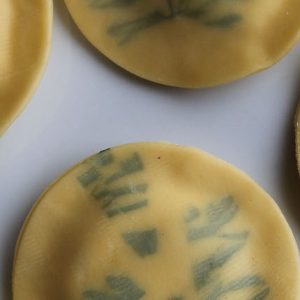 Ravioli with ricotta and parsley
Scroll to top