A visit to the small Barolo villages will introduce you to some of the best wines in Italy. And to an enchanting world of terraced vineyards, medieval castles and tiny hilltowns.


Barolo is a wine district located in the Langhe hills south of the truffle capital Alba in the Cuneo province of Piedmont, and despite production figures of around 10 million bottles a year, the zone is relatively small. The same goes for the villages scattered among the hills. Most of the villages have less than 1000 inhabitants and many houses seem to have been taken over by the tourist industry – either as temporary dwellings and hotels or as restaurants and enoteche. Still, it is highly enjoyable to explore these tiny villages, sample the diversity and enjoy the surrounding Barolo landscapes. And short distances mean that you can hike or bike your way around. Here’s a nice itinerary for a daytrip to the Barolo villages by car. 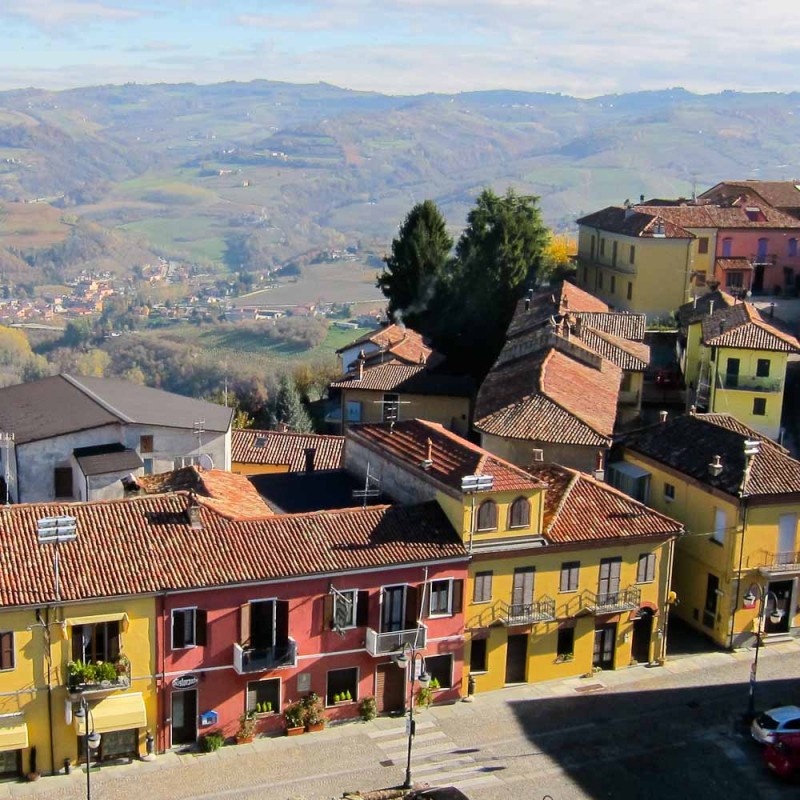 In Diano d’Alba there’s a hill with a perfect view of the town and the Barolo area.

We started out in Diano d’Alba, which is not a fully-fledged Barolo village in as much as they do grow other grapes than nebbiolo, but with a population of 3.500 inhabitants it is the largest town in the area, and given the altitude of 496 m also the place with the best western panoramic view. From the small park above the church you can see the happy red and yellow houses in Diano and out over the Serralunga Valley all the way to the snowclad Monte Viso said to have inspired both the logo of Paramount picture and the shape of Toblerone chocolate. The climb up to the top of the hill is rather steep, but it’s a nice place to sit and meditate over the beauty of wine making.

From Diano we went 8 km south to the Serralunga d’Alba. A village counting just 500 souls on a permanent basis. The main sight of Serralunga – apart from the wine shops and the surrounding landscape – is the castello. A sinister looking defense structure erected by the Falletti family in 1340 as a military castle. The castle is part of an itinerary known as Castelli Doc and guided tours can be booked. 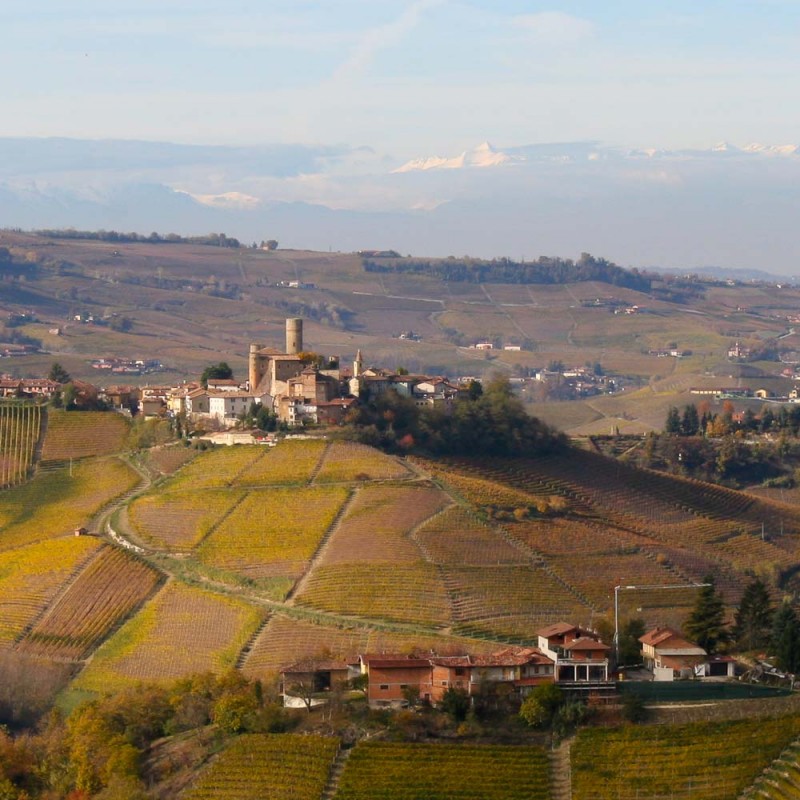 Castiglione Falletto looks like a cute Lego village from a distance

As the crow flies, Castiglione Falletto is only a 1-2 km away but it’s a 15 minute drive by car. Castiglione is a little bigger than Serralunga, but the castle holds a more prominent position in Italian history as this was where Henry IV of France and Carlo Emanuele of Savoy in 1601 signed the Treaty of the Lyon that ended a territorial war between France, Spain and Savoy. From a distance the towers of the castle can be mistaken for a grain silo, but closer inspection reveals the embrasures and a structural design dating back to 1225. 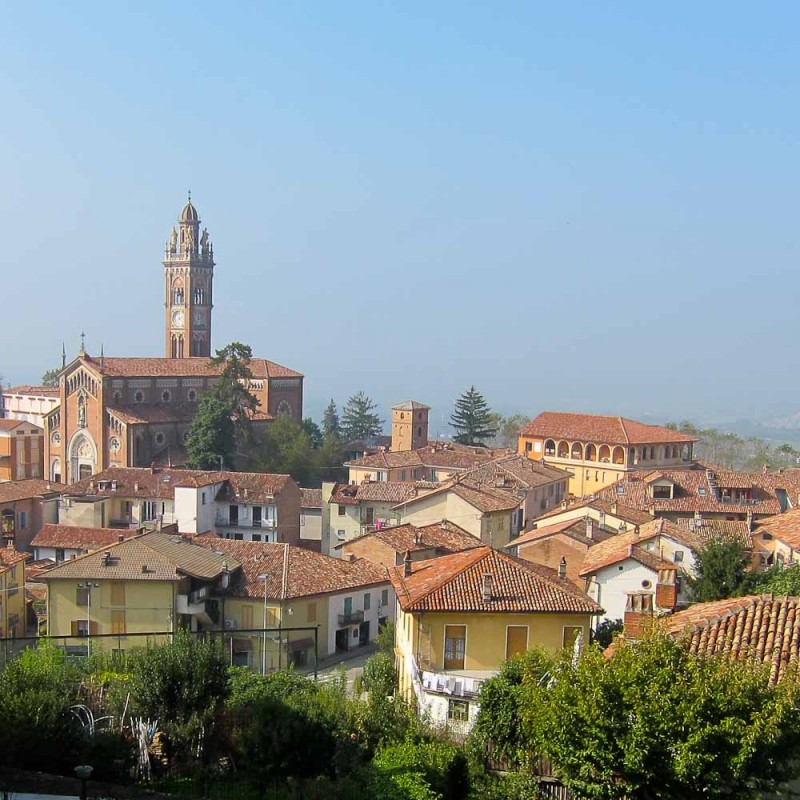 Monforte d’Alba with the neo-gothic church in the background.

With 2000 inhabitants Monforte d’Alba 7 km south of Castiglione is one of the major Barolo villages, which means there’s a wider selection of restaurants and wine bars along with an even older castello dating back to 1028. Monforte also has a sporadically open museum dedicated to a local Risorgimento hero named Paolo Domenico Martina, a big neo-gothic church, several chapels – and did I mention the wine bars? 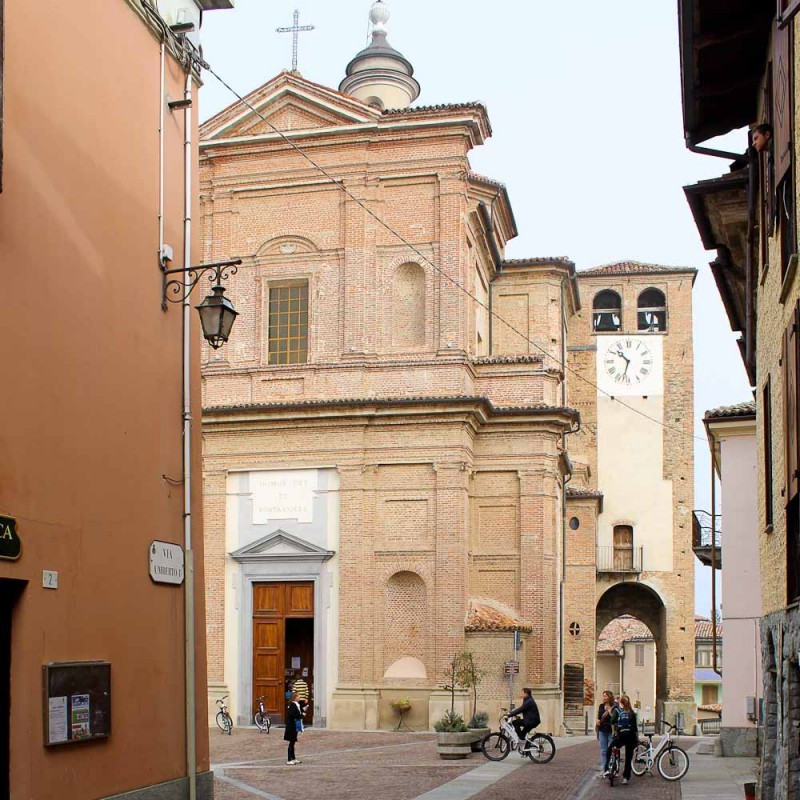 If you visit Novello in the autumn you’ll find scarecrows on every corner.

Another 15 minute drive will take you to Novello. Novello is only half the size of Monforte, and there are not nearly as many wine bars. Instead the inhabitants have launched an annual harvest competition, where they seek to produce the most life-like scarecrows, which mean you’ll meet nicely shaped hay-men and hay-women on every street corner. Novello’s neo-gothic castle from 1880 has been turned into a 3-star hotel. 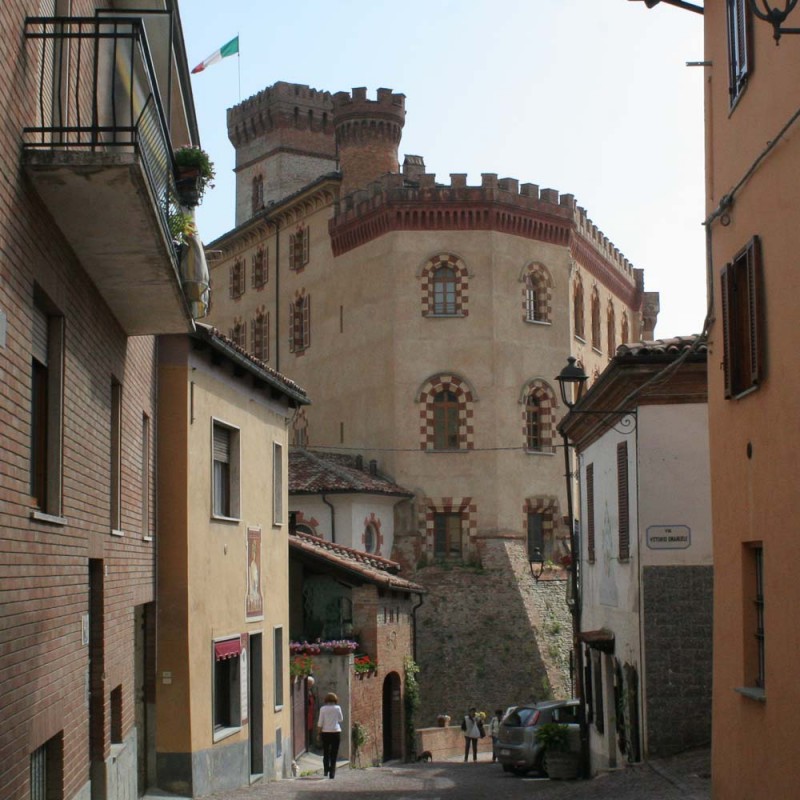 The Barolo wine museum offers entertainment for the entire family.

The village of Barolo 5 km north of Novello has given name to the wines, and the 750 inhabitants receive a very large number of tourists. They come to taste the grapes and see the wine museum WiMu that has been established in a thousand year old castle. There’s also a charming cork screw museum, and several cafes, restaurants and wine bars. Unlike most of the other villages in the area, Barolo is not located on a hilltop but halfway down an valley. 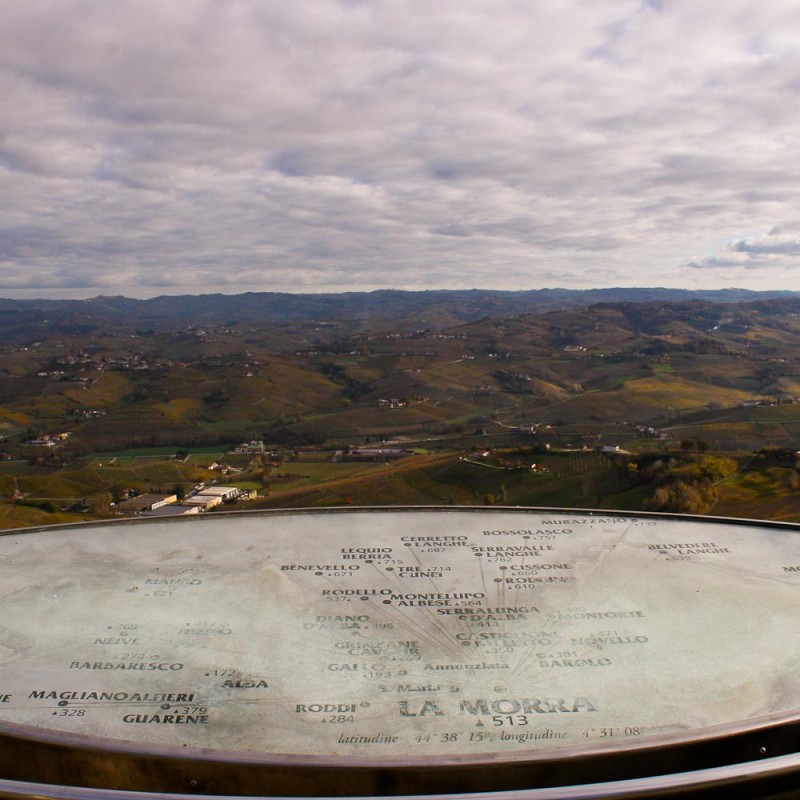 View from La Morra pointing out the other Barolo villages.

6 km of hairpin turns connect Barolo to La Morra. With an elevation of 513 m La Morra is the highest of the Barolo villages, offering a grand view of the district once you’ve climbed the steep stone paved roads to Piazza Castello. The tourist office in La Morra is the place to go, if you want hiking maps or to arrange visits to some of the numerous wine producers on the slope of the hill or to arrange a truffle hunt. 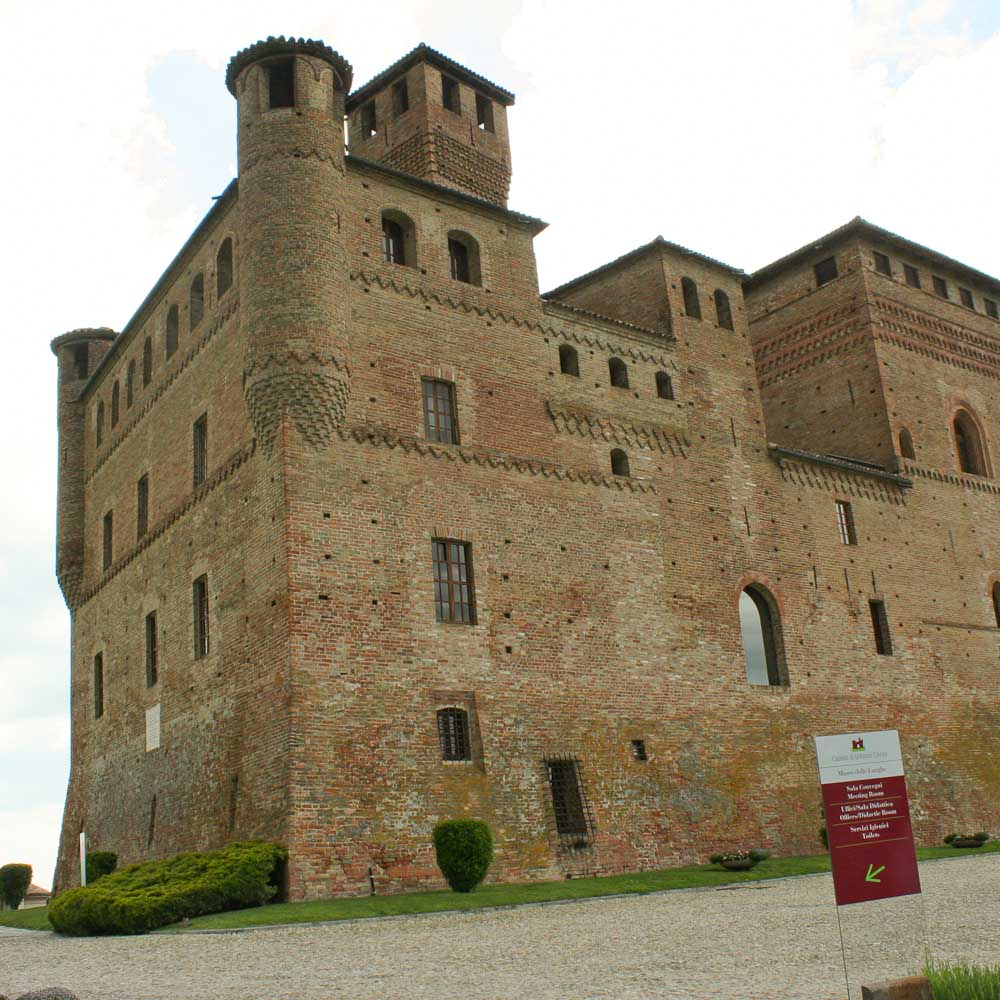 Today the historic Grinzane Cavour castle is home to a Michelin-starred restaurant.

Grinzane Cavour 9 km from La Morra holds a prominent place in Italian history due to the castle that used to belong to Italy’s 1st Prime minister the Count of Cavour, who resided here from 1830 and initiated his political career with 19 years as mayor in the tiny town. Today the castello serves as museum and enoteca and there’s a fabulous Michelin starred restaurant in the medieval castle halls, where you can end the day.

Things to see in Asti

Tagliatelle rosso with speck and Tropea onion
Scroll to top