There are at least three reasons to visit Bologna and a fourth could be its geographic location as a charming alternative to the crowds of Florence and Venice.

Bologna in Emilia-Romagna  was the first big Italian city I visited more than 20 years ago, and for me it will always be surrounded by special affection. Even if we came close to having our pockets picked by a group of hustlers. Here’s a list of things to see and do when you visit Bologna also known as la dotta (the learned one), la grassa (the fat one) and la rossa (the red one)

Bologna is called the learned one as a reference to its university which claims to be one of the oldest in Europe and the mother of all universities. Too bad studies were not housed under one roof in a single building, so you cannot go out looking for an Italian equivalent to Oxford University, but there are many other Medieval, Renaissance and Baroque germs to admire.

Some of the landmarks of Bologna.

Famous landmarks are the two towers of the 97 metre tall Asinelli and the leaning Garisenda. The Portico of San Luca, a winding, 3,796 m long colonnade with 666 vaults that links the town centre to the church of San Luca, located on a hill from where there is a magnificent view over the city (a pilgrimage said to guarantee students good exam results). And the exquisite Santo Stefano group of churches, cloisters and courtyards that form a medieval replica of the Holy Sepulchre in Jerusalem as that building was known to the Crusaders

For me the most characteristic emblem of la dotta is, however, the arcades in the city’s historical centre. In total Bologna has more than 38 kilometres of covered walkway providing shelter on a rainy or sunny day, and there are those who claim that the arcades were originally made to create extra room for University students. An object achieved by moving existing houses forward on columns. 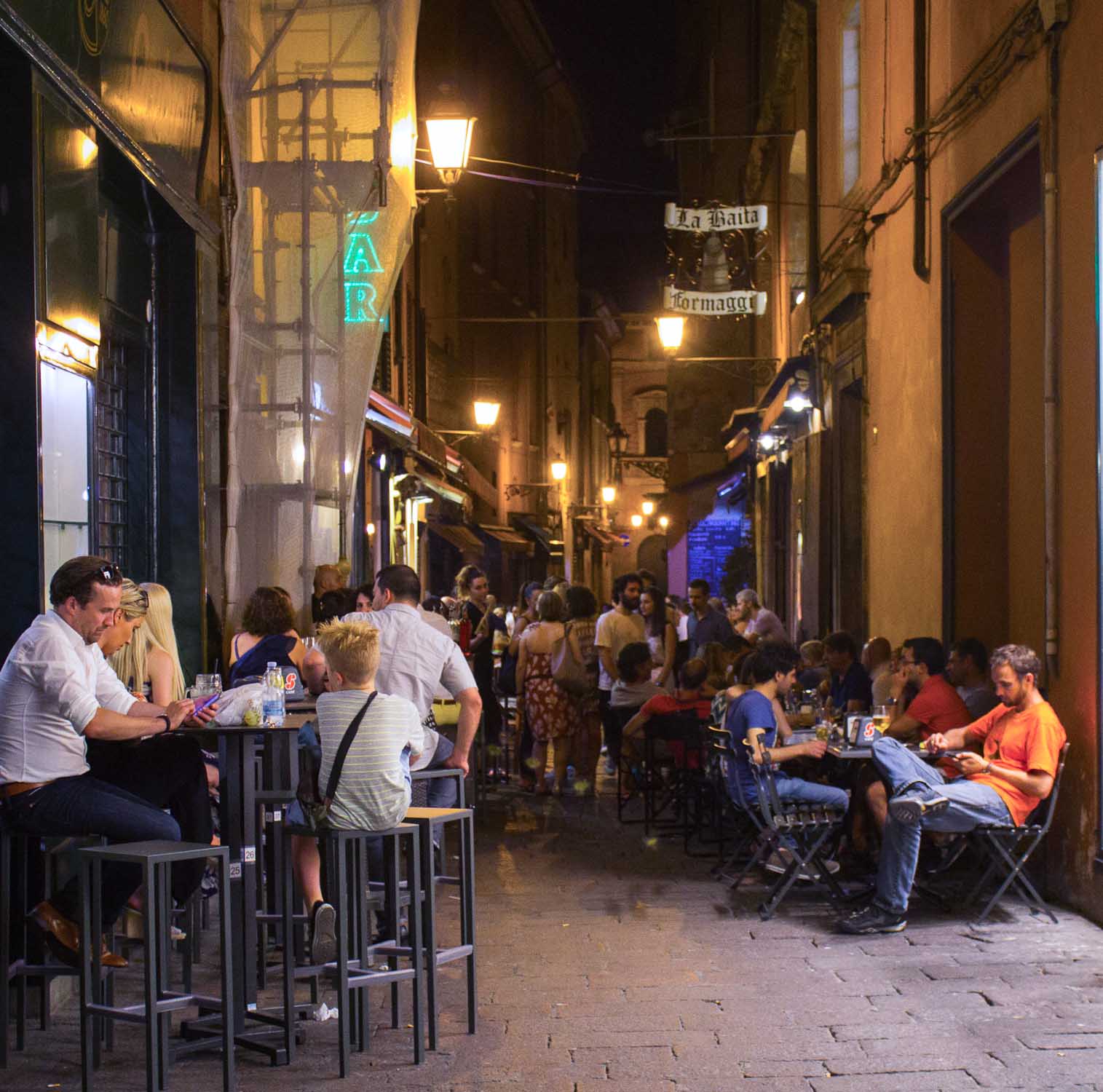 The fatty nickname derives from the fact that Bologna is surrounded by rich and fertile farm land and has a history for exquisite culinary achievements like the invention of tortellini and mortadella. Local restaurants still serve an inimitable ragù which is light years above any ordinary Bolognese sauce.

The narrow medieval streets known as the Quadrilatero stand out as a gastronomic shrine selling all kinds of Italian wines and gourmet products. In the Middle Ages the main craft guilds of the city had their headquarters in this area, and that is why you still find a high concentration of specialty shops like butchers, fishermen, salaroli (workers who salted and cured meat), barbers, painters and goldsmiths in the area. 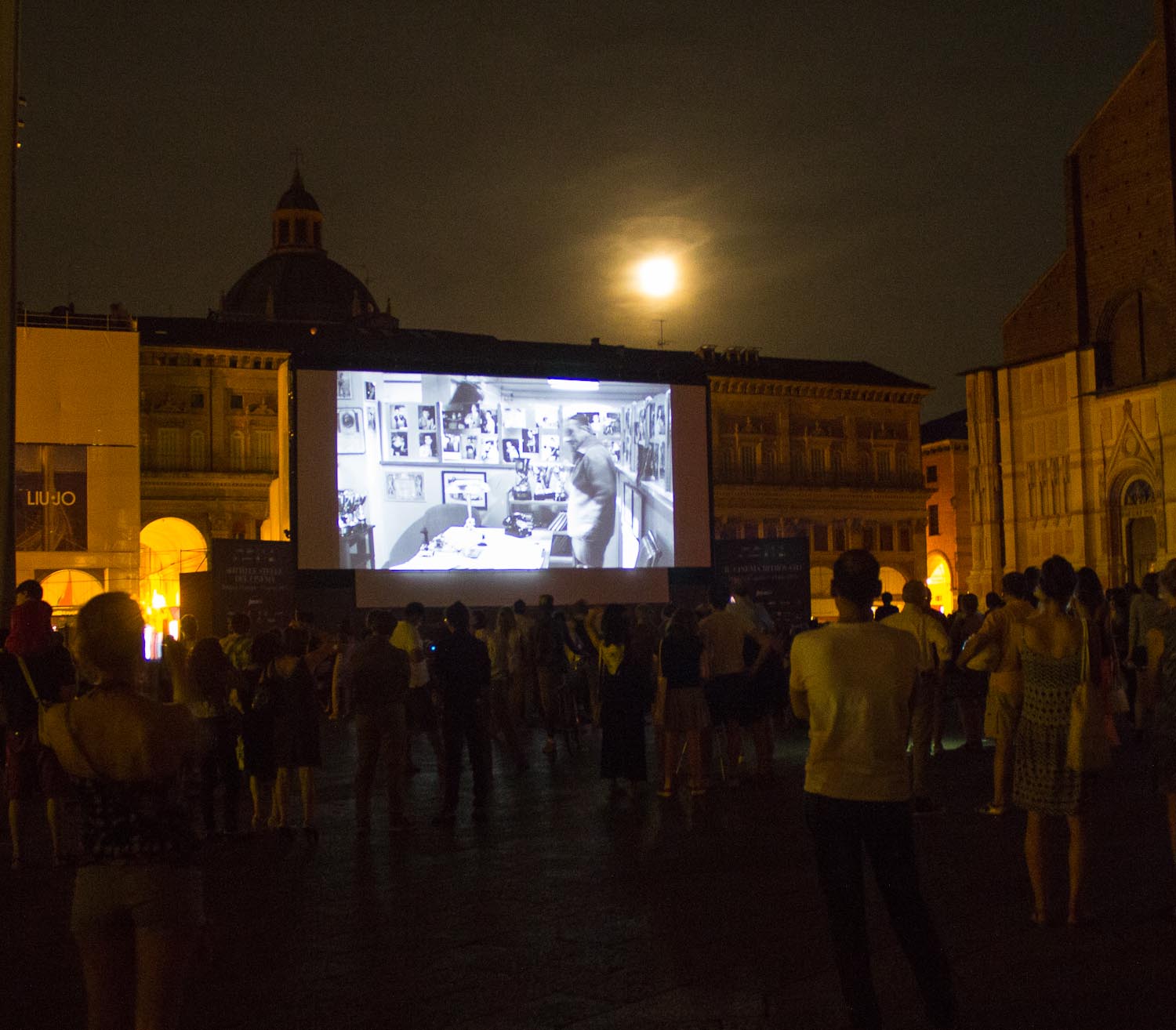 Bologna is famous for the number of festivals and cultural activities like this open air cinema under a full moon on Piazza Galvani in Bologna.

Bologna’s position as literally and politically red manifests itself in a tolerant and open-minded atmosphere helped along by a population that includes 100 000 students. The local centre-left was one of the first European cities to experiment with the concept of free public transport. There are more festivals, art galleries, theatres (you can see what’s on and book tickets here), performances and cinemas per capita than in other cities in Italy and the music scene is vibrant. Bologna has a lot to offer travellers of all ages and denominations, and it is not as touristy as Florence, Ravenna and Venice or as sophisticated cool as Milan.

The chubby and anarchistic intellectual capital of Emilia-Romagna may not be as good looking as its neighbours, but it has got a winning personality and an awful lot of charm. 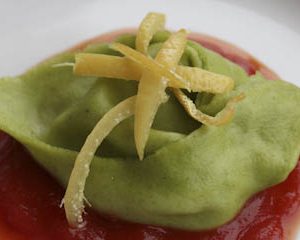 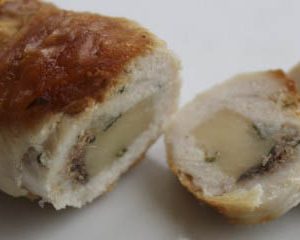