Vasto and the door to nowhere

Apart from the magnificent view over the Adriatic coast and a sea of orange marigolds lining the Via Adriatica, the first thing I noticed in Vasto was a door to nowhere.


The view from Via Adriatica in Vasto is spectacular. From this breezy vantage point you can see the long sandy beaches south of town framed by pink and white nerie, green shrubs and a golden carpet of tagetes interspersed with pointed agave, tiny olive trees and exuberant potted flowers. No wonder the promenade is lined with benches, cafes and restaurants from where you can relax and soak up the perfect holiday atmosphere. 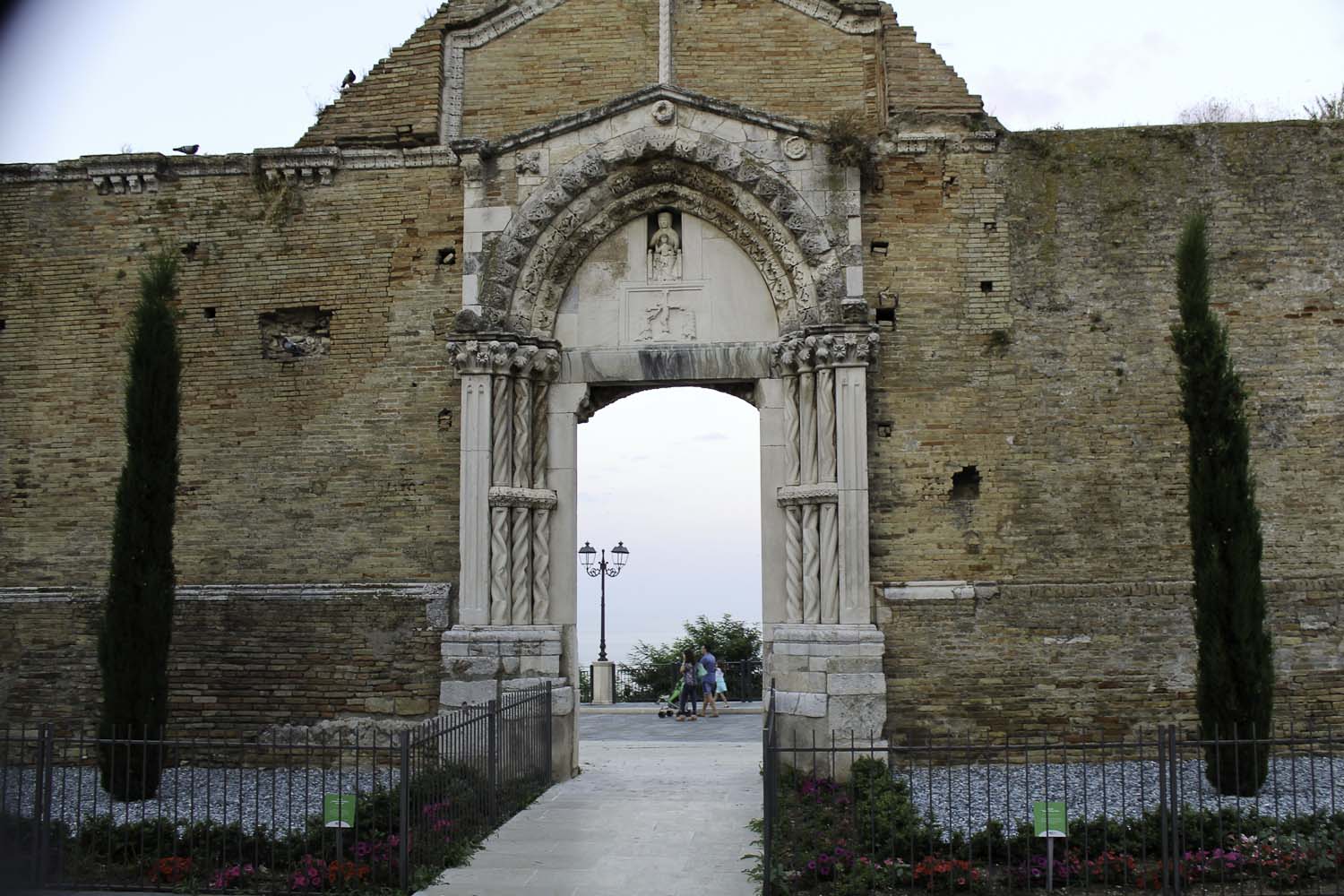 Such amenities tend to monopolize the attention, but I did notice a strange wall with an assortment of faded columns and and plaque commemorating a visit from Pope Alexander III in 1177 shortly before he signed the Treaty of Venice that reconciled the papacy with the Holy Roman Emperor, Frederick Barbarossa.

Right in the middle of the wall, there was a door opening leading … nowhere.

Seen from the other side, there’s a little fenced garden on either side on the door and the ornamentation around the opening becomes richer. The door is framed by twisted columns with a crucifix and a disproportionate and medieval looking interpretation of the Madonna and Child above, making it safe to assume that the door in the wall has had some sort of religious purpose. 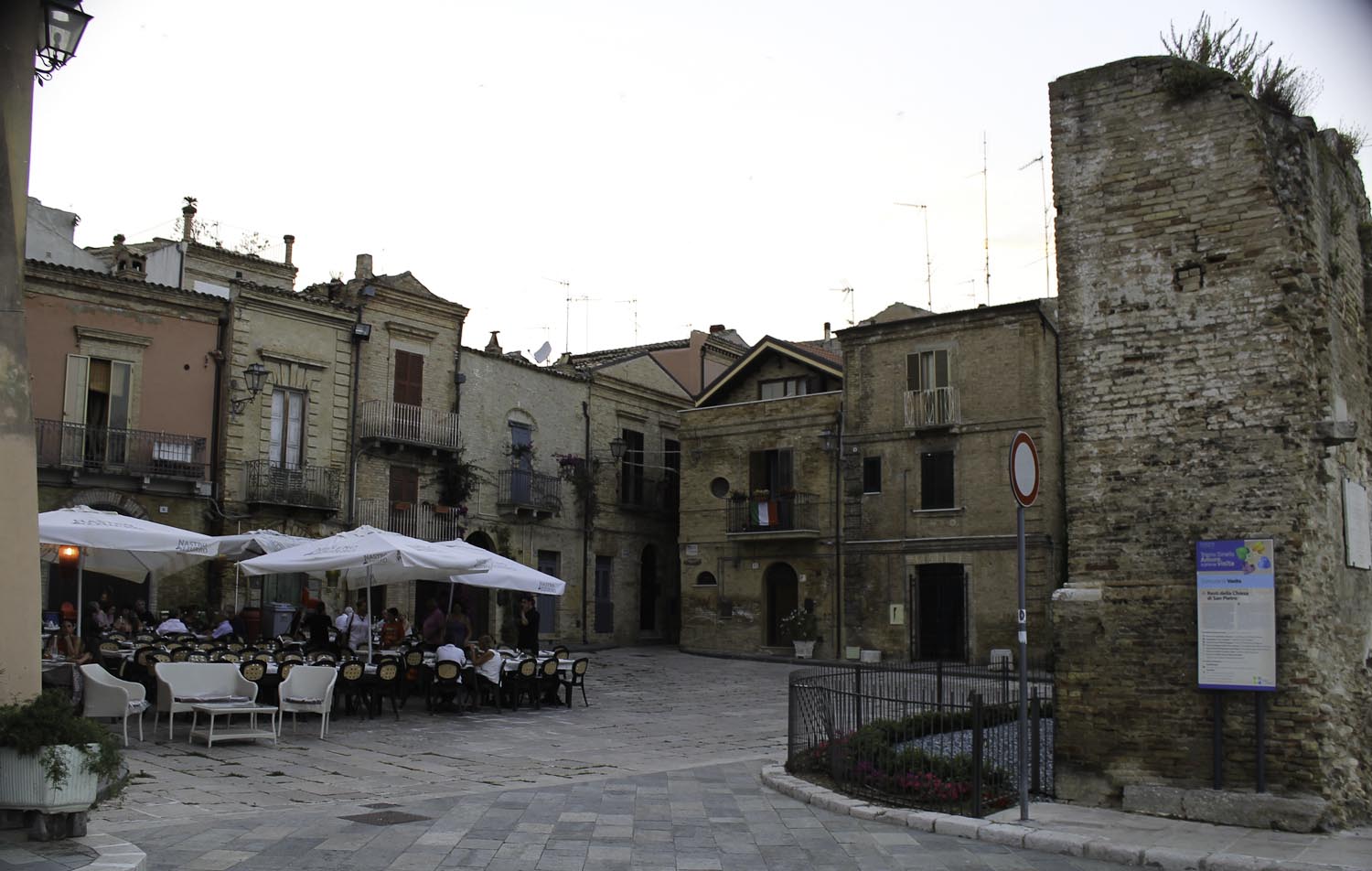 The suspicion is confirmed by a 2 metre tall brass bell hung from a low, red brick portal a short distance away.

It turns out that the bell and the wall with a door to nowhere in particular in Vasto are the remains of af a church called Chiesa di San Pietro. The church was originally part of a monastery, but it served as a church for more than one thousand years, until 1956 when a devastating landslide dragged most of the building and a ridge into a gully below. All that remained standing was the wall, while the bell and a protome that is now displayed in Vasto’s archaeological museum were subsequently salvaged.

So now Vasto has 10-metres of ancient wall preserved as a public sculpture. The wall shelters a charming square surrounded by garbled and largely unadorned houses, and if you go there early in the morning, you’ll be rewarded by a view of a splendid sunrise seen through the door that doesn’t lead to anywhere in particular, but to greater historic awareness and beauty.