There are two sites of UNESCO World Heritage in Liguria waiting to be explored, even though the Riviera is the third smallest region in Italy.

Regular readers of Italian Notes may have sensed a special affection for UNESCO’s World Heritage sites. In my opinion, these places that have been singled out for their outstanding cultural or natural importance never fail to give the visitor something to remember and with a total of 47 sites, Italy has more to offer on this account than any other country in the world.

I’ve just come back from Liguria, where the stunning coast is dotted with picturesque villages and electrifying cities. And among the numerous attractions there are also two UNESCO sites.

Pictures from the Cinque Terre hike.

The most famous UNESCO World Heritage in Liguria is undoubtedly the coastline between Cinque Terre and Portovenere. According to UNESCO these 15 km of jagged, steep coastline represent ‘the harmonious interaction between people and nature to produce a landscape of exceptional scenic quality that illustrates a traditional way of life that has existed for a thousand years and continues to play an important socio-economic role in the life of the community’.

Among the cliffs and terraces there are five Medieval towns with winding streets and pretty pastel coloured houses. Coming from the north you start in Monterosso al Mare. A walled town, that was originally only accessible by sea or mule paths. These paths are now used for hiking, and there are train services from Genoa and La Spezia. From Monterosso you hike or take the local train to Vernazza, Corniglia , Manarola and Portovenere. Part of the charm of Cinque Terre is the fact that the towns cannot be reached by car from the outside. Most visitors – and there are many – hike along the Sentiero Azzurro trail where you can enjoy fantastic panoramas. The total hiking time is about 5 hours, but it is natural to take a break in every village. Moreover, it is possible to move over the most difficult stretches by jumping on one of the trains. In fact, all five villages are connected by local trains that leave about every half hour.

Pictures of the palaces in Genova/Genoa

The other site of UNESCO World Heritage in Liguria is Genoa’s Strade Nuove with the impressive Palazzi dei Rolli. My first reaction upon entering this narrow street in the centre of the historic city was surprise and disappointment. The facades are so grand and looming they seemed to fence me in, but then I started noticing the endless details in the architecture and decorations of these immense Renaissance and Baroque palaces.

The Palazzi dei Rolli were originally constructed in the 17th century as public lodging for visitors of state and homes to eminent families. They have recently been beautifully restored, so that it is possible to walk around and explore the architecture, courtyards, staircases and rich interior and exterior decorations. And it’s really enjoyable too. 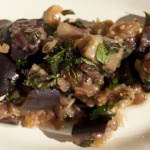 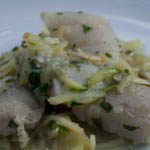