Tugged in between Rome and Florence rural Umbria tends to be overlooked. A great pity considering the beauty of the scenery; the many places of great cultural and historical interest; and the quiet, friendly atmosphere.

To top the attractions prices of rented villas in Umbria are considerably lower than in the neighbouring regions making it a perfect and affordable base for exploring the still beating green heart of Italy.

Umbria has the fourth lowest population of all Italian regions, and the population density is half the national average which leaves plenty of space to roam the countryside and the extensive woodlands.

Hikers love the Sibillini mountains, following old pilgrim trails over hills and through meadows that are covered by a fragrant and colourful carpet of flowers every spring. If you are lucky you may spot rare species of orchids and lilacs, hunt truffles and mushrooms, or explore the crumbling castles, watchtowers and hermitages that crop up in the horizon.

One of the most popular hikes goes to Gola dell’Infernaccio or Hell’s Gorge along the river Tenna where mountains rise steeply on either side of a narrow gorge ending at a waterfall and the eremo di S. Leonardo. A small church built by a monk in the early 1970s, who lived there in perfect solitude. 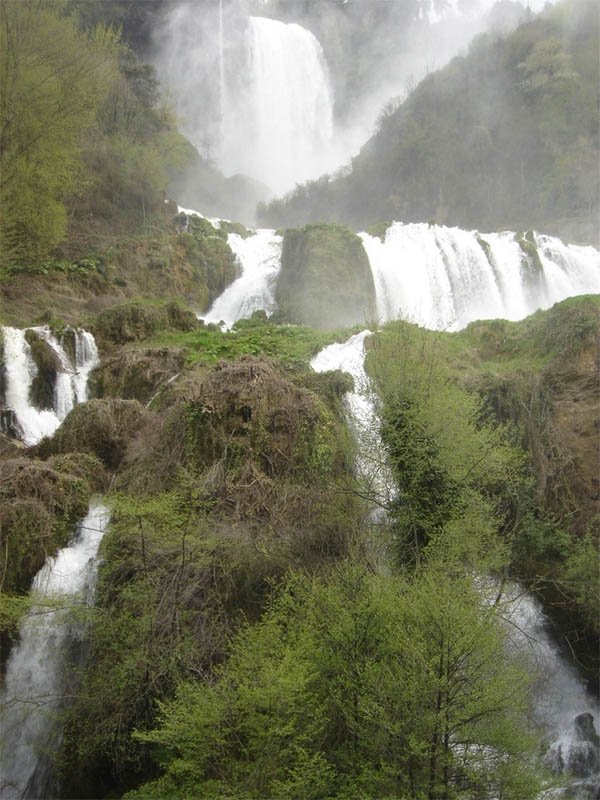 A not quite natural beauty

Another great sight if not quite natural is the Cascata delle Marmore 7 kilometres from Terni. The spectacularly beautiful waterfalls were created by the Romans to redirect the Velino River and eliminate an unhealthy swamp of stagnant water. The diversion was created by creating a 165 fall over the Marmore cliff and into the Nera river below. Today the waterfall is used to drive a power plant, and therefore it can only be seen when it is ‘switched on’ during opening hours around noon and in the evening. 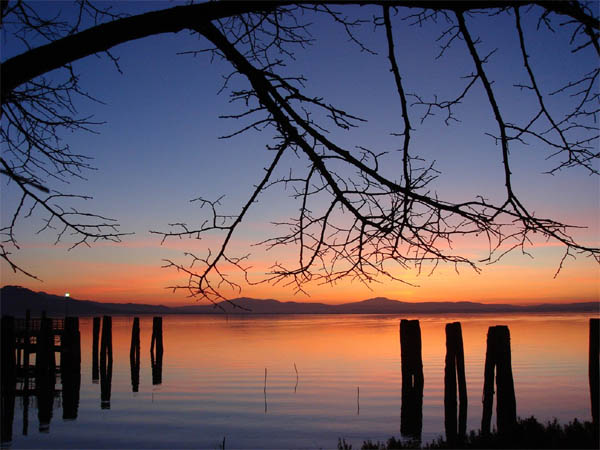 Apart from the rivers landlocked Umbria offers several nice lakes and Lake Trasimeno is big enough for swimming. The quiet waters feel cool and clean and the beaches I’ve visited were ideal for small children with their sandy shores and slow descent. There’s even 50 km biking and hiking path around the shores. 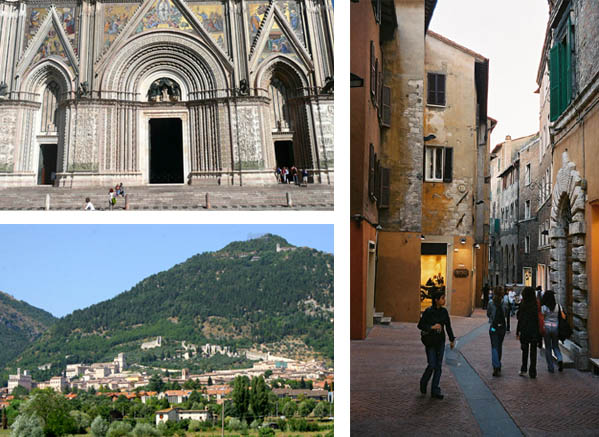 In addition a visit to some of the 21 Umbrian cities or the small medieval towns dotted on the top of the hills sides is like stepping into a fairytale.

I have gawped at the bling-bling cathedral and the underground maze of Orvieto. Felt the urge to climb the city wall of Gubbio that looks so impenetrable from a distance with its back to the hill side. And enjoyed the international atmosphere of the virtually car free and busker friendly Perugia, where there are some great masterpieces to explore btw.

Everywhere you look there’s a story to be told. You just have to figure out where to begin.

More on undiscovered Umbria and other nearby places