Trani and the Three-in-One Cathedral

The town Trani in Puglia some 40 km north of Bari has become an increasingly popular holiday destination over the past few years. Quite understandably. And one of the main attractions is Trani Cathedral.

In summer the still active, crescent shaped harbour is lined outdoor restaurants and bars. Medieval sandstone houses add a shiny white contrast to the immense blue skies and sea. And at the end of the pier, the conventional lighthouse has been replaced by a Romanesque cathedral with a 59-metre high bell tower.

Trani is the kind of holiday spot that makes you want to send loads of old-fashioned postcards. 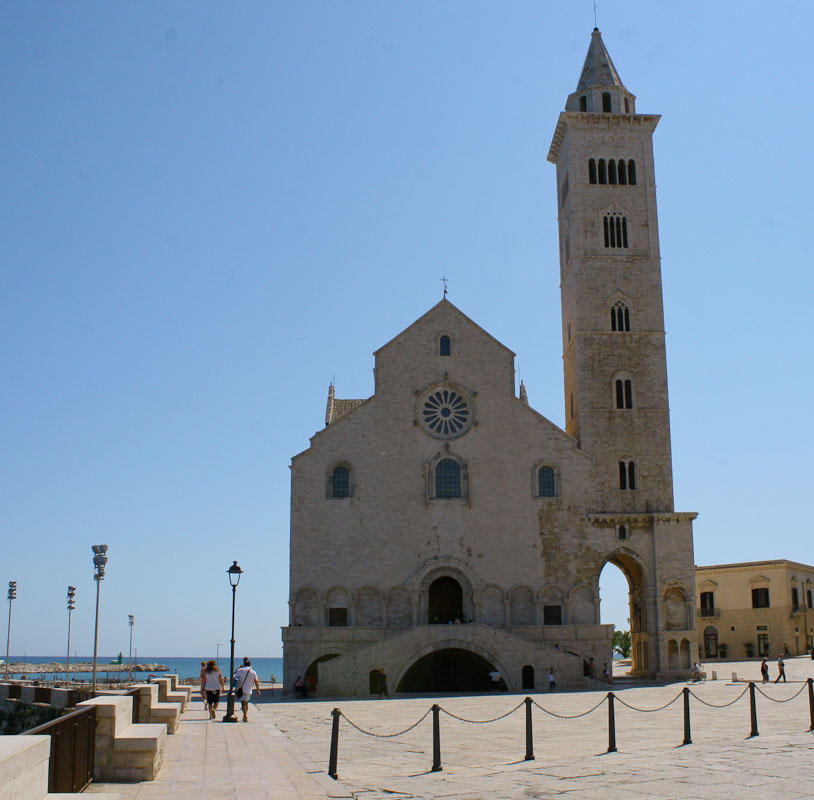 The beautiful Trani cathedral is built right on the edge of the sea.

Most of these postcards will be dominated by Trani Cathedral. This church is a wonderful three-in-one construction of spirituality.

It started out as a Roman catacomb in honour of  Saint Leucius. In the 6th century the catacomb became a crypt under a new cathedral dedicated to the Holy Virgin. But then the crusades converged on the east coast of Puglia, and a young man from Greece entered Trani. His name was Nicola, and he must have had an extraordinarily charming personality. Nicola the Pilgrim died in 1094 and was canonized five years later, but the people in Trani immediately decided to dismiss their old patron saint and rebuild the existing cathedral in honour of San Nicola Pellegrino. 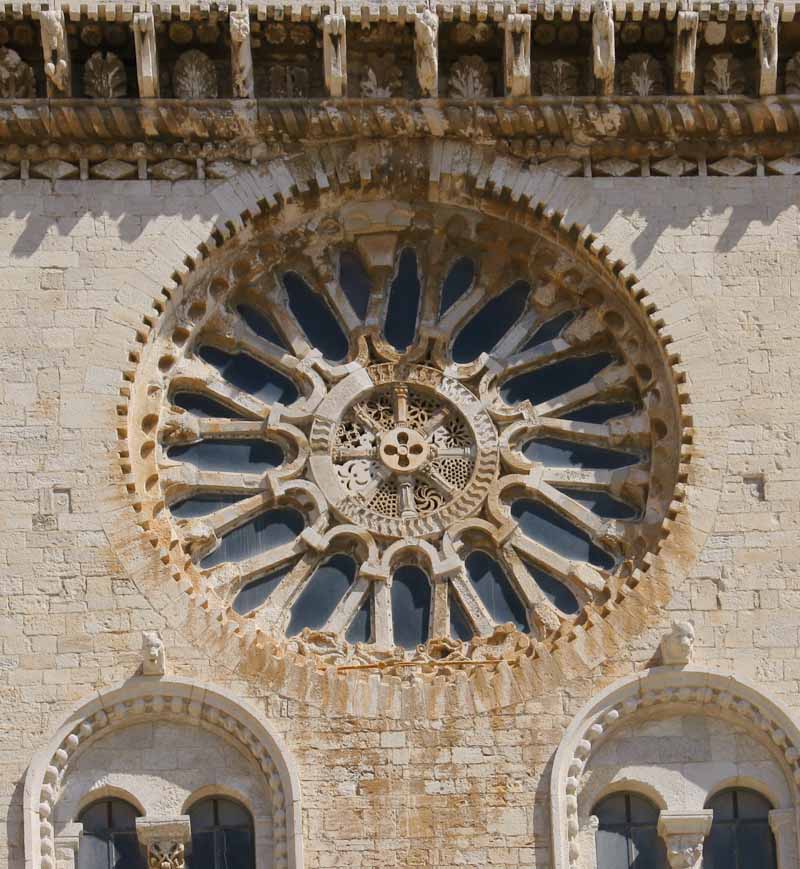 When you have admired the elegant Trani cathedral from a distance, take a closer look at the  rose windows and the decorations encircling a menagerie of strange animals and spend some time studying the heavy bronze door. It has 32 storytelling panels in haut-relief made by Barisanus of Trani, who also left his mark on the Cathedral in Ravenna and Monreale in Palermo. Once inside head for the forest of ancient columns and the stairs leading down to the Byzantine church and crypt which now holds the bones of San Nicola Pellegrino.

Trani makes quite easy to dive through layers of history, giving you something to think about when you are back in the sun looking out over the busy modern harbour.

When in Trani don’t miss