Fines for speeding, parking and driving in ZTL zones: The number of traffic fines in Italy has risen dramatically over the past years.

Some months ago we received a registered letter from Montalbano. That is not “il commissario” known from the Italian TV-series, but a town by the same name in the province of Matera in Basilicata. A couple of the town’s 7 679 inhabitants or a traffic surveillance camera had registered our car while speeding on a desolated stretch of highway between Montalbano and Scanzano Ionico seven months earlier. The car had travelled with a speed of 68 km/h (42.3 mph) where the legal speed limit is 65 km/h (40.4 mph)

This violation of traffic rules costed us a ticket of 41 euro, which has been paid without complaints. Speed limits must be respected, even if the infringement could in theory lie in the calibration of the measuring equipment. 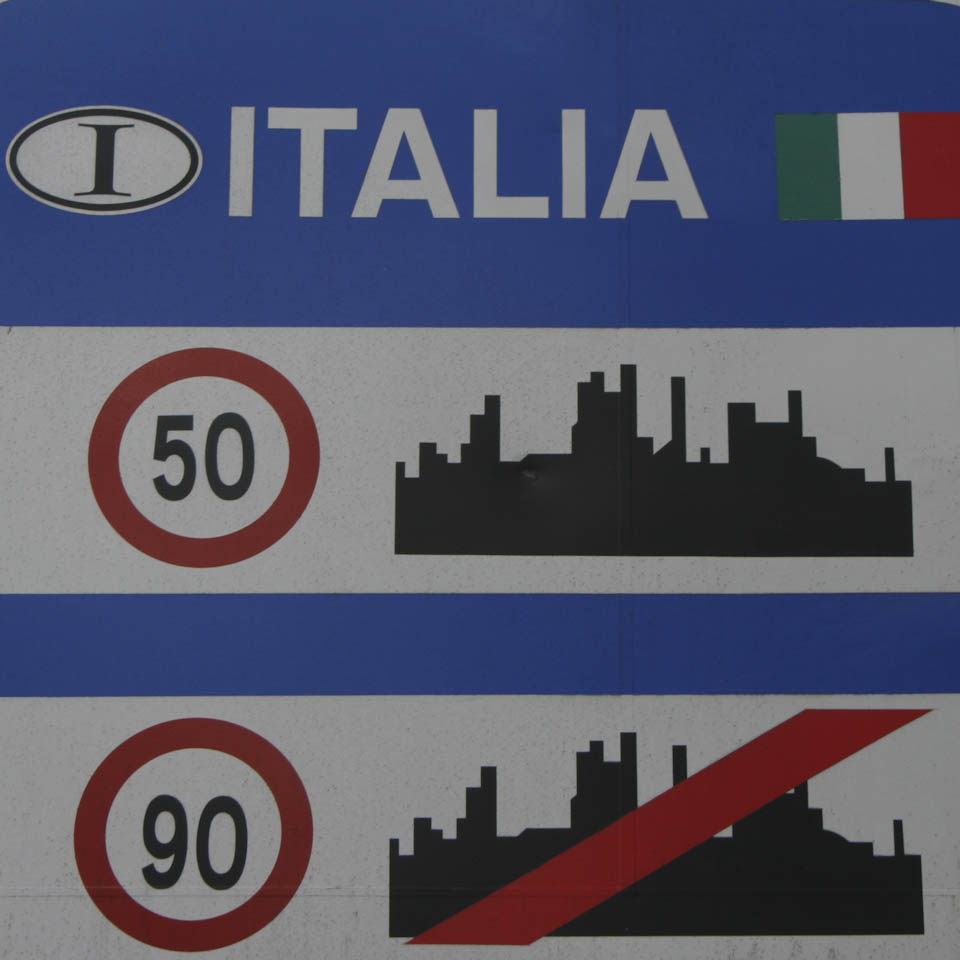 Almost simultaneously a colleague had an additional bill from the car rental company used during a short holiday in Florence. The rented car had been placed at a turning space for a short period of time, while my colleague was looking for directions, and this had induced a parking fine, which the car rental company would like to have refunded. My colleague was glad the parking authorities did not spoiled her holiday by blocking the wheels and towing the car out of town as frequently happens to illegally parked cars in northern Italy. Compared to such waste of valuable vacation time and money, the penalty seemed preferable and fair.

Acceptance was not the attitude, when some relatives shortly afterwards received a fine of 90 euros after a one hour stay in Arezzo last autumn. Inadvertedly, they had entered a ZTL zone, not knowing that ZTL is short for Zona Traffico Limitato and not understanding the meaning of the Italian words anyway. They had no idea that entering a ZTL street with your car requires a special permit, eg. in the form of a document from the hotel saying that the hotel has informed the police about visitors in a car with your cars number plate. The police will then pick up the fine before it is sent, and if it should show up in the mail, you can – bocca lupo – get the fine cancelled by sending a copy of the document from the hotel (provided you have kept it). Otherwise, there is nothing for it but to pay.

A lot of people think ZTL works as a literal tourist trap. These zones are found in an increasing number of Italian cities and they are guarded with surveillance cameras, which means that you have to be extremely lucky to sneak through.

According to an article in the English language newspaper The Florentine from February last year traffic violations occur with 40 second intervals in Florence. Every minute the local police issues 90 tickets, equaling 1 253 tickes a day. This provides the municipality with an additional income of 52 million euros annually. An amount that has risen dramatically in recent years.

Of the 859 959 traffic violations that issued by traffic police in Florence in 2008, 457 613 were issued to motorists who entered limited traffic zones without the required permit; 250 415 were given to drivers who parked in no-parking zones; 22 904 were issued for speeding; and 7 700 were given for having run a red light. Compared to this drunk-driving is a minor violation, as only 303 drivers were fines for drunkenness in 2008.

More on driving and traffic fines in Italy