The colourful traditions of Palazzolo Acreide

Palazzolo Acreide in southeast Sicily has two churches on UNESCO’s World Heritage list.
Along with a rich history and colourful traditions.

Some towns aren’t what you expect them to be. Take Palazzolo Acreide between Syracuse and Gela as an example.

Before visiting I’d read that the town started out as a military outpost for the ancient Greeks in Syracuse, who wanted to control the road to Gela. From the peak of the Akrai hill in the Hyblaean Mountains, where you’ll also find the beautiful  Cavagrande del Cassibile, they had a nice view of the surrounding territory, but it didn’t help them in 827, when the city was destroyed by invading Arabs. I knew that in Medieval times, people in this part of Sicily had a long sad history of suffering culminating in severe plague attacks and a devastating earthquake in 1693.

On the ruins they managed to built a new town with two churches – Basilica of St. Paul and the Church of St. Sebastian – that were so outstanding that they became UNESCO World heritage in 2002. And I’d seen photos and footage of the colourful celebrations when an effigy of the saints are carried out of their churches in a blast of confetti and fireworks. 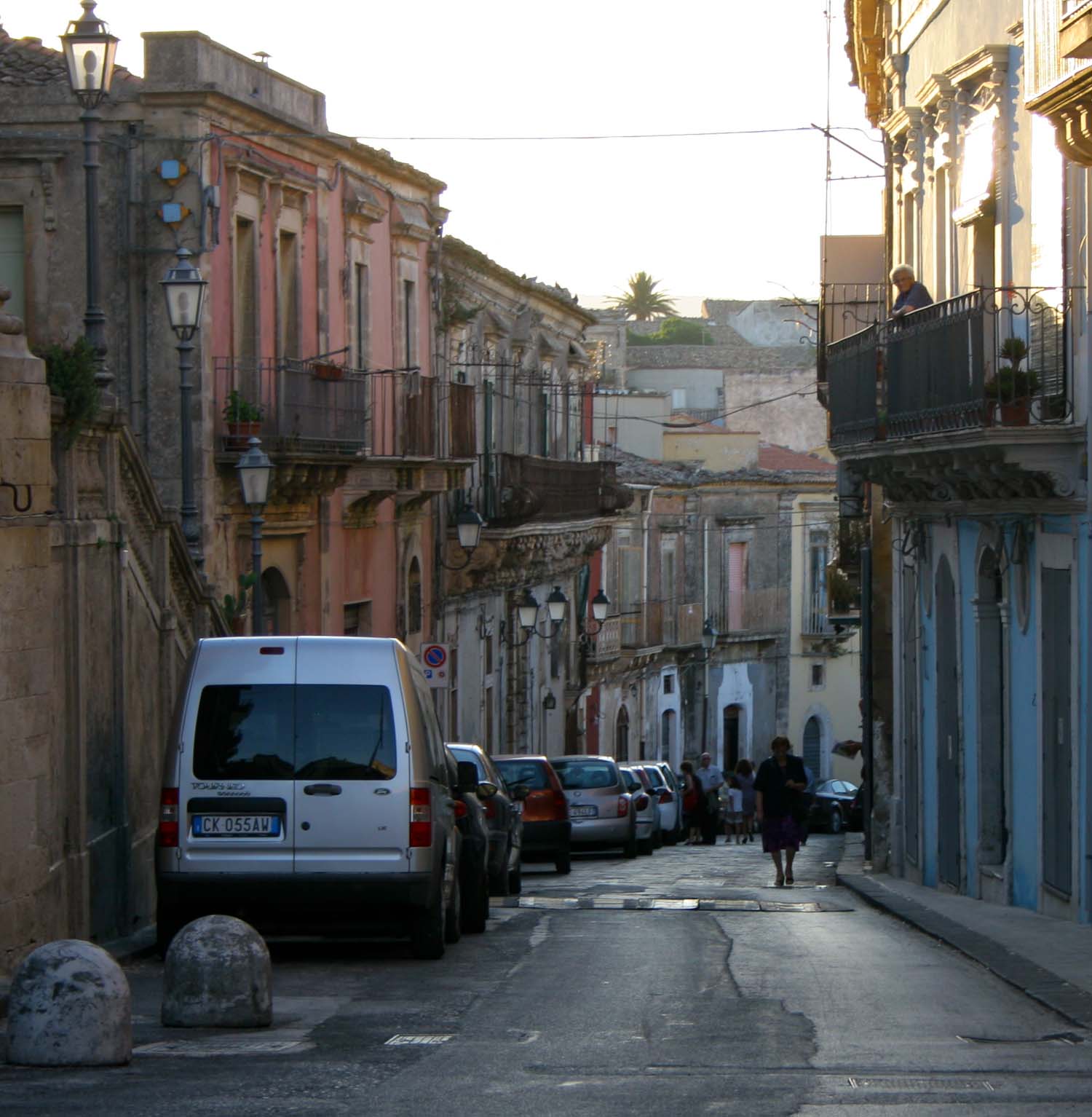 All the stately homes in Palazzolo Acreide are located in the same area.

With this information in mind, I had expected Palazzolo Acreide to be highly entertaining and at least as pretty as the golden town of Sicilian Baroque, Noto, some 30 km further south. High expectations that it’s almost impossible to fulfill.

The sandstone used for the Baroque splendour of Palazzolo Acreide is not golden, but whitish grey with soot marks of age and pollution.The embellishments on the facade do not explore form, light and shadow with the dramatic intensity characteristic of Sicilian Baroque. And there was neither folklore nor community spirit in the closed doors and deserted stairways. 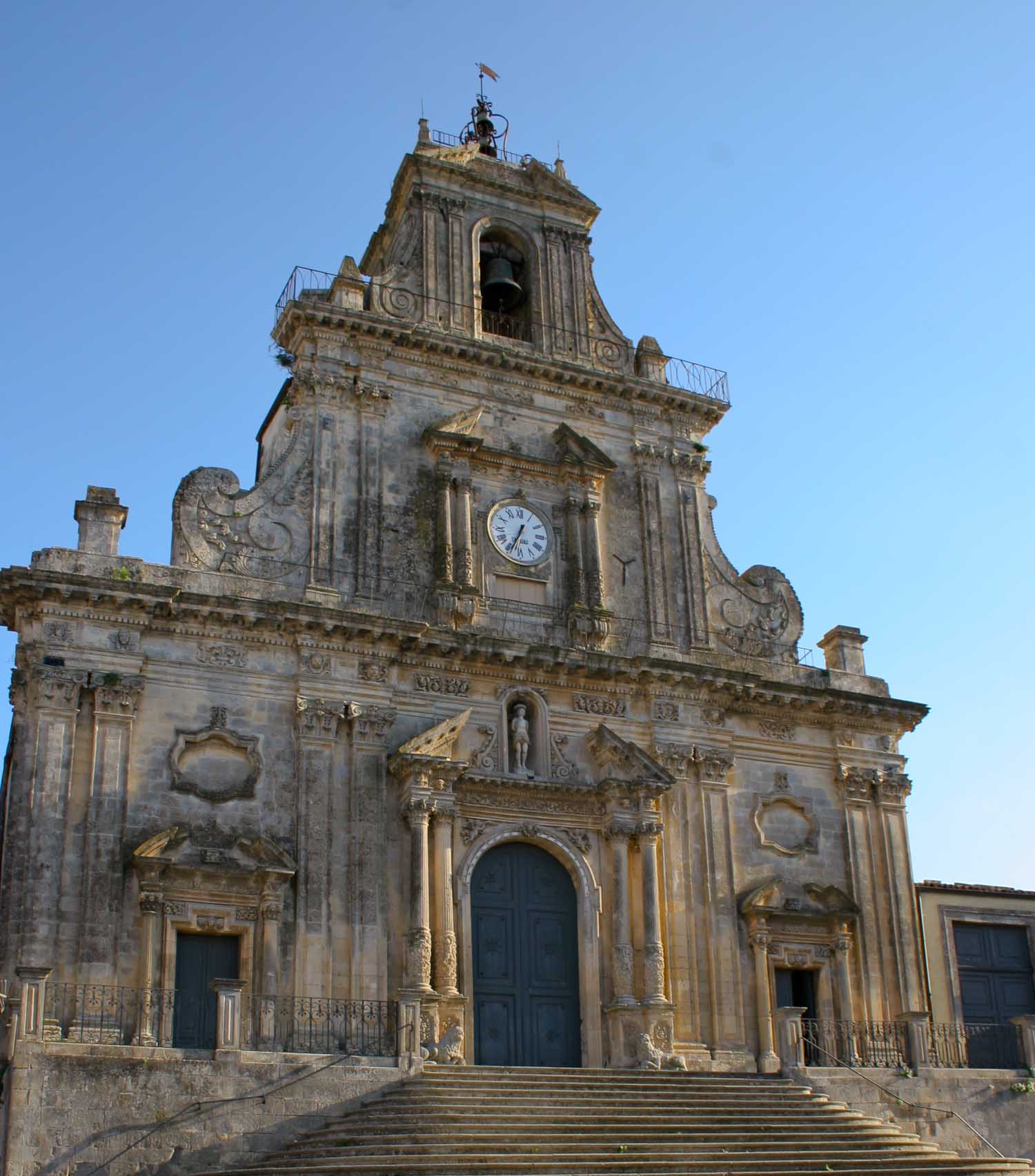 The church of St. Sebastian is world heritage and the centre of a colourful tradition in Palazzolo Acreide.

When to visit Palazzolo Acreide

So next time I’m going to Palazzolo Acreido it will be during the carnival or around noon on August 10, when the town celebrates St. Sebastian. The arrow-pierced patron saint miraculously saved the people of Palazzolo Acreide from the plague, and ever since then St. Sebastian and the other patron saints have been celebrated twice a year with brass music, ritual shouts, showers of red, white and green paper strips and hundreds of strong men in a chain of interlocking elbows dragging the golden chair with the saint through the streets.

Having contemplated the lifeless church of St. Sebastian for a while, we went over to seek shade under the trees in Villa Comunale, In this tiny botanical garden, we encountered the Roman goddess of flowers and spring, La Flora, standing in a semi-circle of palm trees as a reminder that some things recur once a year. Like the seasons, the flu and the spectacular traditions of Palazzolo Acreide. 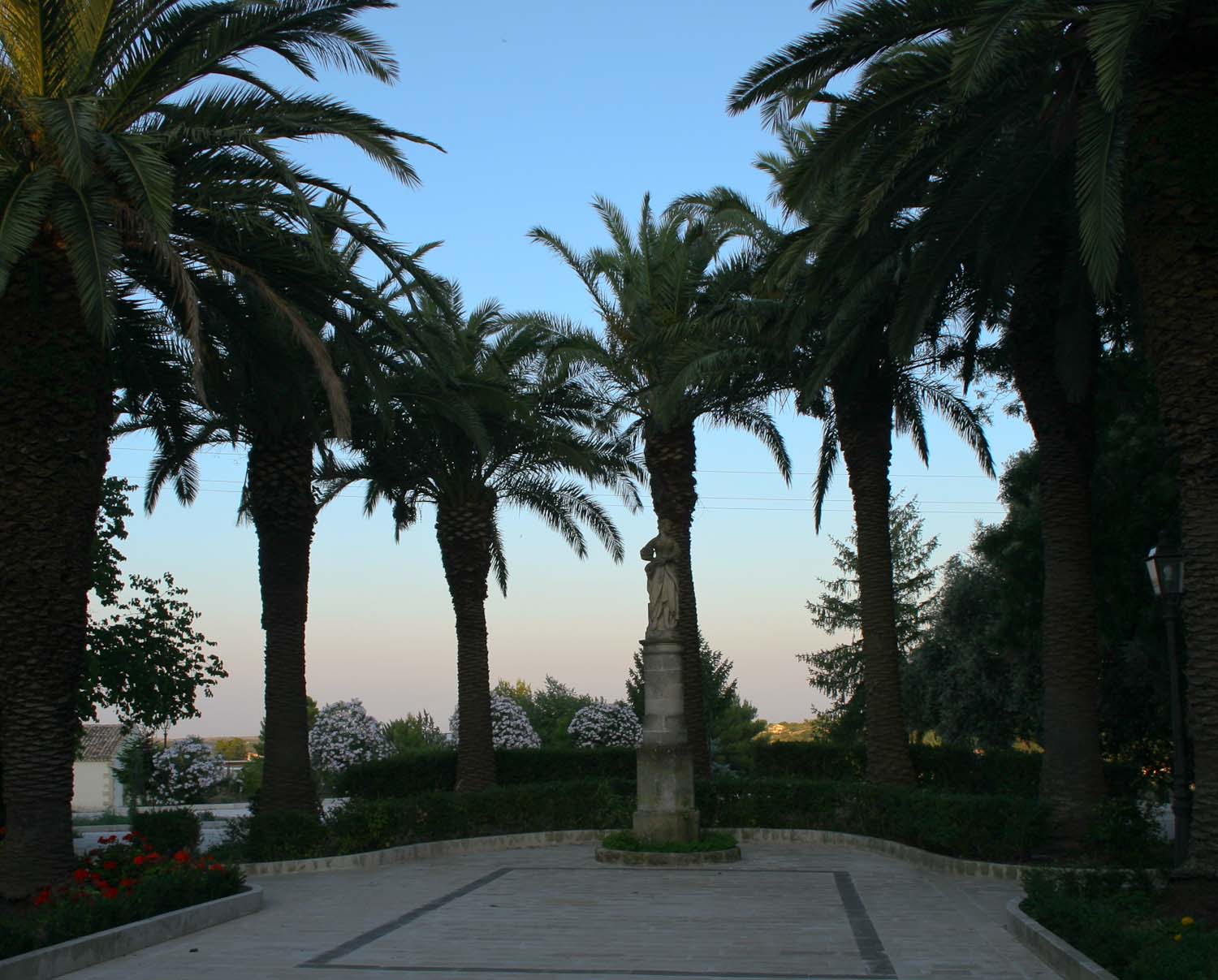 The Flora statue in Villa Comunale.

Nasturtium pesto with walnuts and cheese