It’s the season for self-indulgence, so once a year I check out which of the newly published posts particularly took your fancy in the past 12 month period.

Normally the main tourist cities – Rome, Florence and Venice – are strongly represented on the annual top10, so I’m a bit surprised to find that #SavingVenice’s guest post with a Guide to the best photo spots in Venice did not make the cut. Still, I’m delighted to see some less known destinations on the list, as well as posts with little known stories of medieval ghosts and reckless bravery.

To give all the posts a fair chance of qualifying for the annual hit parade, the list runs from October 2016 to end September 2017. 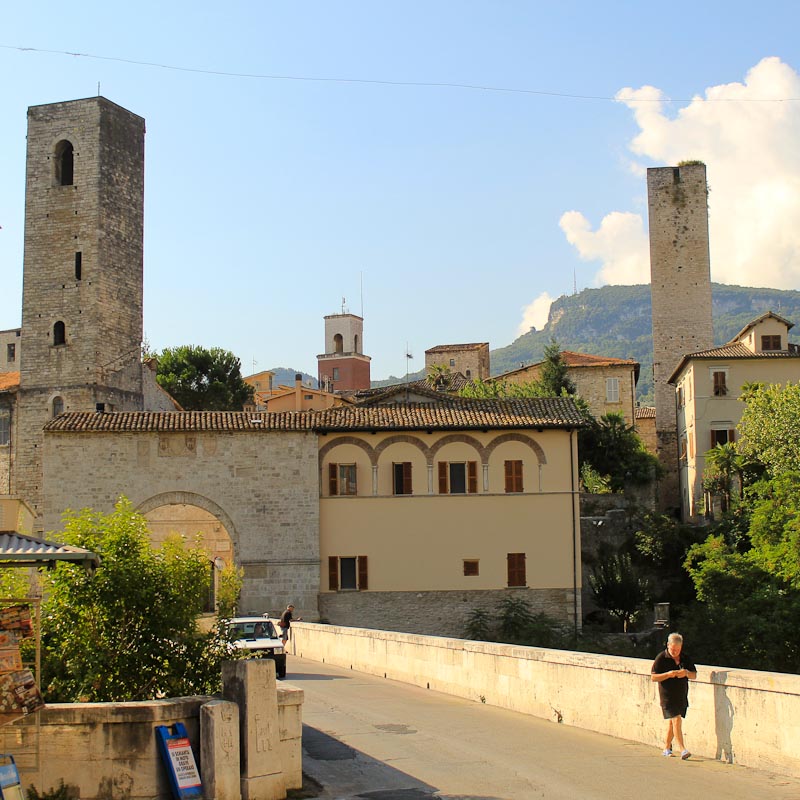 The medieval part of Ascoli Piceno.

Part of Ascoli Piceno in Le Marche has retained a very medieval look with narrow alleys, tall towers, and massive walls of grey brickwork. It is not difficult to imagine the presence of a tyrant ghost in these surroundings. 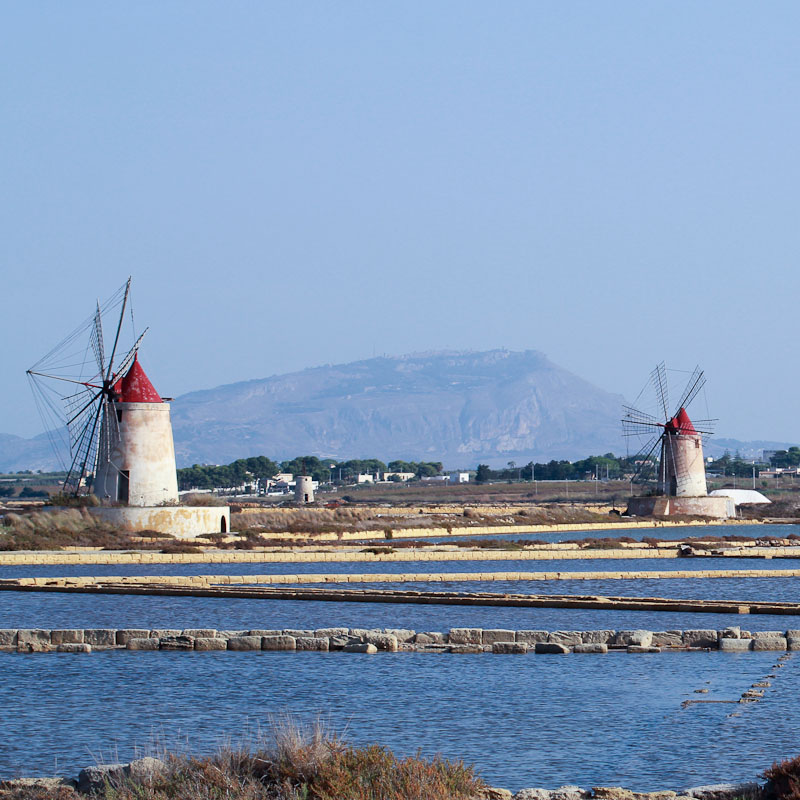 Salt mills dotting the strait between Sicily and Favigniano

It is tempting to resort to hyperbole when describing the salt mills on the west coast of Sicily, but I was really mesmerized by the sight of these red roofed structures surrounded by heaps of white salt crystals on a background of blue sea and sky. The fascination increased after visiting the museums and learning a little about the history and the workings of the Sicilian salt mills. 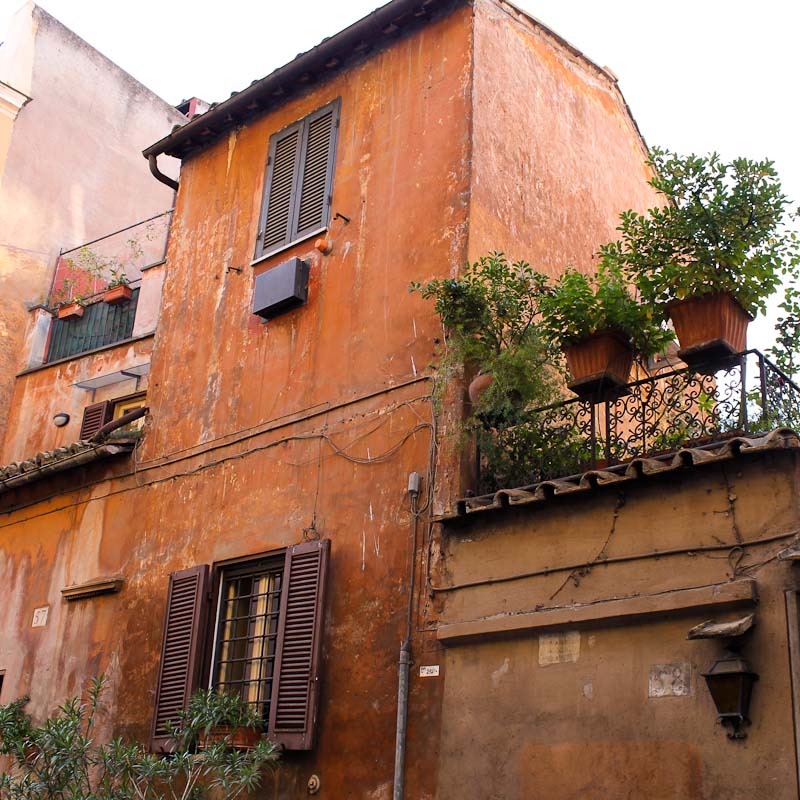 It is not hard to imagine the expert bomb catcher Righetto, running around the charming Trastevere neighbourhood 150 years ago.

8. The Orphan from Trastevere

I loved to share this curious story of reckless bravery in the face of raw power during the Risorgimento, and I’m so pleased to see that you liked to read it. 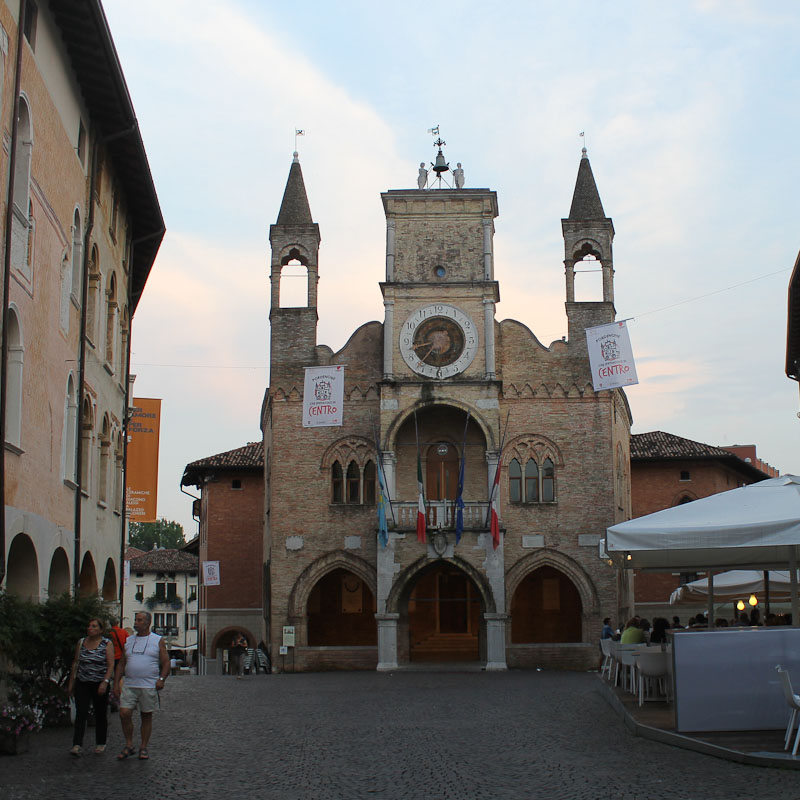 The medieval town hall is one of the most cherished and characteristic buildings in Pordenone.

Tucked away in the centre of Friuli-Venezia Giulia, Pordenone qualifies as one of the least touristy cities of Italy. This, of course, is in itself a good reason to explore the attractions Pordenone has to offer. 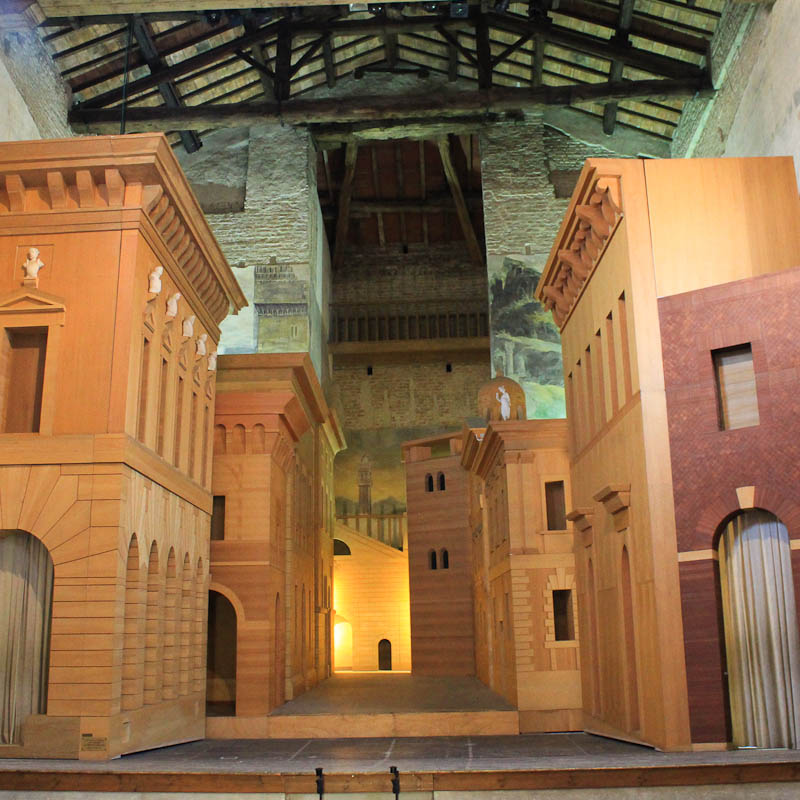 The stage set at the old theatre in Sabbioneta

A visit to the UNESCO World Heritage site Sabbioneta in Lombardia, where they have one of the first permanent theaters in Italy, complete with a stage set that explored to illusion of depth and distance in a fairly small sized room. 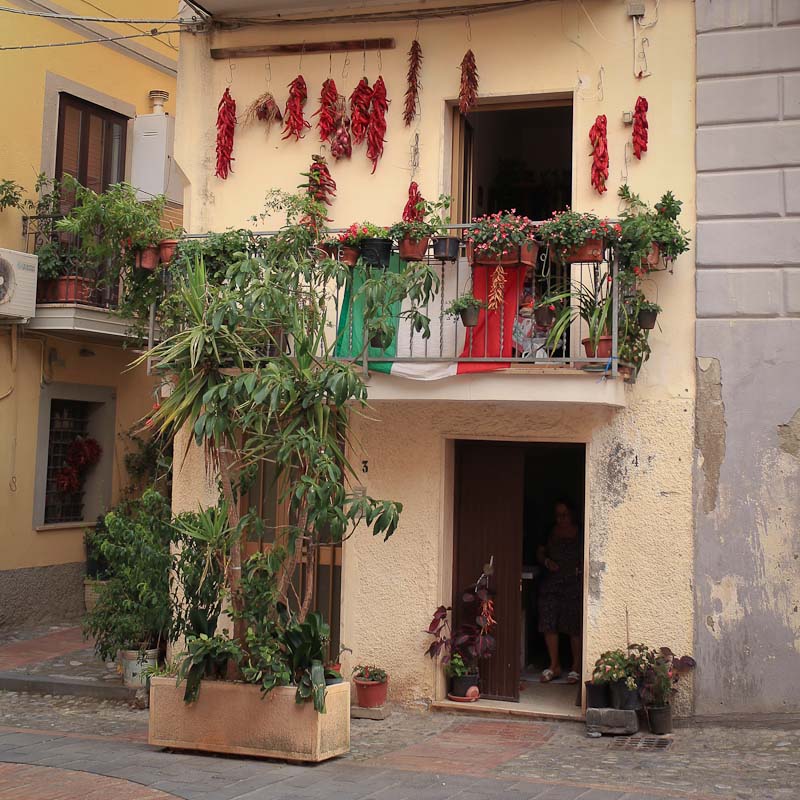 In Diamante garlands of chilis are everywhere.

With only 5.387 permanent residents Diamante in Calabria is neither one of the biggest nor the best known holiday destinations in Italy, yet the seaside town some 466 km south of Rome has earned a reputation as the chilli capital of Italy, and that has made the town hot among tourists. 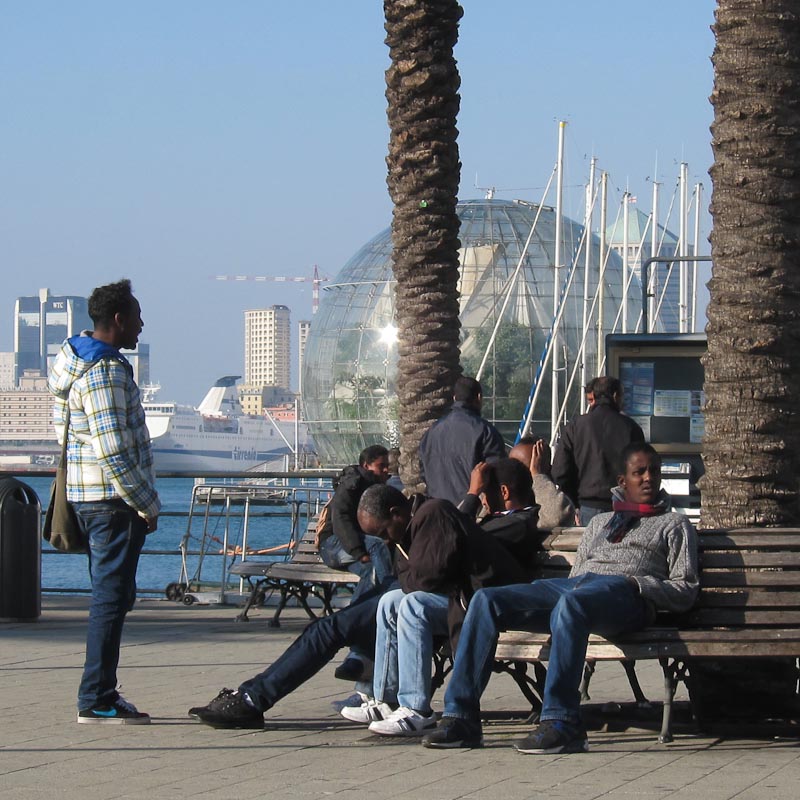 Immigrants on the harbour in Genova dressed in a modern version of the original blue jeans fabrics.

4. The Origin of Blue Jeans

The origin of blue jeans takes us to the regional capital of Liguria, where shipbuilders and merchants 500 years ago used a particular cheap, coarse and strong type of cotton to make sails and protect their goods. Later the material was also used for work clothes and in the 1800s someone had the brilliant idea of exporting these clothes to America, where the blue cotton from Genoa became highly popular among gold-diggers and cowboys working along the American frontier. 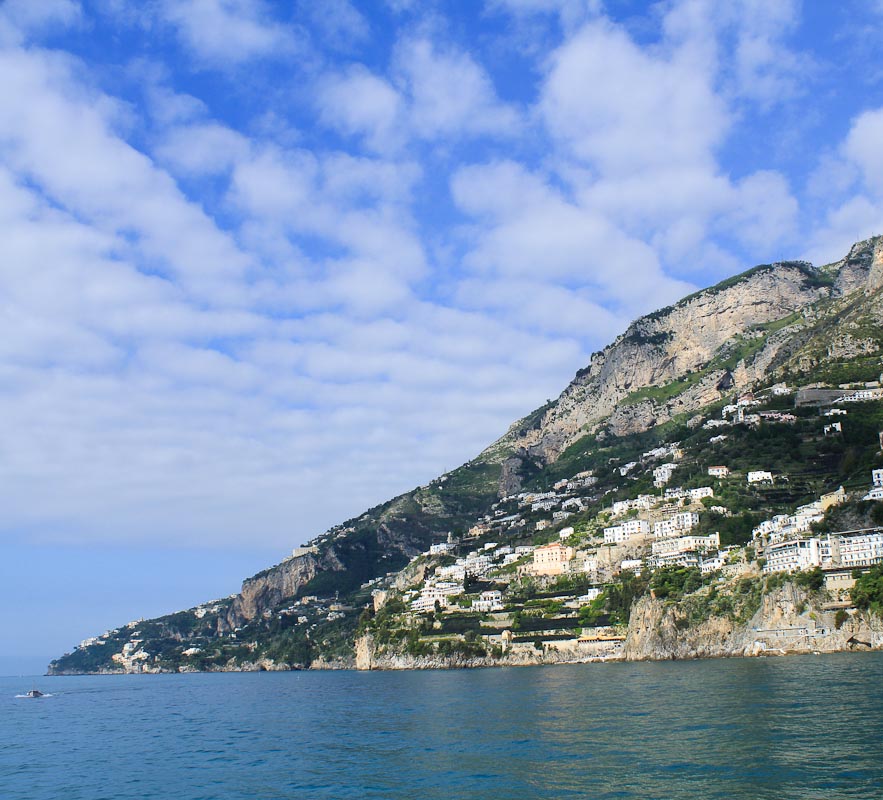 Seeing the Amalfi coast from a boat at sea is priceless.

3. Cruise Along the Amalfi Coast

The promise of a 12 euro cruise along the Amalfi Coast should attract readers, and it did. The two hour boat trip from Salerno to Positano is one of the most pleasurable excursions I’ve ever undertaken with public transportation, and an experience to be highly recommended. 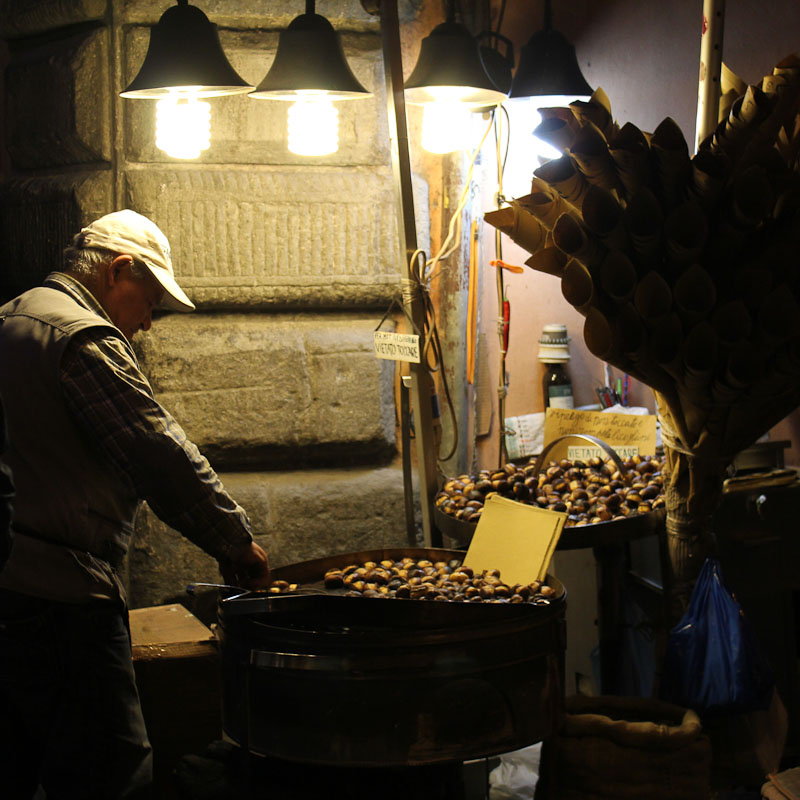 Number 2 on Top Posts 2017 was a photo essay on roasted chestnuts – the autumn and winter street food that announces itself with puffs and columns of black smoke. Yet the most wonderful thing about the chestnuts is that you’ll find them in every region of the country. From Friuli and Piedmont in the north to Campania and Sicily down south.

A view of Florence where “the tower of the old palace pierces the sky like a hypodermic needle”, according to Robert Lowell.

The collection of quotes on Rome and Venice are an ever growing source of fun, so of course I had to make a list of literary quotes about the city of Florence. The position as the most popular post published by Italian Notes in 2017 confirm that you, dear reader, appreciate the effort. Thanks.

Driving in Italy
Scroll to top