Tips to Survive the Heat

It gets hot in Southern Italy in the summertime. Here are 11 tips to survive the heat without the use of air-conditioning.

One of the first questions people ask, when they hear we have got a house in southern Italy, concerns the awful heat. And yes, a few days each summer the temperature  climbs to 37-40 degrees, which qualifies as very hot according to north European standards, but I don’t find it nearly as unbearable as it sounds. As long as you do like the Italians and take precautions.

First, there is a big difference between dry and humid heat. While 30 degrees seems sticky and suffocating in the high humidity of the Po Valley, 35-degrees dry heat with a light breeze does not bother anyone. The highest humidity can be found along the coast, in marshes, and estuaries, so it is preferable to stay a little inland, with fresher air and minimal evaporation from the soil. Also try to stay out of the cities in a heatwave, as they have a tendency to retain heat.

Second, you have to rise early and start working (or – the mandatory sightseeing) before the sun gains power. Peasants work out in the fields from five o’clock, when the first birds whistle; market stalls open at seven; and most museums unlock the doors at nine o’clock. Only stupid Scandinavians snooze till eight o’clock on a hot day.

Third, most houses in south Italy provide natural cooling. There are no windows an 4-5 metres from floor to ceiling in many private homes – and offices for that matter, and this gives a pleasant coolness, which works better in moderate heat than noisy air conditioning systems. 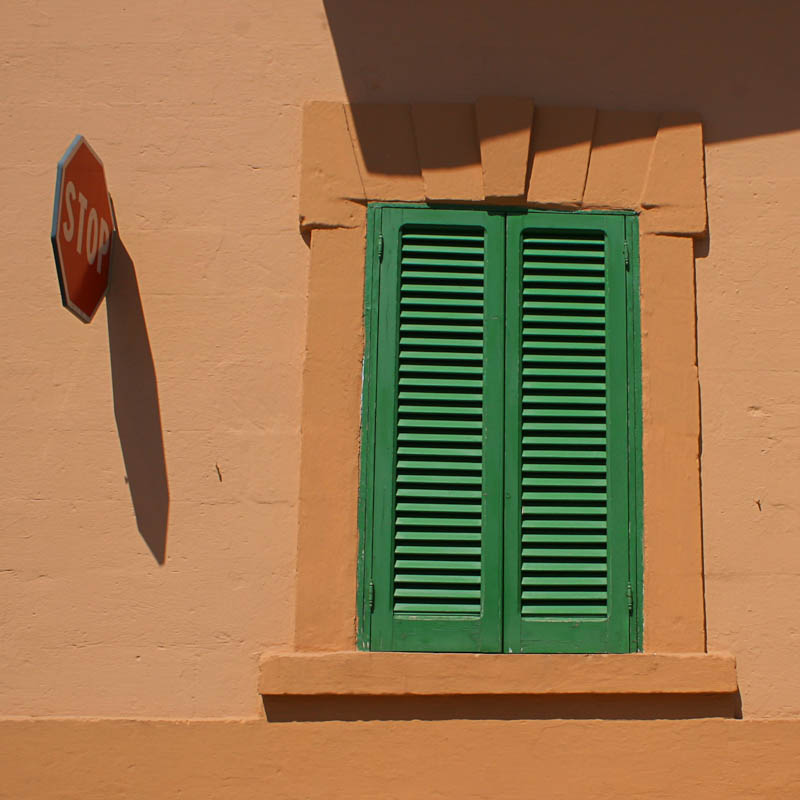 If there are windows in the house, they should be closed and darkened, when you wake up in the morning, and opened again in the evening. Darkness keeps the house cool, and therefore virtually every house in southern Italy looks deserted and uninhabited with closed shutters and rolled down blinds. It is not.

When you have been working since five o’clock in the morning, you are naturally let-off around one in the afternoon, when you go inside behind closed doors to eat the main meal, watch television and take a nap. Others, who have not been up quite so early, also erase the hottest hours from the calendar to eat and relax. Cities and shops remain closed till five pm, and there is life in the streets until midnight.

If you are moving around out of doors, it is important to avoid direct sunlight. South Italians know exactly where the shadow can be found when, and they are experts at moving from one end of town to the other without leaving the shady walls. The trick is to avoid streets that are parallel to the sun, and cross the road wherever a high house or tree prolongs the shadow. 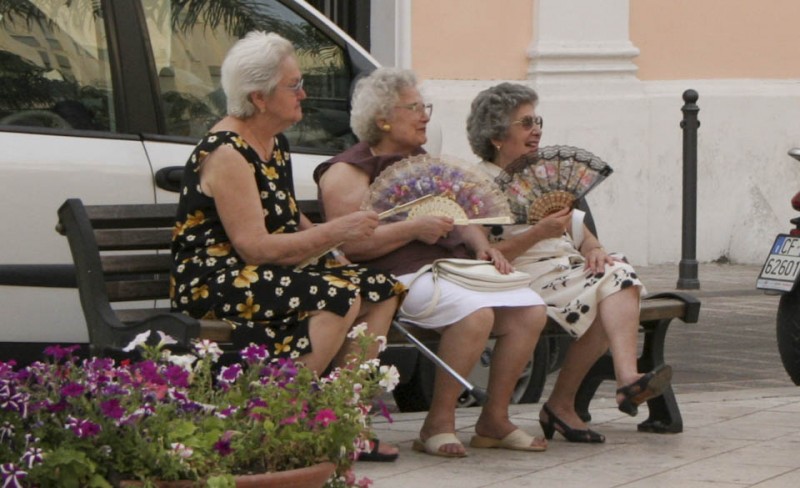 7. Bring your Own Shade

You can also bring along your own shade or a light breeze. Beach vendors sell sunscreens for the car for one euro. A lot of men wear a hat, a cap or a – Silvio Berlusconi style – bandana, and women sometimes use an umbrella as protection against the sun. The umbrella is, however, an unusually drastic solution, but a lot of the elderly women won’t go anywhere without their fan.

Hot weather requires a lot of drinking water. That is why there are water pump on every other street corner, and if you are queuing in the market, some traders hand out water for free.

9. Bring an Ombrellone to the Beach

Drinking water should always be brought along to the beach, where an ombrellone or a beach parasol also forms part of the mandatory equipment. Some families start their beach trips with placing four parasols close beside each other, so there is room for everyone in the shade. Still, they go home from the beach in the afternoon, when the sun is high in the sky. 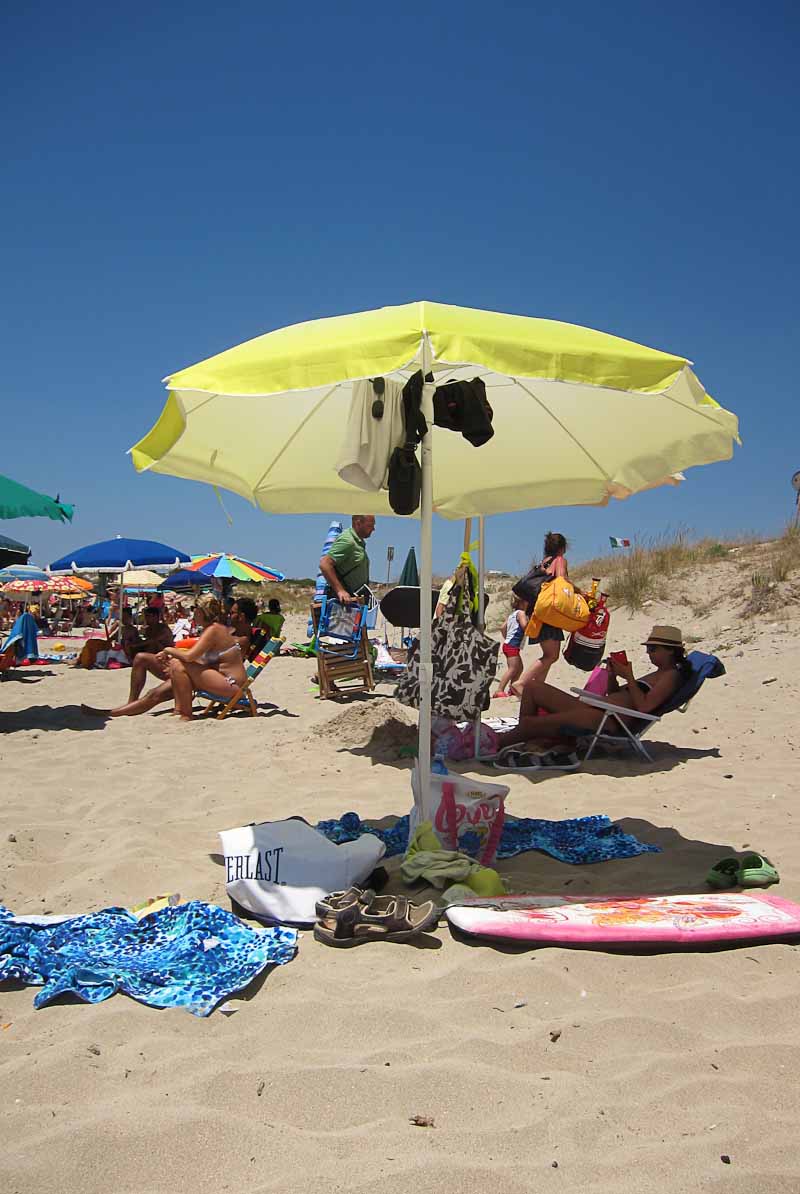 Don’t go to the beach without an ombrellone.

A cooling alternative to the beach is the mountains, where especially elderly people find retreat in the summer. The motto is: the higher, the better.

Finally, it helps to complain about the heat. South Italians talks a lot about the weather, and when it is really hot, you can’t go anywhere without hearing the statement “Fa caldo oggi” in more or less original versions, followed by numerous sighs and complaints.

More about rain, fog and stormy weather in Italy.

Eagles over Basilicata
Scroll to top