The Public Squares of Ascoli Piceno

The Public Squares of Ascoli Piceno in Marche are among the most beautiful open air living rooms in Italy. And the spirit of Hemingway and Satre lingers on.

Ascoli Piceno in southern Marche poses one great challenge: That is the challenge of finding a way in. Surrounded by rivers, mountains and a fortified medieval wall the town offers protection against foreign invaders, and the tendency has been enforced by plenty of high and effective speed humps on the circular roads leading into the city. The marchegiani don’t just open their home to anybody.

Still, ample reward awaits those who do find their way into the mainly pedestrian ‘centro storico’. Although widely different from more popular tourist destinations, Ascoli Piceno is often counted among the most beautiful small towns of Italy due to the hundred-and-one of towers in varying styles; the straight and narrow streets and the elaborately embellished palazzo with colonnades and porticos and with fruit, leaves, animals or arabesques painted around every window and doorway. Walking around the old streets studying house exteriors presents an undivided pleasure.

The best thing about Ascoli Piceno is, however, the piazze.

The central Piazza del Popolo is so like a living room, you would be surprised if it started to rain. In this open air room the imposing Palazzo dei Capitani del Popolo holds the place of honour. Restaurants and cafés line the square and especially the salmon coloured Caffè Meletti attracts attention.

This elegant café has recently been restored to former splendour, which means that the paintings, wood work, staircase and other details look exactly as they did at the opening 103 years ago. Sitting here in the shadow sipping “anisette con la mosca”, where a coffee bean stands in for the fly, you can almost feel the presence of Ernest Hemingway, Jean Paul Satre, Andre Gide and Simone de Beauvoir, who have allegedly been among the guests. At least people with a nostalgic disposition and vivid imagination can claim the spirit of the great travelers, philosophers and writers lingers on. 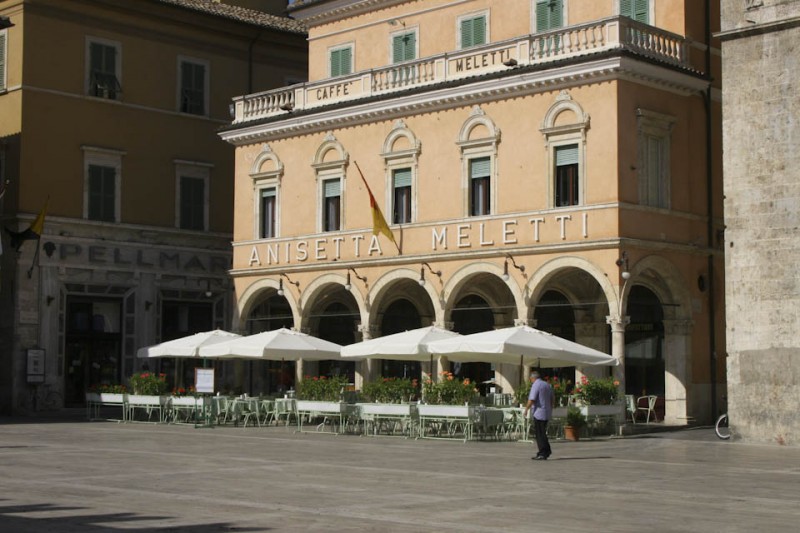 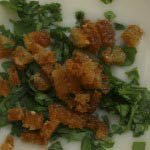 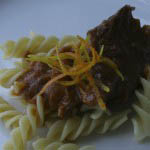