At first sight Museo Civico in Gallipoli may seem quite ordinary, but behind the scenes  – or rather upstairs – this museum Gallipoli Italy turns creepy.

One museum that will always stand out in my memory is the Museo Civico in Gallipoli. The cool but crammed high vaulted room may give an innocent first impression with its numerous glass cupboards displaying the usual assortment of lost brass buttons, old coins, broken pottery, rusty weapons, weird uniforms, corals, minerals, sea shells, fossiled reptiles, and fish and animal scheletons, but if you go behind the scenes – or rather upstairs – it gets creepy.

I visited to museum some years ago with two small children, who found the buttons and coins rather uninteresting. After a few minutes, they got impatient, noisy and bored and wanted to move on, which attracted the attention of the young uniformed superintendent, who came up to me and offered to show us something special. His face was dead serious and there were no additional explanations, but being curious by nature the children and I followed him through a closed door and up an unlighted staircase, where he rattled his keys, unlocked another door, led us into a pitch-dark room and turned on the fluorescent lights.

The light clicked and flickered in a sickening blue-green tone to reveal more glass cupboards filled with transparent jars the size of small bathtubs, but it took some time for the eyes to adjust. By then I spotted some brown pink organic matter in the jars, but it took me a couple of minutes to realize that the contents were human. There must have been dozens of aborted fetuses, siamese twins and children born with disfiguring handicaps, all very life-like apart from the brown discoloured hair that comes from preservation in formalin. It was horrible. Luckily my son reacted instantly: He clasped both hands over the eyes of his little sister and started to drag her out, before she could make sense of the sight, and I ran after them down the staircase.

Know what to expect

Back outside in the blazing Salento sun, the experience took on the nightmarish sheen of unreality, but I have never revisited the Museo Civico in Gallipoli. Instead we go across the street to the ancient olive mill in the ‘frantoi ipogei’. This will definitely not keep you awake at night, as I doubt the monstrous collection would, if I had known what to expect beforehand.

Other interesting museums near Gallipoli

Italian artist at work in Guagnano 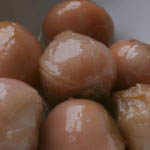 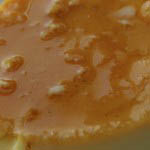