Caught Up in the

The main attractions of Puglia are the easy-going friendliness greeting strangers along with great cultural and natural diversity.

My first visit to Puglia took place as an act of escapism. A few days of peltering rain in a leaking tent with two young children in Emilia-Romagna stirred the urge to go south, and with a trunk full of muddy washing we kept going till the sun broke through.

It happened shortly after Vasto, and while we crossed the Tavoliere temperatures climbed.

The Tavoliere ranges as the largest plain in Italy after the Po Valley, and plains can be pretty boring from a touristy point of view. Especially in Puglia, where farm workers live in towns leaving the countryside to vast fields and roaring emptiness.

Not knowing if or when the wheat fields would ever end, we turned left around Manfredonia, went out on the spur of the Gargano Promontory and ended up in Vieste. Since then Puglia has been the undisputed holiday favourite. 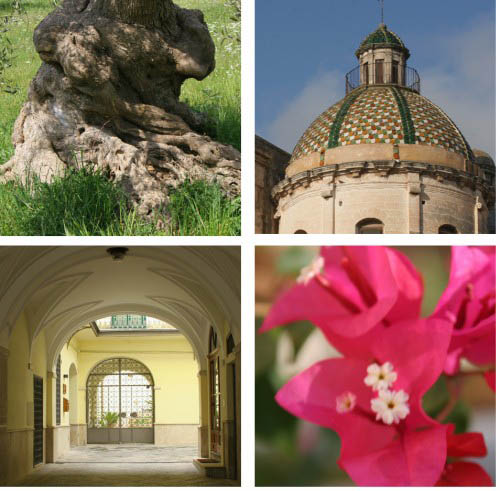 Precisely what makes south-eastern Italy so attractive eludes words, but an important element is the easy-going friendliness. People we met went out of their way to guide strangers; they smiled and talked uninhibited; organised play groups for the children and came running after us, if we forgot our change at the cafe.

The relaxed atmosphere seemed so pervasive it infected holiday-makers from all over Italy, and soon you had open invitations to stop by people in Milano, Mantova, Bologna or L’Aquila.

Cultural Diversity
Another Puglian characteristic is the natural and cultural diversity. Over the past 2000 years Puglia has been under Greek, Roman, Byzantine, Arab, Norman, Swabian, Saracen, Angevin and Spanish rule and the historical heritage can be traced through every town.

The Wonders of Nature

The landscape changes from hills and forest to plains, heathland, caves, ravines and gorges with an understated kind of beauty; charming white villages with labyrinthine narrow alleys compete with high-end shopping districts in big city grids; medieval traditions and customs mingle with modern living; industry and agriculture keep the wheels turning and behind the ancient stone walls there’s a rich production of olives, wine, wheat oranges, tomatoes, peppers, eggplants, squash and other vegetables.

Puglia has got is all – along with free sandy beaches, a warm, dry climate and an amazing light that immediately cures minor depressive tendencies after a Scandinavian winter.

No wonder I got so caught up in the attrractions of Puglia, that we still come back several times a year. 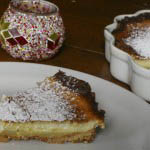 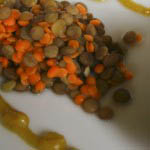 Roast lamb with curry and apricot sauce
Scroll to top