Taranto appears daunting and dangerous from a distance, but it is quite charming once you get to know it. Here is my tribute to the main Taranto attractions.

The first time I visited Taranto many years ago, I went into a dark bar in the tumbledown old part of town to buy a glass of ice tea. Behind the counter there was an okay nice bartender, who seemed to have had one eye removed without medical assistance. The scarred, empty eye socket looked like an excerpt from a pirate novel, and my fascination and fright was not lessened by the discovery of another man, standing by a slot machine, with the exact same handicap. I felt spooked, and I still find it hard to believe in the truth and authenticity of the experience, that immediately stirred the imagination. 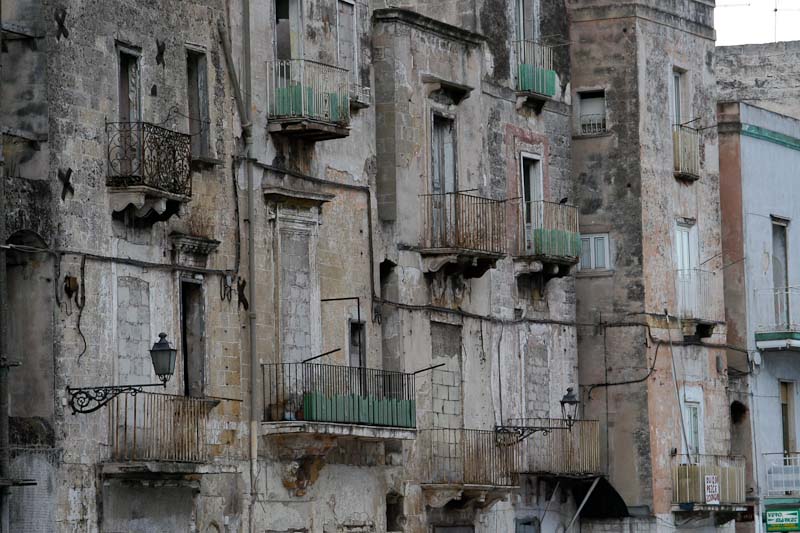 In fact, I think, the story contains the essence of Taranto, as a city which appears a little bit daunting and dangerous from a distance, although it is quite charming once you get to know  it.

Three ways to see the Taranto

Seen from the outside, Taranto looks like an environmental disaster. The moment you pass Gioia del Colle on the highway from Bari and drive down towards the bay, you catch the first glimpses of container cranes, flaming refinery chimneys, and black smog from Europe’s largest steel mill, Ilva. Around 13 000 people work at the steel mill, which also generates a great number of subcontractor jobs, so Ilva feeds much of the local population. They live in conspicuous, high-rise, concrete silos in odd shapes and colours, making Danish ghettoes seem like Legoland. 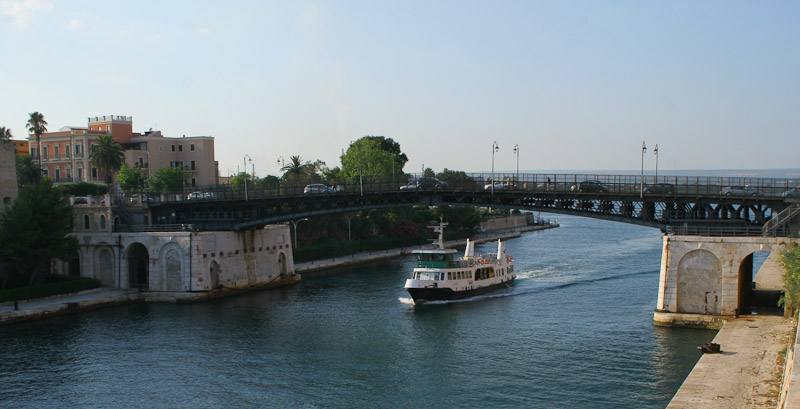 Ponte Girevole connecting the old and the new part of Taranto.

The local tourist authorities promote Taranto as “la città dei due mari”, Italian journalist Beppe Severgnini compares it to a leopard due to its spotted beauty, and Giancarlo De Cataldo has written a book titled Terroni  – Taranto Poisonville. All three descriptions contain a grain of truth.

Poisonville because the incidence rate of cancer in Taranto is clearly above average, and because emissions of dioxin are still alarmingly high, despite the implementation of tighter limits. There is no smoke without pollution from these chimneys. 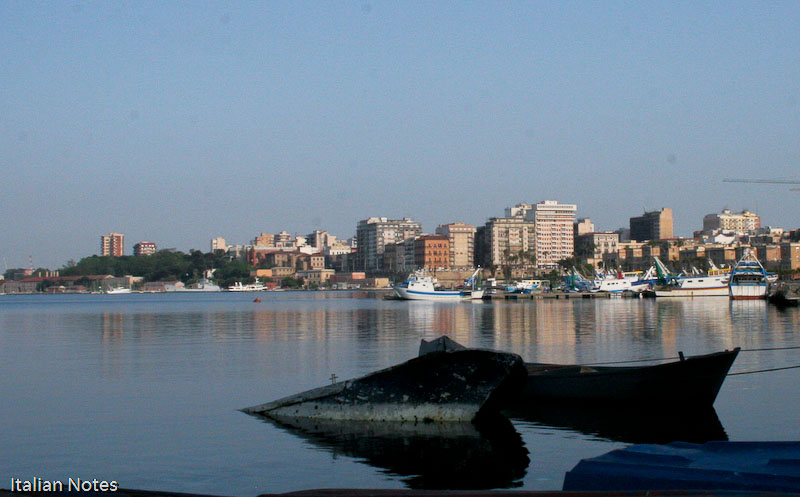 Leopard, because there are plenty of beautiful, exciting and evocative places behind the spots. Take, for instance, the old fishing port on Via Cariati; Lungomare when an orange sun sets behind large ships at anchor in Mare Grande; the wide pedestrian street, where workers, anarchists and administrators, families, children, young, middle aged and old, junkies, beggars and the marines wander back and forth between the port and the palm trees until it is almost midnight; Ponte Girevole as seen from the outdoor pizzerias on a hot summer night; and Mare Piccolo when fishermen drag garlands of mussels out of the water with Italy’s naval fleet in the background. 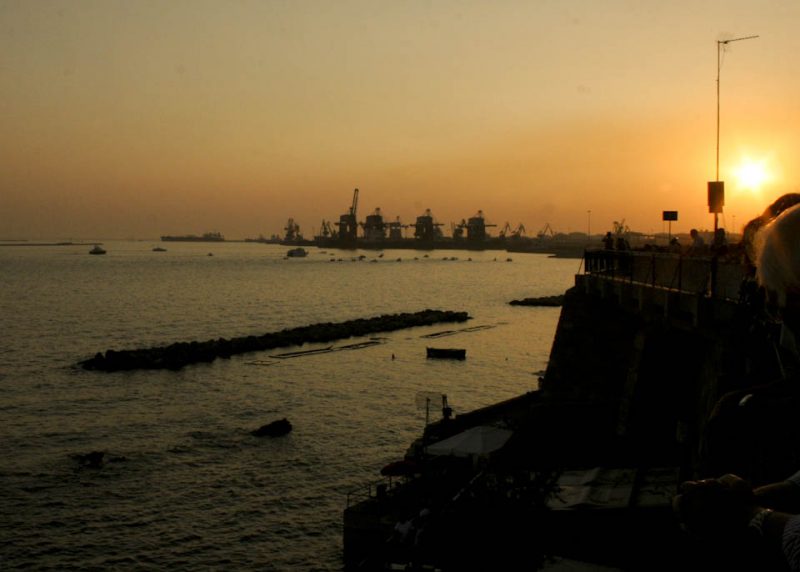 A city locked between two seas
And città dei due mari because Taranto is situated on a tongue of land with an artificial island as a gob stopper in the middle between the saltwater lagoon Mare Piccolo and Grande Mare, that is separated from the Ionian Sea by an offshore bar and some smaller islands. 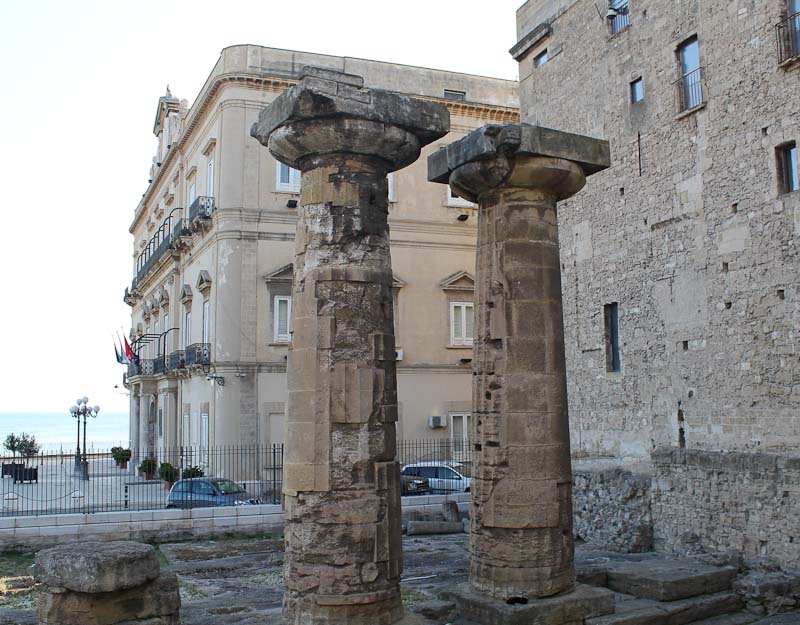 Coloumns from an ancient Greek temple in the centre of Taranto.

Taranto was founded 706 BC as a Spartan colony, and it formed one of the cornerstones of Magna Grecia, until conquered by the Romans. Since then Taranto was occupied by Normans, Spaniards and Saracen invaders, who all left their mark on the city, its people and culture. You do not have to be an archaeologist to discover layer upon layer of history and stories with lots of mystery and contrasts around here. All it takes is a flair for industrial romance and the ability to see beyond scary and smoky first hand impressions.