Roads to the unification of Italy

The unification of Italy is visible in street names that are used and repeated by almost every town throughout the country.

March 17 2011 marked the 150th anniversary for the unification of Italy. An event that was celebrated throughout the country. Yet I can’t help wondering, where the project of Giuseppe Garibaldi, Giuseppe Mazzini, Conte di Cavour and Vittorio Emanuele II would be without the assistance of ordinary people – in particular the teachers, soldiers and civil servants who helped to forge a new national identity.

The problem of understanding

Language is generally considered one of the most important constituents of a nation, but when Italy was formed only 2.5 percent of the total population mastered the Italian language. Most of these Italian speaking people lived in Tuscany and Rome, while the great majority of people in other parts of the country spoke widely different dialects, which were not immediately understandable outside the province. A few traveling merchants used some sort of pidgin language based on the lowest common denominators to get by when doing business with non-locals, but that kind of fancy talk was not acceptable in their hometowns. 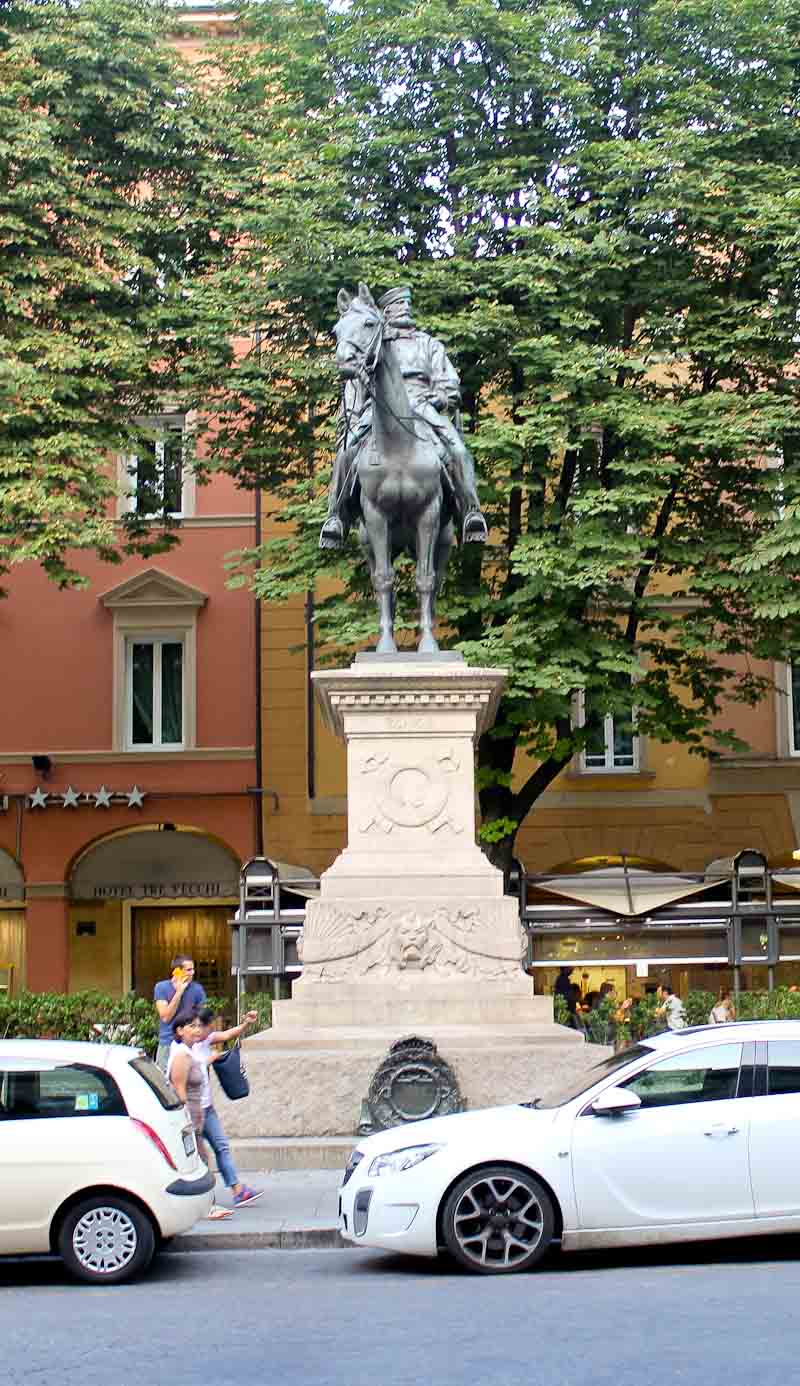 Most Italian towns of a certain size have a statue of Garibaldi or another founding father, like this one from Bologna.

Most of the new Italians, especially in the south, were also illiterate, so the unified Italy instituted elementary schools where children were taught to read and write in Italian and gradually the church also started to preach in Italian. World War I forced thousands of young Italian men to travel and serve in new parts of the country, which strengthened national cohesion. War memorials were erected to remember the fallen. And in the 1920s – much to the regret of eg. the German speaking minorities in Merano – the fascist government dictated a common curriculum in all Italian schools focusing on language and history.

In the same period, towns and roads were renamed from local versions of the universal High Street, Church Street and Main Street to names reflecting a common national frame of reference. Grazzano Monferrato became Grazzano Badoglio and Praduro e Sasso became Sasso Marconi. Furthermore, any two-horse Italian town from Friuli to Sicilia has a Corso Garibaldi, Via Mazzini, Piazza Cavour, Piazza Risorgimento and Via Vittorio Emanuele along with a Via Trento, Via Trieste, Via Dante and Via Puccini.

No matter where in Italy you go or live, you are constantly reminded of the nation’s history, geography and heroes. As an interesting example of how to construct reality and build a nation with words.