It rarely rains in Puglia in the summertime, but when it happens, it pours. What begins with a few puffy cotton clouds in the distance rapidly develops into a frightening storm, where huge dark clouds come rolling at amazing speed accompanied by thunder and distant flashes of lightning, before floodgates of biblical dimensions are finally opened.

A few minutes later, all town streets – not to mention country roads and highways – have been transformed to canals with a depth of ½-1 metres. We are not talking risk of aqua planning but acute need of a keel. Motorists try to copy Moses’ trick and part the sea with the result that they send cascades of water out to both sides, but caught in the height of the storm, all they can do is to keep still, turn on the emergency lights and wait for the storm to pass. The few drains in the streets are not dimensioned to drain off big floods of water, so the rain collects in stream and rivers, that rounds corners and tear along flower heads, plants, plastic bottles, disposable lighters, loose stones, billboards, cats, dogs and cobbler boys and form a lake at the lowest part of town. Suddenly, it makes sense to have curbs to high that a walk around town makes it up for a high impact step-class in the fitness centre.

During and after the storm, people apparently desert even large cities such as Bari, Taranto and Lecce and low-lying roads become impassable for days. Vines and olive trees stand with their feet in water, because the rain cannot penetrate the red soil that has been baked to clay after months of strong sunshine. The worst thing, however, is the lightning, which can be downright dangerous for farmers working in the field.

According to legend, Salento in 1664 experienced one violent storm after the other. There was thunder and lightning almost every day, and the peasants died like flies when struck by lightning. People did not know what to do, but it seemed plausible to see the storm as a punishment from heaven. They therefore turned to their priest to hear how they could make peace with God and get the storms to cease. After prolonged deliberations the pastor recommended that every family should sacrifice some bread and water to the holy Immaculate Virgin. At the outset a few families followed his advice, and as nobody in their household was subsequently struck by lightning, other families skipped dinner and gave their daily ration of bread and water to the divine powers. The day after they celebrated by serving small lumps of dough fried in olive oil – also known as li pettuli.

As a wannabe southerner, I once tried to produce li pettuli, by dropping lumps of pizza dough in sizzling oil. This cannot be recommended. A dough made with Danish yeast will explode, and send showers of scalding hot oil out over the face and arms of the cook. This hurts and leaves you with some nasty burns, so next time the thunder and lightning strikes hard, I will settle for a piece of left over dry bread, when the Madonna has had her share. 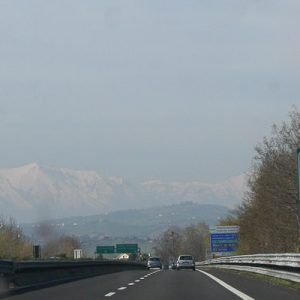 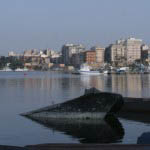