World Heritage in Calabria: Since the seventh century, hermit monks from the Arabian deserts have sought refuge in the sparsely populated Calabrian mountains, as can be seen at Cattolica di Stilo.

Must have been the contr’ora, cause shops were closed, windows barred and shuttered, and streets deserted on that warm July afternoon we stopped in the Calabrian town Stilo. Not even the café- bar was staffed, although we were welcome to sit down on the dirty white plastic chairs and rest our feet in the shadow of an Algida sponsored umbrella. For some reason my memories of small town Calabria are always devoid of people, yet I find the remote villages and abandoned buildings closed in between the sea, the sky, the ravines and the mountains absolutely fascinating.

It may be a lingering impression from the past. Since the seventh century, hermit monks from the Arabian deserts were whirled out in the periphery of the Byzantine Empire by the increasing domination of monasticism. The monks sought refuge in the sparsely populated Calabrian mountains, where they could pursue their solitary quest for God, but by and by their numbers became so large that their influence seeped through all aspects of religious life. The eastern monks founded churches and monasteries, they preserved and transmitted oriental rites, cults and lithurgy to the locals, and they more or less re-conquered Calabria from Lombard rule.

To me the austerity and seclusion of the hermits still permeates some of the most inaccessible areas of Calabria. All it takes to bring back a sense of the early monastic orders is a vivid imagination and a view of a cave that may have been used as a human dwelling dug into the rocks.

Today Stilo is not a rock settlement, but a town populated by almost 3000 people, whom I did not meet, but across the piazza I saw a rundown souvenir shop with a window exhibition of brown and light blue ceramic plates, figurines, amphorae, and a poster praising ‘La Cattolica di Stilo’. Ever curious, we took the car and drove a bit further op the mountain, where the road ended in a parking lot and a foot path. A few Italian tourists had also found their way up the mountain, and a kiosk selling lollipops, granite and canned drinks offered refreshments. Cattolica di Stilo is a major sight and according to explanatory signs even listed on UN World Heritage’s tentative list.

We walked a few hundred metres along a low stone wall separating the path from the precipice. Far below the Ionian Sea looked like an overgrown pond, while Stilo revealed itself as a rather ordinary church and a block of squared white houses surrounded by a circular road.

The ‘downtown’ church with its carved façade, cupola and clock tower formed a striking contrast to the red building at the end of the foot path. The Cattolica di Stilo is a tiny red-brick building with unnoticeable exterior decorations apart from five austere periscope domes topped by a wavy perm of roof tiles. Inside the church has a Greek cross plan inscribed within a square and three apses symmetrically arranged around a central dome. The vaults are supported by columns plundered from ancient buildings in Magna Graecia and resting on bases formed by upturned capitals. The interior was once entirely covered with frescoes with strictly Christian motifs and were also several inscriptions in Arabic.

The construction reflects the strictly sober beliefs of the Byzantine monks, and according to UN World Heritage the Cattolica di Stilo is considered the most representative of the Byzantine Basilian monuments. It was built between the tenth and eleventh centuries, when Stilo was the leading Byzantine centre of the region and a magnet for hermits and monks, who found shelter in its caves, creating an extremely important rock settlement in the area. Other examples of Basilian architecture in Calbria include S. Maria della Roccella in Squillace (Catanzaro), San Giovanni Teresti in Bivongi (Reggio Calabria), Santa Filomena in Santa Severina (Crotone) and San Marco and Santa Maria del Pathirion in Rossano (Cosenza)

The Cattolica di Stilo was destroyed in an earth quake in 1783, but surviving elements are largely intact, and the reconstruction has been based upon authentic architectural designs and structures. Driving down the hairpin turns, I saw the lights being turned on in Stilo, while children on tricycles and old men seeking company filled the piazza as an outdoor living room, and realized that small insignificant buildings can have great importance for understanding past and present. 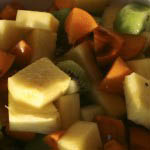 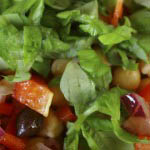