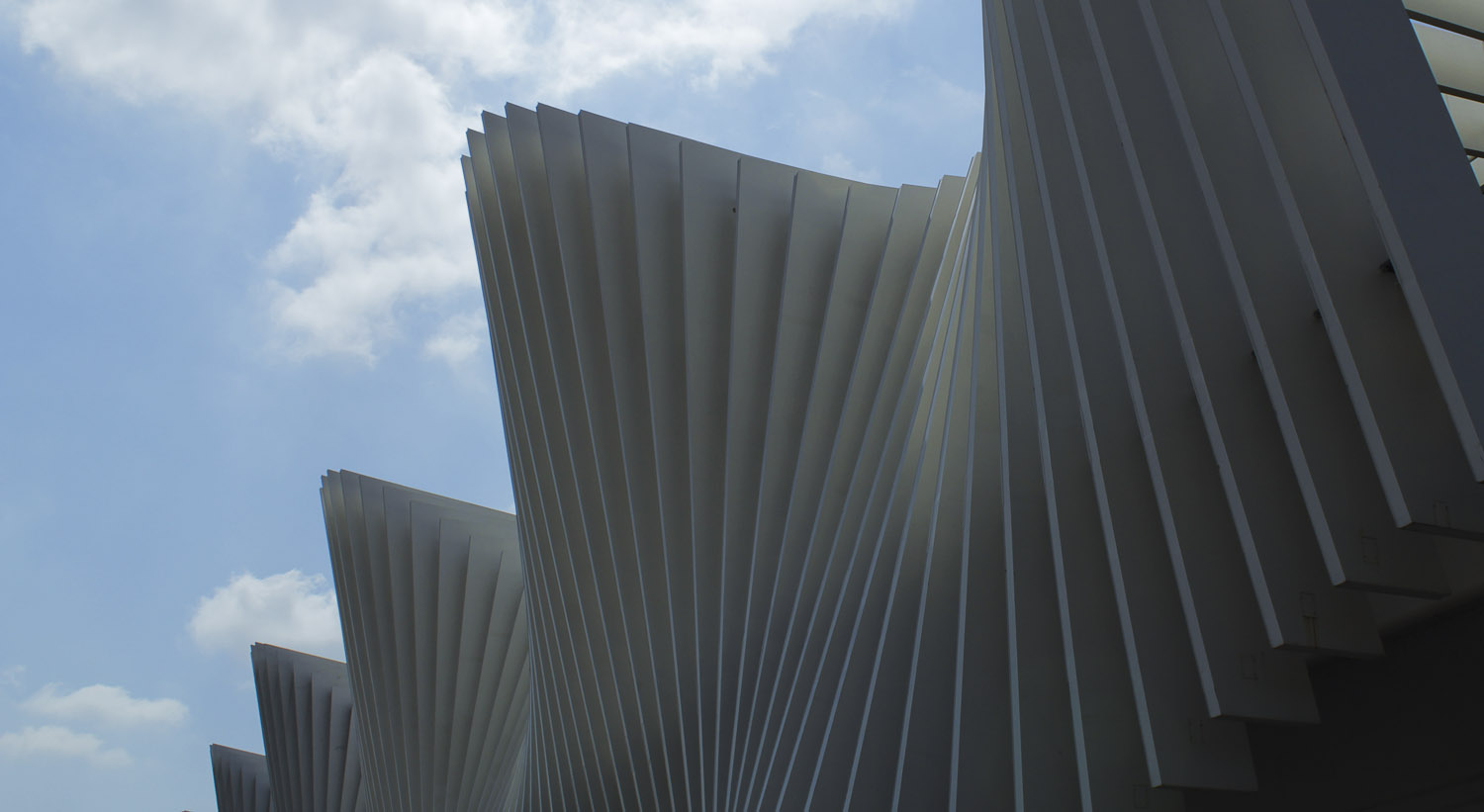 Only once have I even made a detour specifically to see a railway station, and that railway station was the Stazione AV Mediopadana in Reggio Emilia.


I have been fascinated by Stazione AV Mediopadana in Reggio Emilia ever since I first caught a glimpse of the structure from the E35 motorway between Milan and Bologna. The railway station looks like a giant Le Klint lamp shade with folded pleats undulating over the flat Padana plain, and along with three bridges and a highway toll station it constitutes a newish gateway to Reggio Emilia.

Squeezed in between world known cities like Parma, Mantova, Modena and Bologna, I suspect Reggio Emilia may have suffered from an inferiority complex. In 2002,  the city council contacted the Spanish architect Salvatore Calatrava and asked him to create a comprehensive master plan of infrastructure projects that could facilitate access to the city. Calatrava is one of the most acclaimed architects of the late 20th century, and he has designed a number of sculptural buildings throughout the world. In Italy,  he is mostly known for the controversial fourth bridge over the Grand Canal in Venice and the Vela di Calatrava sports city in Rome. 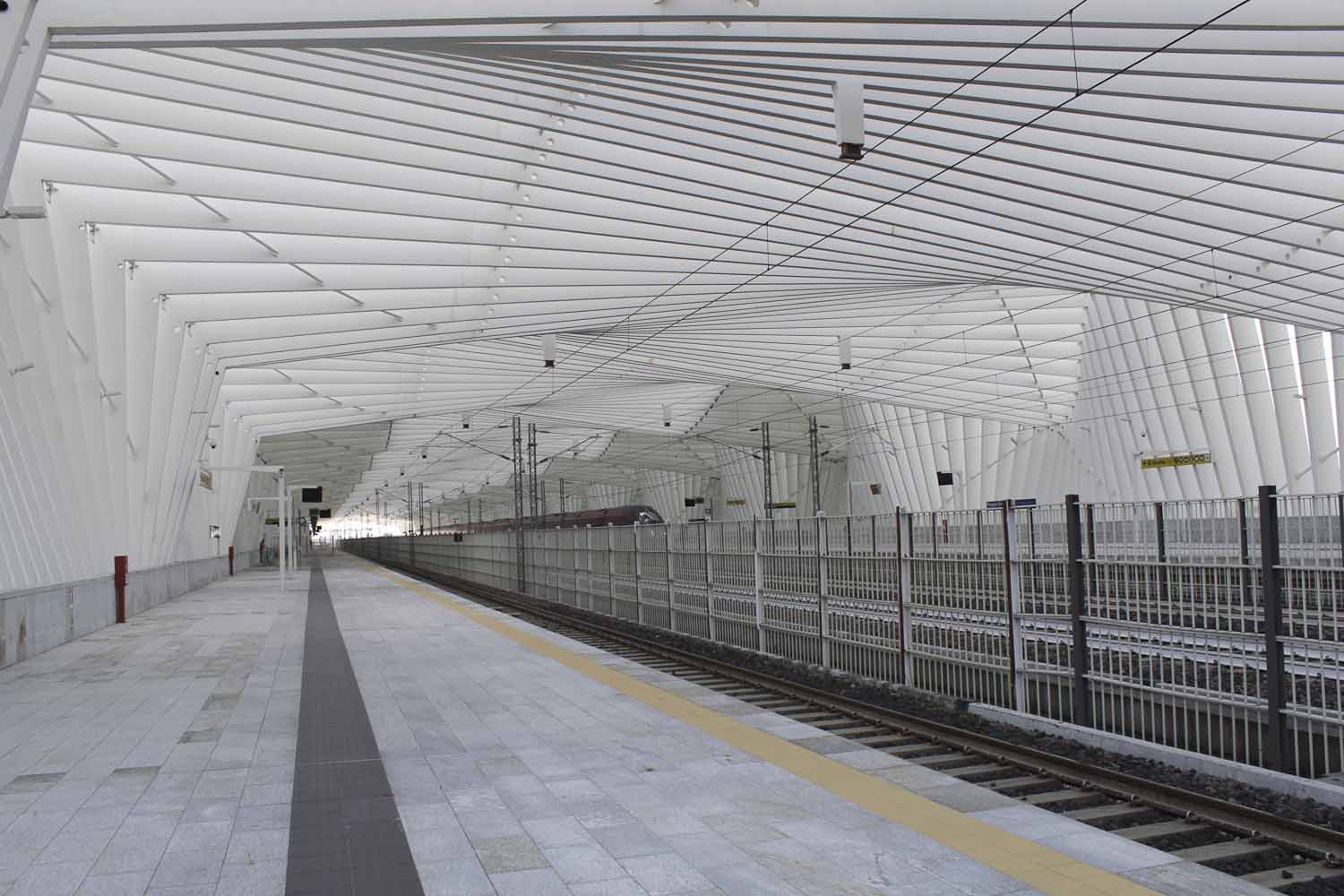 Inside Stazione AV Mediopadana the building is eerily empty.

Still, I find the gateway to Reggio Emilia more impressive. Stazione AV Mediopadana is a rhythmic, repetitive and dynamic structure like an origami object or an undulating futuristic wave of steel and concrete. The building consists of 25 modules measuring up to 20 m. Along each side of the building thirteen different steel portals succeed each other with one metre intervals, and the small displacements and variations create a sense of movement.

The weirdest thing about Stazione AV Mediopadana, however, was not the architecture, but the fact that this symbol of soaring ambition remained abandoned for the hour, we weaved in and out of portals and waited to see a high speed TGV train pass through. There were no guards, shops, bars or manned ticket offices to be seen, even though the station was inaugurated in 2013 and the car park was full. Apparently, passengers only hang around the station for as long as it takes them to embark or disembark.

The absence of other people gave Stazione AV Mediopadana a phantasmagorical aspect, and if I did not have the photographs to prove it, I still would not be convinced about the reality of the place. Perhaps it’s all just an optical illusion. 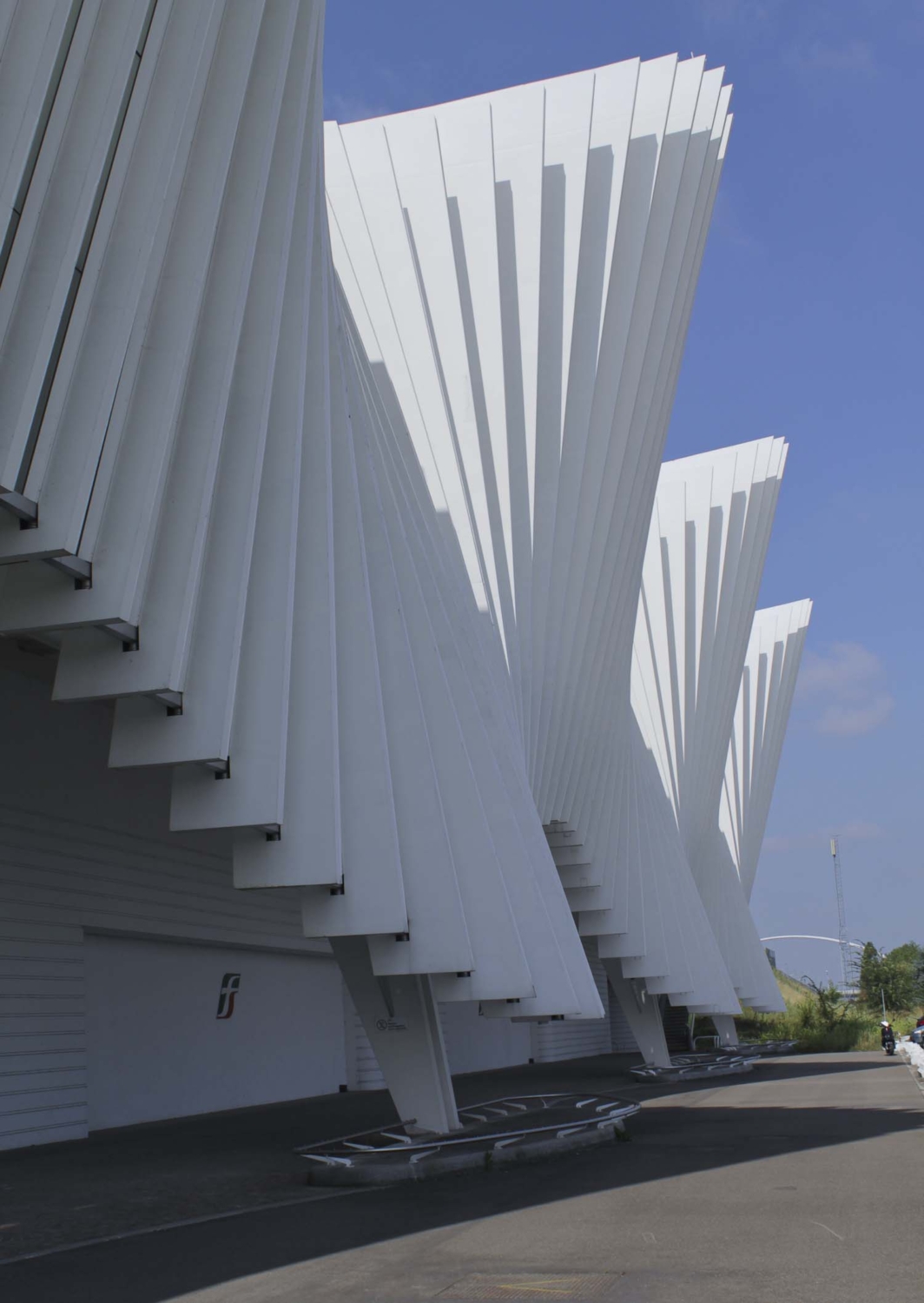