A Sunday morning in March spring blossoms in the ancient city of Teramo against the highest snow capped mountains of the Apennines. That is Abruzzo in the springtime.


Across the high street pink flags announce ’99 volte in rosa’, a series of cultural events marking the coming of spring, but apart from that Teramo resembles ’una città deserta’ as stated by the bored young waiter at the Antico Cantinone, where we’d had our meal the night before. Even Sor Paolo, the frozen, togaed Roman Patrician from the 1st century BC who has later been captured walking through a wall and used as a recipient of petitions, complaints and love letters stands empty handed.

On Sunday morning Teramo city centre is left to a few elderly people going to church or walking dogs. The open newsstands attract some customers and in the piazza three men share a local newspaper. 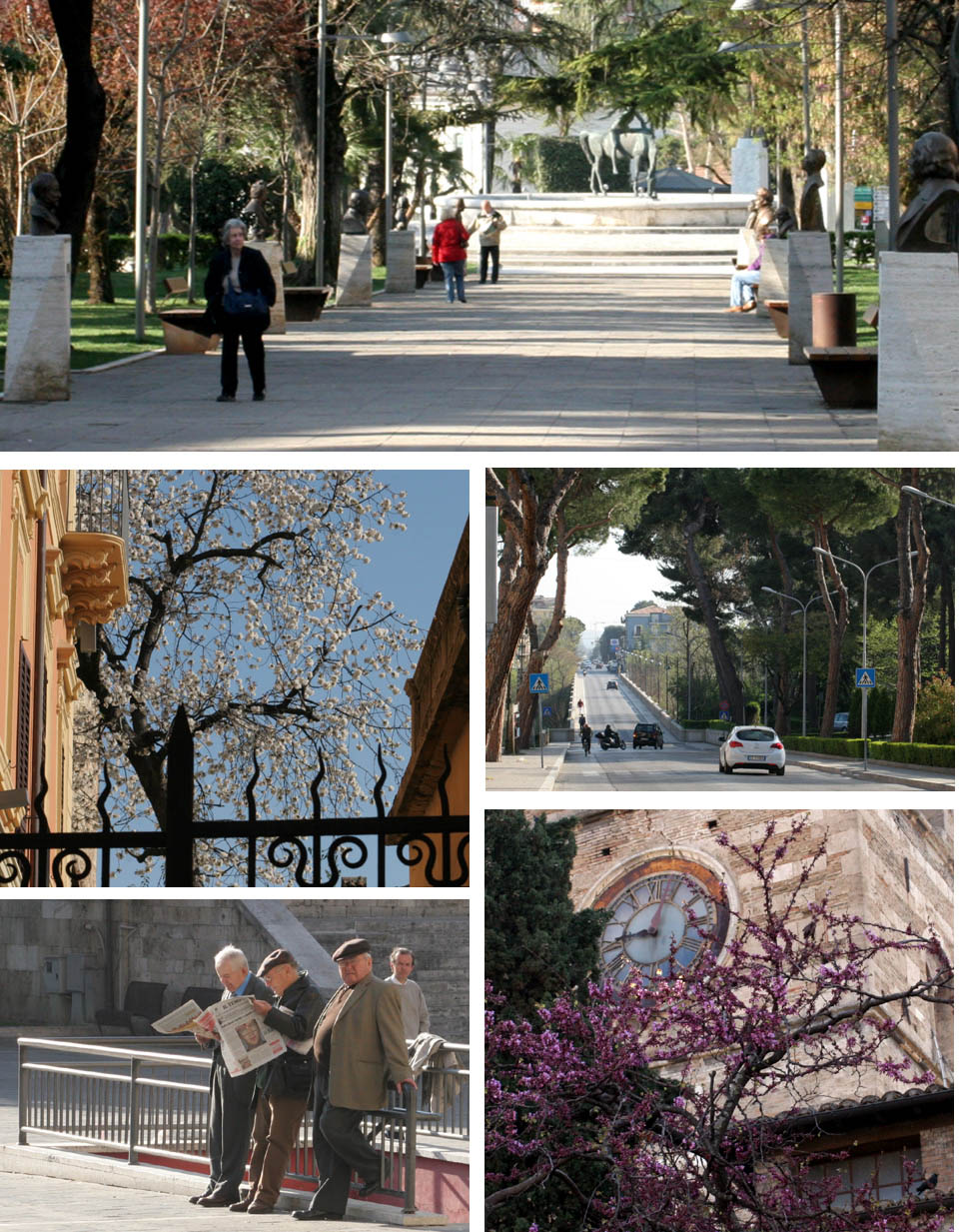 Snapshots from a Sunday morning during spring in Teramo.

A hunch-backed, toothless woman grabs my arm and points down a small alley. ‘Go down there’ she says ‘There you’ll find the oldest houses of Teramo. They ought to be photographed’.

Still the old stones remain quiet, inert and very uneventful, so I start pointing my camera at all the fresh green leaves and lively white, yellow and purple flowers and end up behind the cathedral. And there just beneath the town clock I finally see the ’99 volte in rosa’ promised.

Sights around Teramo in Abruzzo