Christmas pie from Emilia and Tuscany

Spongata di natale is a typical Christmas cake from the Emilie region and northern Tuscany. There are great local variations as regards filling, but the outcome is not unlike panpepato or a crumbly English mince pie.

According to Wikipedia spongata di natale is an ancient Jewish recipe most likely introduced as a gift to the Duke of Milan 550 years ago. Today the cakes are produced by craft bakers in Pontremoli, Sarzana and Busseto outside of Parma, but the tradition also lives on in Piacenza, Reggio Emilia, Modena, Massa-Carrara and La Spezia.

The name spongata probably derives from the noun spongia meaning sponge as a reference to the knobbly and irregular surface of the cake.

Start by soaking the raisins in as much rum as you are willing to sacrifice.
Make the pastry by rubbing butter into flour mixed with vanilla sugar.
Melt the sugar in white wine over low heat to a syrup.
Pour the syrup over the flour and mix until the dough comes together smoothly.
Wrap the pastry in cling film and leave it to rest in the fridge, while you prepare the filling.
Chop nuts almonds and pine nuts and mix with breadcrumbs, orange peel, zuccade, rum soaked rasins and spices.
Melt the honey in a casserole to make it runny, before mixing with the other ingredients.
Divide the pastry in two halves and roll each half out as a thin disc of about the same size.
Place one of the pastry discs in a greased pie dish.
Spread the filling on top, but leave 1 cm free around the edges.
Cover the filling with the other pastry disc and seal the edges.
Bake the spongata di natale at 175 C / 350 F for 40 minutes until golden brown
Try to leave the cake for at least a day before eating.
Wrapped in parchment paper Spongata di natale will keep for weeks, but in most cases someone has eaten it long before then. 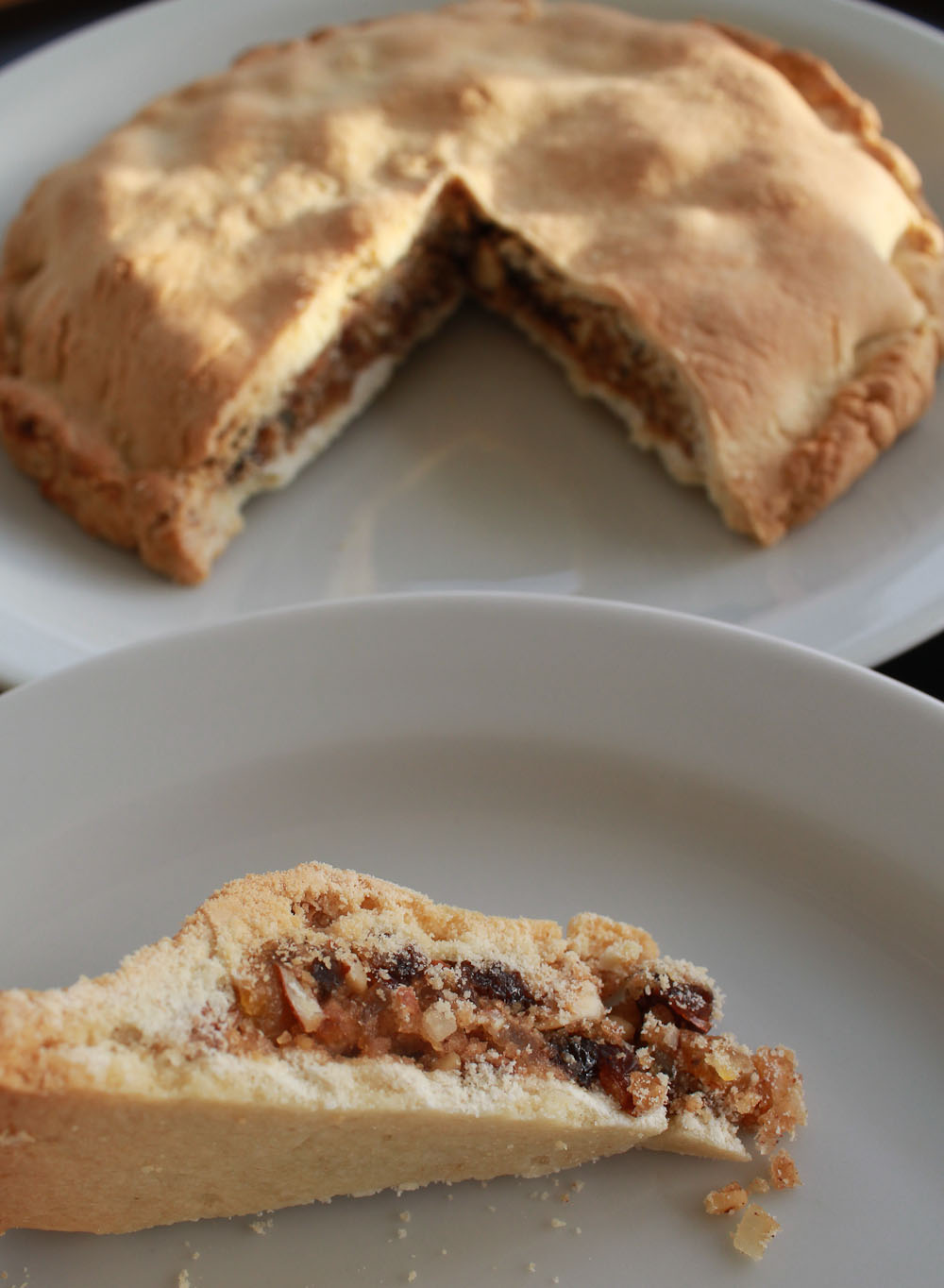 The pastry of Spongata di Natale becomes quite hard and crumbly, like a biscuit. 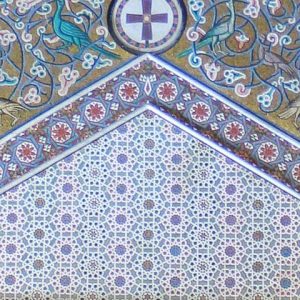 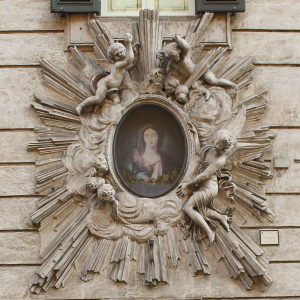 Watch Out For the Madonnelle
Scroll to top