I hadn’t come across a spinach pasta roll, until I found the recipe in an old issue of Sale&Pepe from 2010. And I still can’t believe, how I’ve missed something so good for so long.

The article in Sale & Pepe celebrates the culinary traditions of Emilia la ghiotta listing delicacies from Parma, Bologna and Piacenza. The spinach pasta roll is a traditional recipe from Reggio Emilia which according to the magazine is the poorest and most rural part of the region known for its homemade pasta, cheese and fresh vegetables.

It’s not just the shape that makes the spinach pasta roll special. The roll should be cooked for an hour so that the pasta and the spinach filling makes up a soft, compact roll that can easily be sliced and served with a classic tomato or cheese sauce. The strange thing is that it becomes more al dente the longer it cooks.

Make a volcano of flour with the egg and the egg yolk in the middle on a clean worktop.
Use a fork to incorporate flour and egg.
Keep stirring and kneading until you have a smooth and elastic pasta dough.
Let the pasta rest for an hour in the fridge.
Wash the spinach and give it a quick boil in as little water as possible (if you use frozen spinach, you can skip this)
Drain the spinach, let it cool and chop it finely.
Stir ricotta with grated nutmeg and parmesan, salt and pepper.
Mix finely chopped spinach with the cheese mixture.
Roll the pasta 10 times through the greatest width of the pasta machine.
Roll the pasta sheet out while you decrease the width gradually.
Press two sheets of pasta together or use a rolling pin to make a thin and square, single sheet of pasta.
Spread the spinach filling evenly over the pasta leaving a free border of 2 cm all the way round.
Roll the pasta over the filling and seal the edges with a drop of water.
Wrap the spinach pasta roll in a piece of cloth or in a sheet of baking paper.
Tie the ends with kitchen string
Bring a pot of salted water to the boil. (it’s easier if you use an oblong saucepan for cooking fish. Otherwise you may have to bend the spinach pasta roll to fit the pan)
Immerse the spinach pasta roll in boiling water, turn down the heat to an absolute minimum and cook the spinach pasta roll for circa 30-60 minutes.
Slice the spinach pages roll before serving with a classic tomato sauce and a shower of grated parmesan.
Unlike other cooked pasta, the spinach pasta roll can also be eaten cold, or covered in bechamel sauce as a gratin, quite like cannelloni. 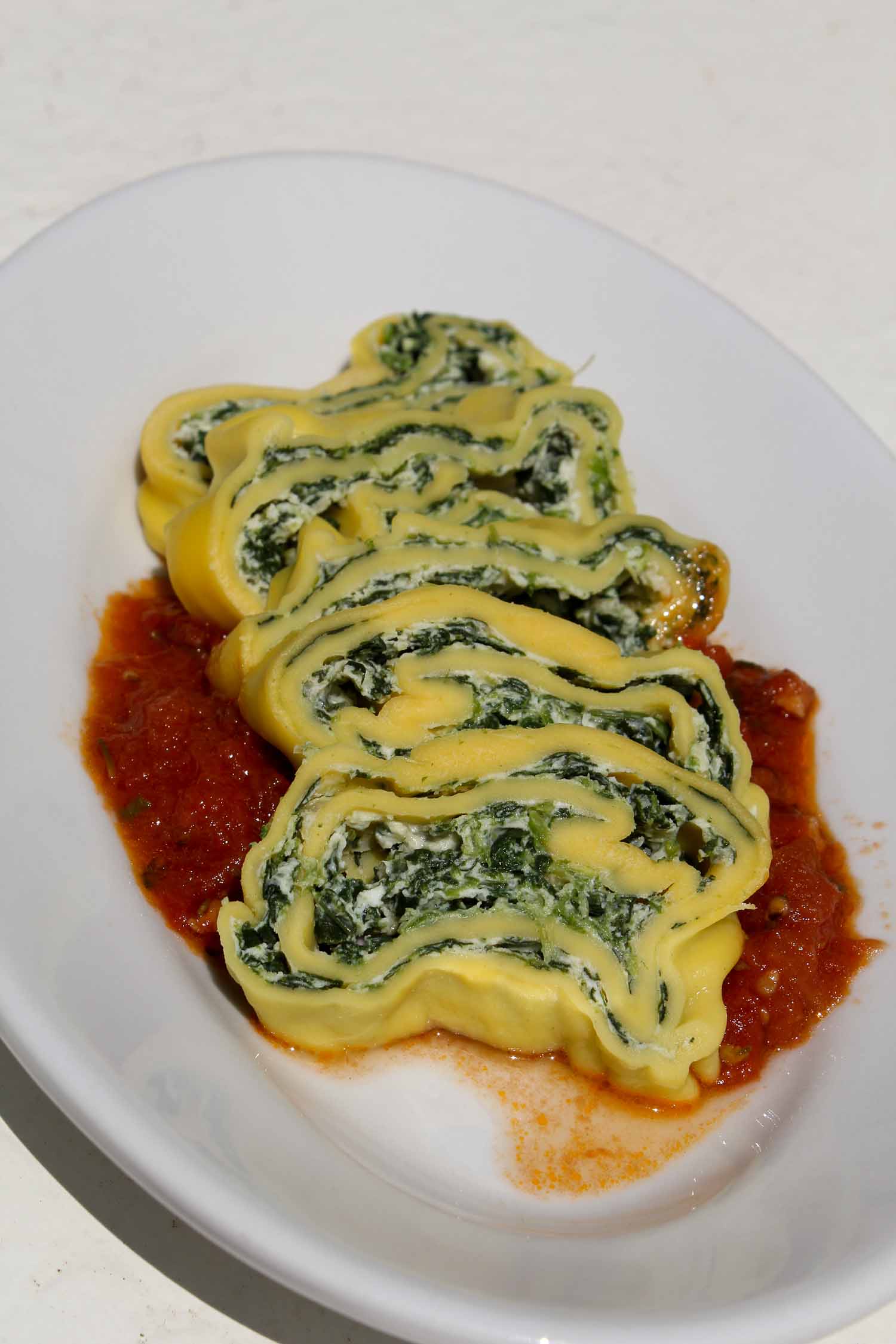 The Cathedral of Anagni 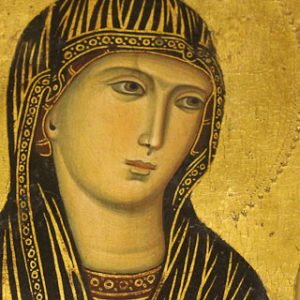 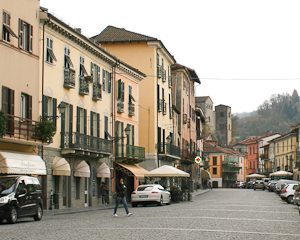 Millesimo in Liguria
Scroll to top