Goats are funny, inventive, loving and entertaining animals that can be used for a lot of things. That makes goat farming and shepherds in Italy popular. But not among olive growers.

Goats are known to be curious and inventive.

Last summer we were standing over a dried out river bed in Parma watching a shepherd and his four dogs try to control about 100 goats and sheep eager to nibble at every plant available. It was fascinating to see how the dogs kept the herd together, and made the animals move in the same direction at the same time. You could not help feeling affection for these creatures that looked like the horse chestnut animals we used to make as kids with their round body on skinny stick legs.

Shepherding also seems like a strangely anachronistic job in an era when most people are busy designing microchips or planning holidays in space. Even in a country and region where the tradition for transhumance can be traced back to the pre-Roman age. 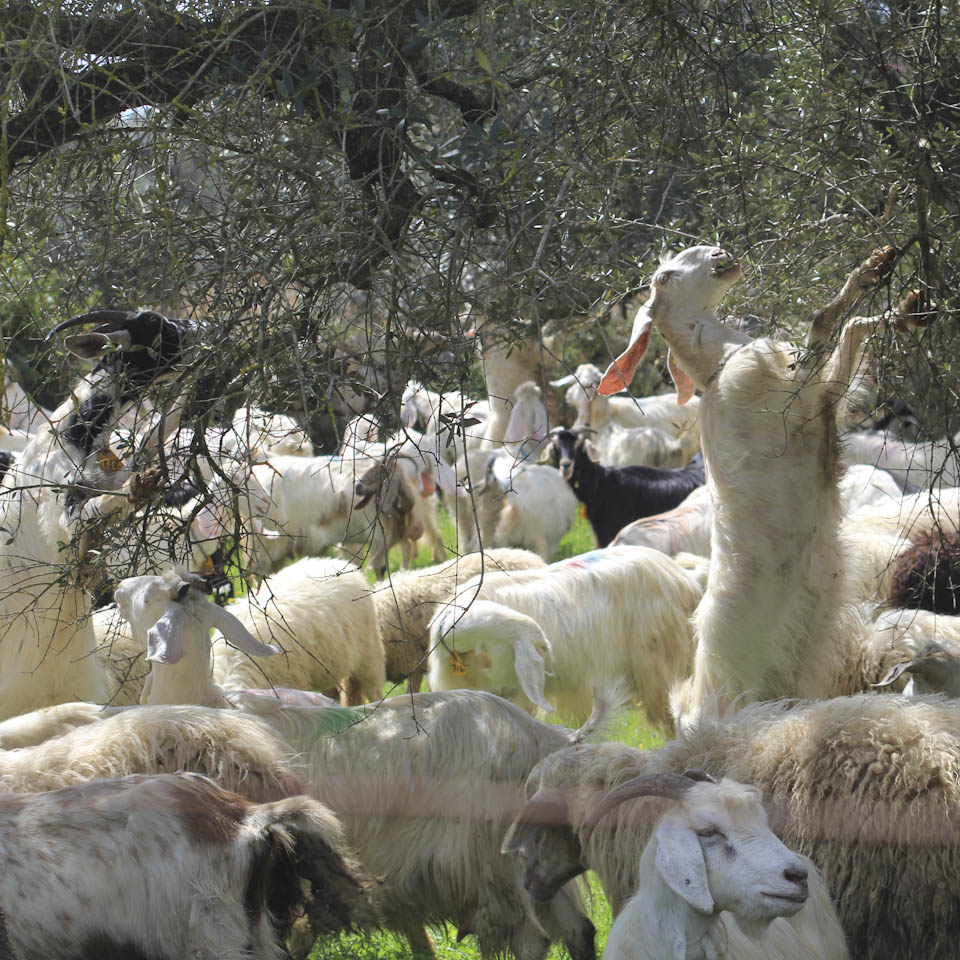 A herd of goats having a party in a neighbours olive field.

A few weeks later I heard goats in the field next to ours in Puglia and went to see what was happening. The goats were everywhere, eating from the grass, the olive trees, the vines, and even the spikes of cactus figs did not deter them. Later I remarked to our neighbour that the passing goats were kind of cute, and even though he is normally a patient and calm man, he responded vehemently.

–     Goats are not cute, and they should not be allowed to trespass on other peoples land, he said. The only reason the shepherd takes them into that particular patch of land is, because he knows the owner is incapacitated. The goats strip the bark of the olive trees making them susceptible to diseases. They break smaller plants like the vines. And they ruin the ancient dry stone walls surrounding our fields. Goat farming and shepherds in Italy are okay for making milk and meat and fibre and ricotta, as long as the goats remain on the goat owner’s pasture. But if you see them on your land, you should shoo them off.

And being very fond of vines, olive trees and dry stone walls, I know he has got a point. Fortunately, I have not seen the goats that close up afterwards. 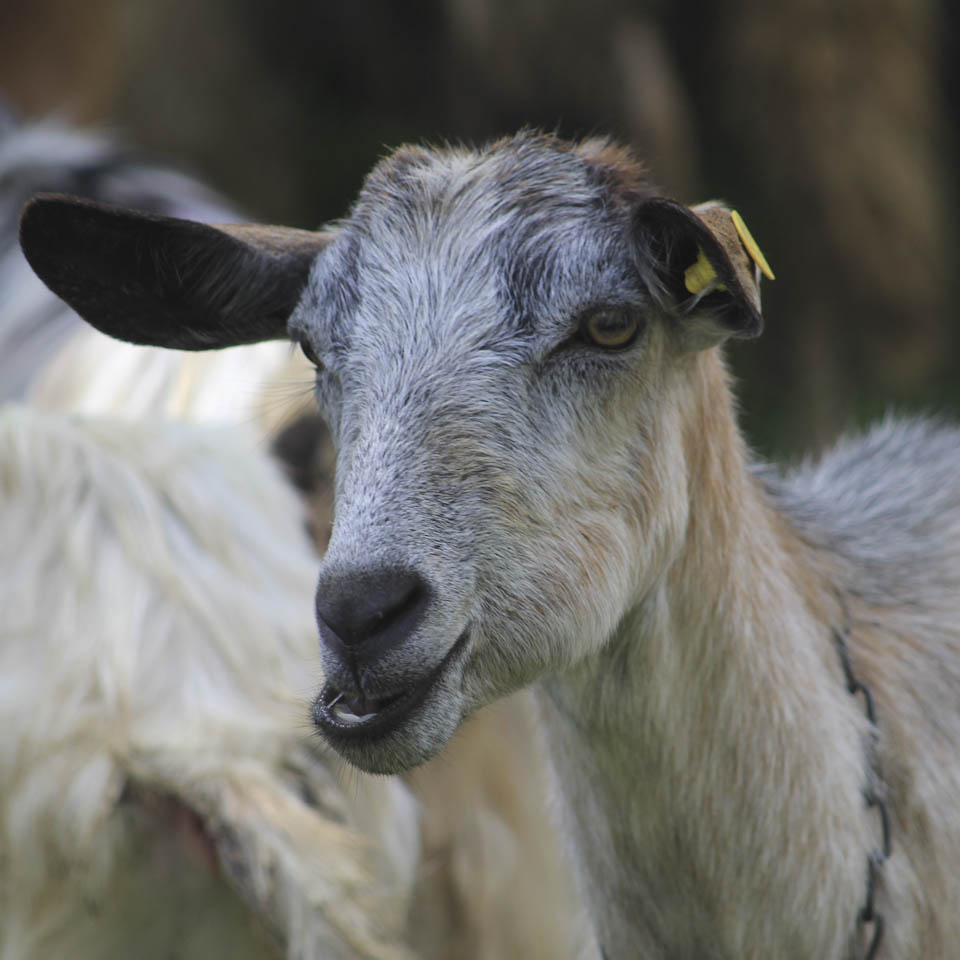 Some of the goats look really cute.