to savour in gastronomy and rock-n-roll

Senigallia on the Adriatic coast is not just another seaside resort. The city has star quality and attracts tourists with a penchant for gastronomy and rock-n-roll.

To Dante Senigallia  in Le Marche represented the typical instance of a ruined city, and one of the columns at the river embankment bears witness of the bombardment of Senigallia at the break of dawn on May 24 1915, but apart from that there is nothing ruined about Senigallia. Quite the contrary. 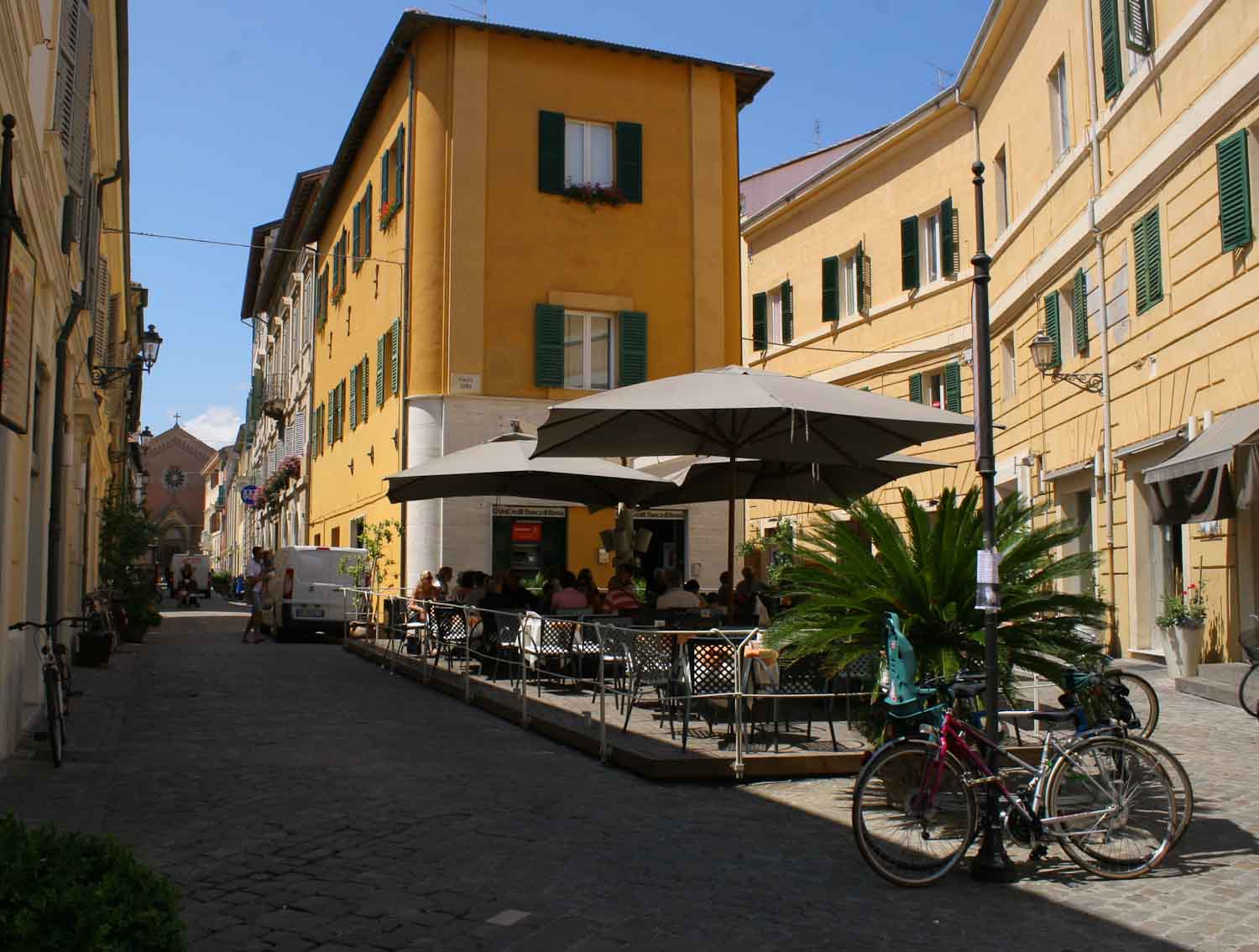 Like nearby Riccione, Senigallia is a holiday town but it appeals to a different crowd.

Looking for the Stars

The shops on the pedestrian streets display luxury brands and pricey gimmicks. People are as always in Italy well dressed in their designer shorts and sun hats. And on every other corner there is an outdoor cafe or restaurant serving high quality foods.

In fact, I think Senigallia has more Michelin stars per capita than any other city in Italy. This is the place to go, if you want to try smoked spaghetti, clams with seaweeds and fresh almonds or ice cream made from Jerusalem artichokes. The cook celebrities in Senigallia will spoil you rotten with creative inventions served as a delicate painting on a plate. 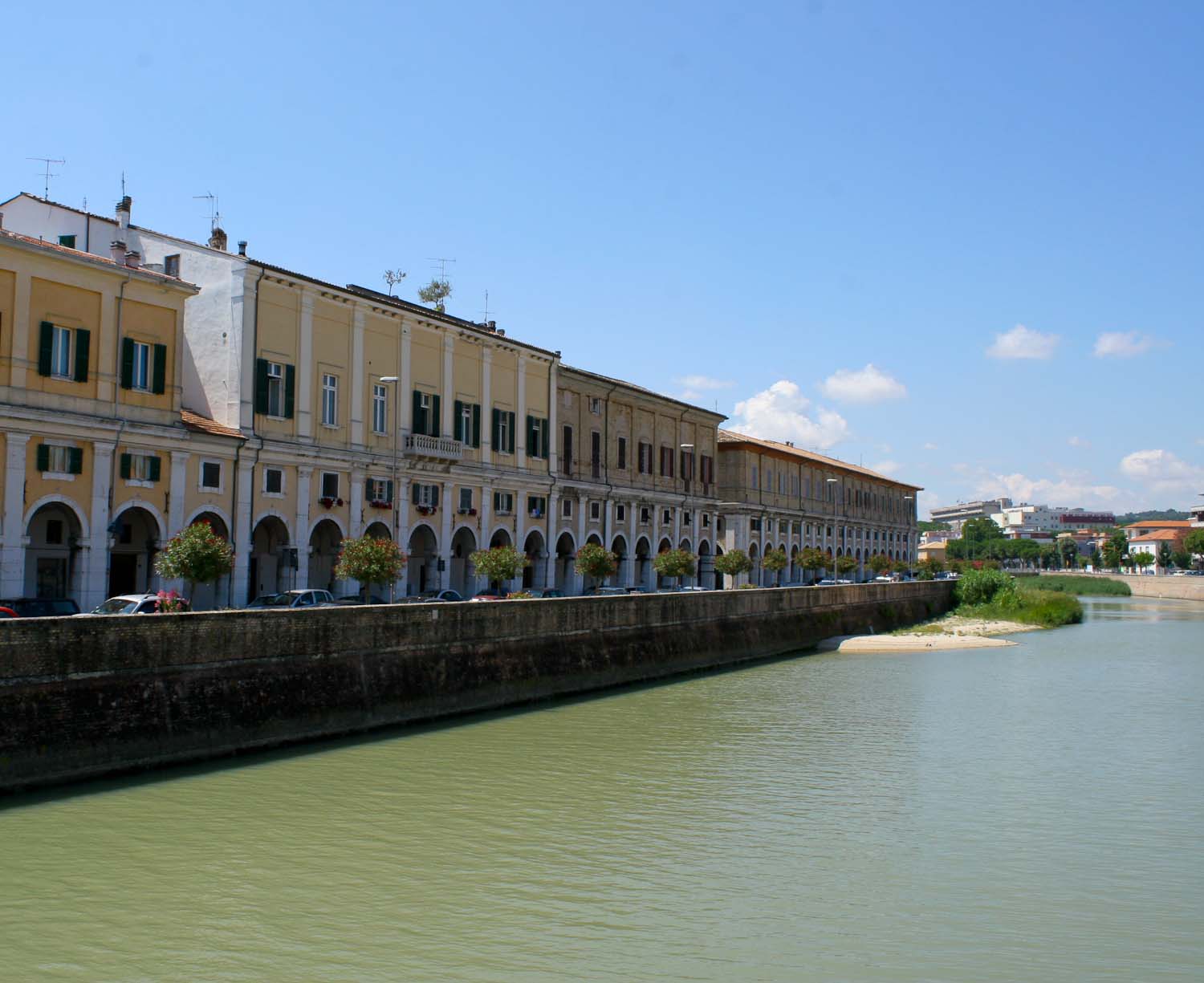 Yet there is also another reason for visiting Senigallia. Every year in August the city hosts a Summer Jamboree described as the hottest rockin’ holiday on earth.  Here Americanophiles from all over Europe dressed up as Olivia Newton-John and John Travolta in Grease come to flash huge American vintage cars,  practice their rock-n-roll dance moves and listen to legends like Chuck Berry, Bill Haley and Duane Eddy. They are really having a ball.

Last time we went to Senigallia was the day before the opening of the Summer Jamboree, and cowboy hats and yellow taxis were already cruising the streets. They looked so out of place you can’t help liking them. And I left with a great, big smile on my face. 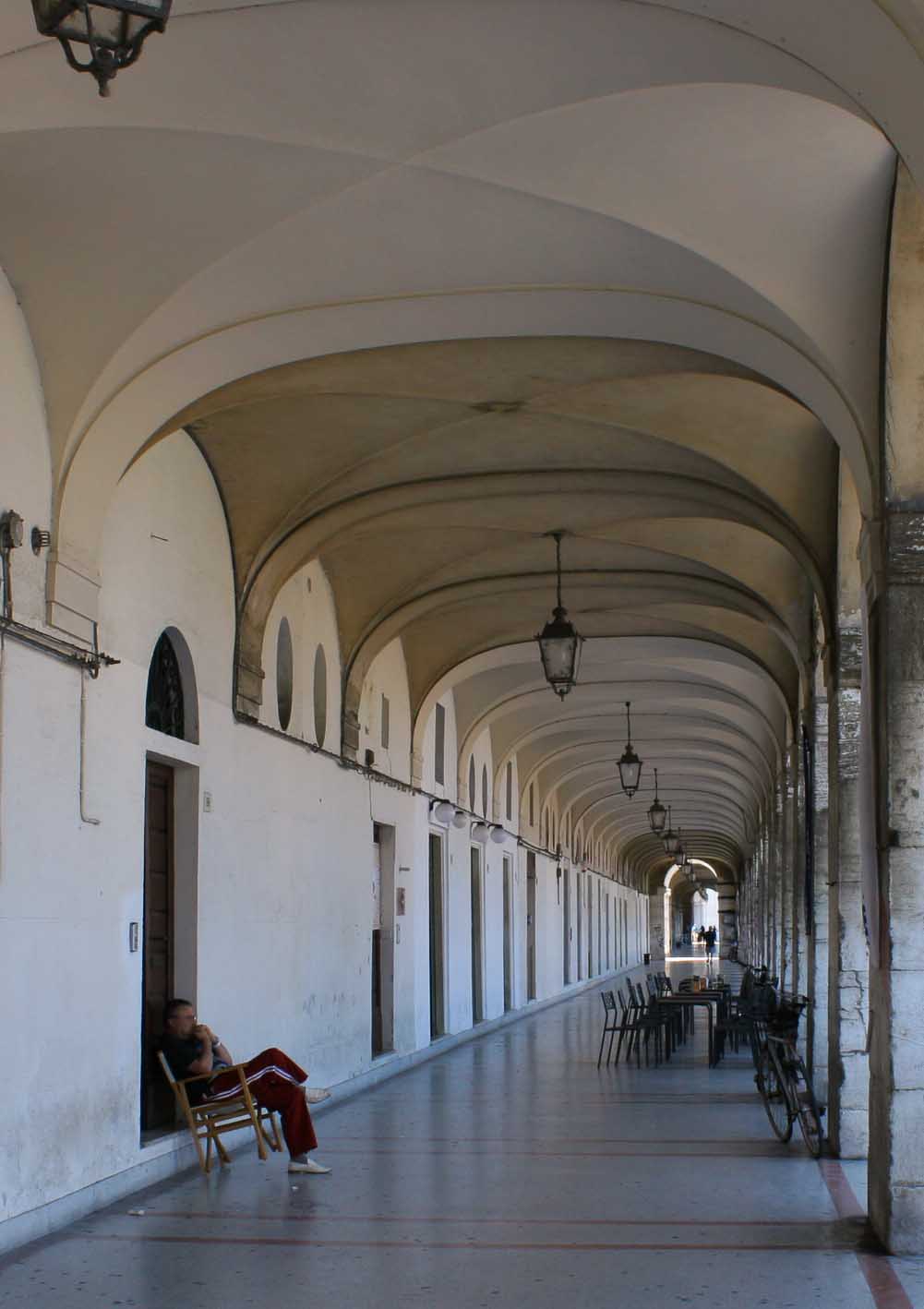 126 arcades make up the Portici Ercolani. A similar structure was planned on the other side of the river, but had to be abandoned due to costs.

Other places to visit near Senigallia.

Fava beans with bacon and tomatoes 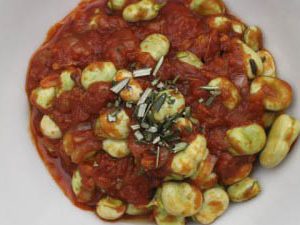 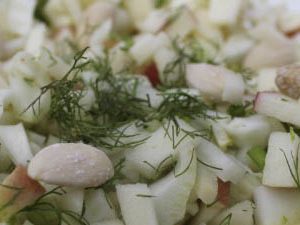