Pizzica is traditional folk music that springs from Salento’s vines and tobacco plants. Accompanied by Tarantella dance to cure bites from poisonous spiders

Students in Milan attend evening classes to learn to dance pizzica, and in Rome you can see women trying to dance themselves into a trance, but you have to go to Salento to experience the original tarantella with deep local roots.

The pizzica is traditional folk music the springs from Salento’s vines and tobacco plants. According to legend fierce dancing is supposed to cure bites from the poisonous Tarantula spider, and in the past musicians wandered the fields during harvest. That way they could quickly be summoned if someone was stung. This tradition no longer exists, but the music is still within reach.

– We come from a long way away to play for you tonight, says lead singer as a prelude to a concert with Folkeria Messapica and mentions a neighbouring town seven kilometres further down Via Appia as the group’s paese. 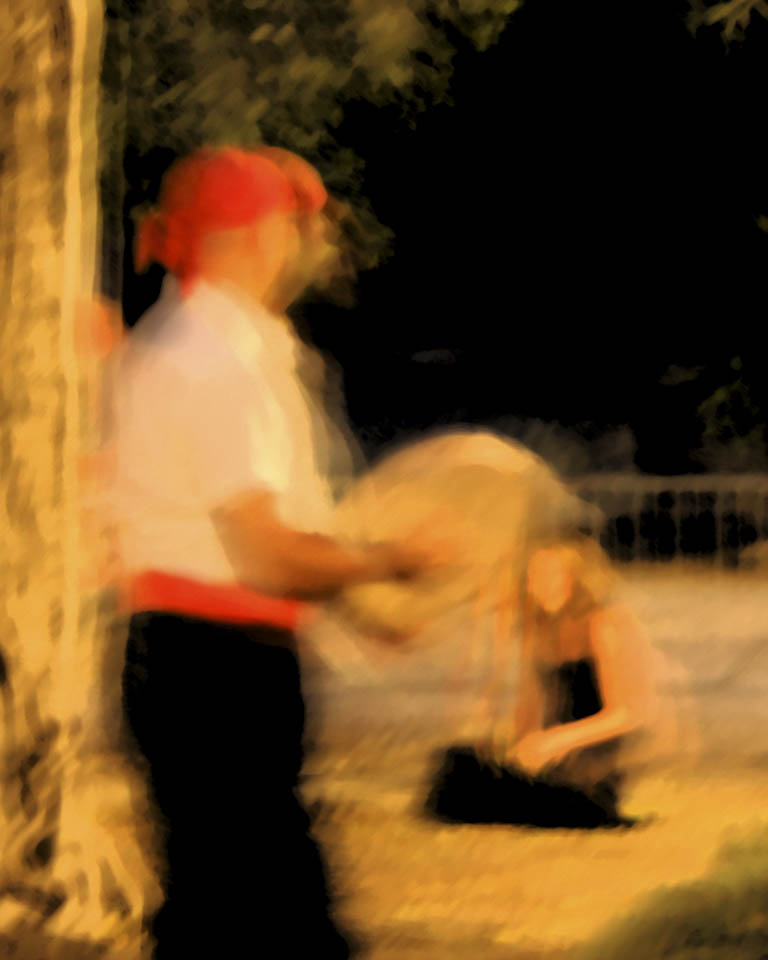 The six musicians aged 15-45 years start playing guitar, bass, accordion, drums and tambourine, while two female singers and dancers wave their dresses in flamenco style. Then the rhythm picks up. Let’s go. After a quiet start in 6 / 8 the tambourine increases pace to 16 / 8, and while people over 25 years lose their breath, the girls jump around in time to the music. The dance opens with a series of two quick jumps on each leg, while the other leg dangles from right to left. Arms move minimally with the hands in the side, when they are not fingering their dress and scarf. Halfway into the tune, the dancer starts to twirl like a spinning top that looks as if it is in danger of toppling off the stage. Pizzica is polka and pogo on speed – a wild kind of dancing.

The concert, which takes place on the church square, has gathered huge crowd including the town’s black-clad women, toothless men, middle-aged and families with children and the local youth who adhere to subcultures as pop girls and boys, goths and punks. It is not the easiest audience to impress, and the front man has to inject an ironic “Grazie per l’applauso spontaneo” after each number to get applause.

But after a little while children and young people cannot resist the temptation and start dancing the pizzica with violent jerks in front of the stageThe old men know the repertoire and sing along on songs about the tobacco worker in ‘Femine, femine’ and the joy of a good meal in ‘Cozze belle cozze’. And everyone laughs at the story of the nun and the butcher.

It is evident that Folkeria Messapica is in their home field, and at midnight 2 ½ hours later the taranta is still echoing in the streets.

More on music, tradition and entertainment apart from the Tarantella dance

Night out in Castrovillari

This video may give you an impression of the music and the tarantella dance:

Ferry to Sicily: Whirlpools around the Strait of Messina
Scroll to top