Pork is becoming increasingly popular in gastronomic circles, which has given rise to new products such as a pork bresaola.

While ordinary bresaola is kind of dry with a strong flavour, pork bresaola is soft and mild. It bears a close resemblance to the Spanish lomo embuchado, which can be used as a substitute, if your local salumeria doesn’t store the Italian version. Both types of cured pork make a delicious starter, when served on a bed of arugula with a topping of diced tomatoes, parmesan cheese and a green oil of arugula and rosemary, and they make a great supplement or alternative to other cured meats like prosciutto, speck and carpaccio.

Wash and dry the arugula
Place half the arugula on a serving plate and arrange slices of pork bresaola on top.
Blend the rest of the arugula with rosemary, a pinch of coarse salt and olive oil.
Remove the seeds from the tomatoes and dice the meat finely.
Crumble parmesan cheese over the meat, decorate with diced tomato and drops of green oil.
Serve pork bresaola with grissini, taralli, crackers or a nice chunk of bread. 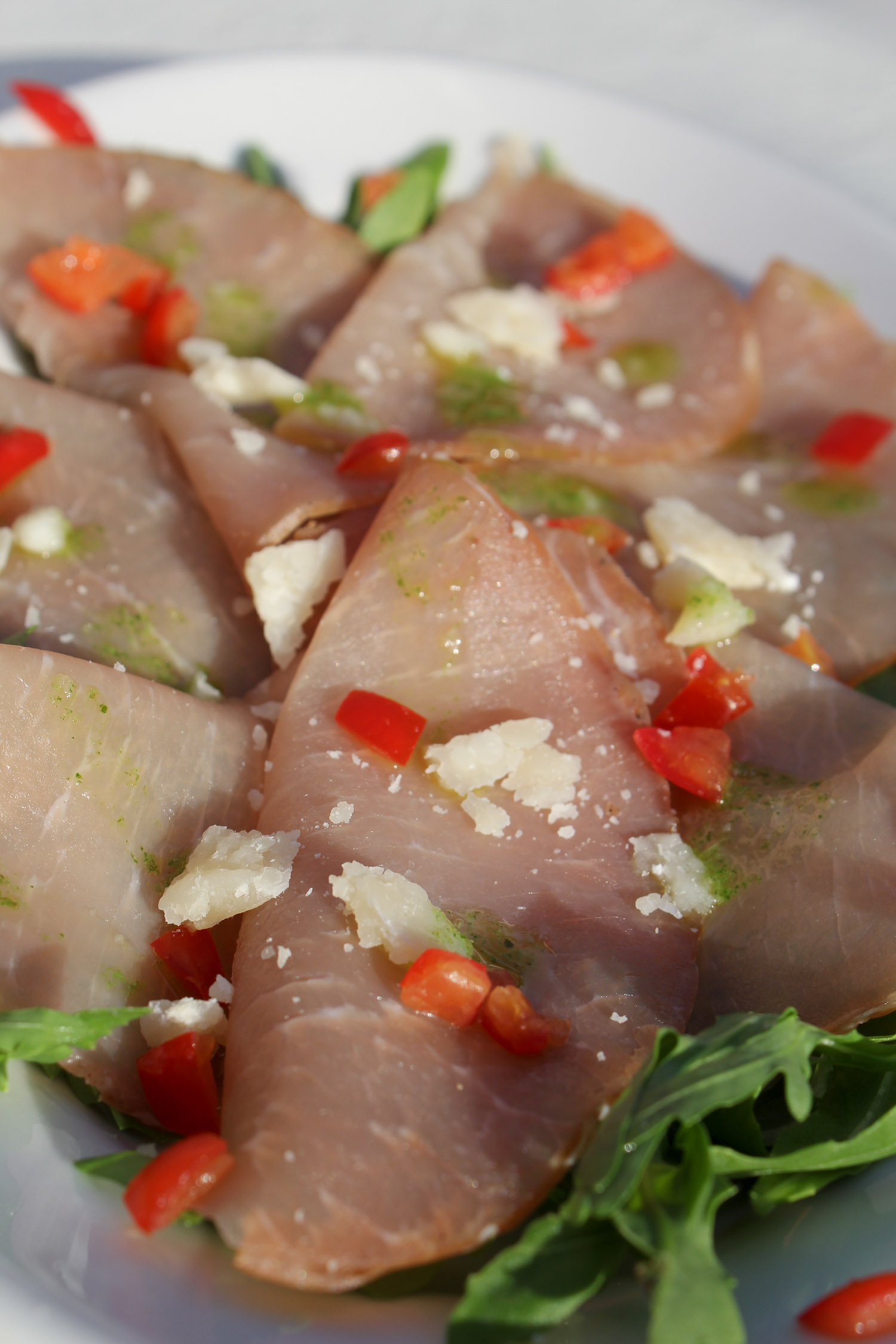 Pork bresaola is a relatively new product in Italy.