Being led through a foreign city by a knowing local is a treat I hadn’t experienced before a travel blogger conference in Umbria last year, where a local guide led us to the best photo ops in the city.

I normally avoid travelling around in groups, as I’m a bit allergic to large tourist herds. But last year I made an exception. In May, I participated in a travel blogger conference in Umbria known as #TBUMBR. And the programme included a photo walk through Perugia with Canadian travel photographer Ken Kaminesky.

Some of the pictures from our guided photo tour of Perugia.

Be clear about what you want from your guide

There was also a local guide – or rather two Perugia guides attached – so we entered the minimetro accompanied by a seemingly endless speech on the wonders of this light rail project. The chatter went on after we had reached the first stop in the pedestrianised city, so we were kind of squeezed between good manners and our interest in photography, until someone made it clear to the guide that we were in Perugia to use our eyes and not our ears.

From then on another guide took over, and we ran through the main street Corso Vannucci to the San Lorenzo Cathedral, up to the top of the hill and down through the Rocca Paolina offering a variety of magnificent views in, over and beneath the city. With plenty of time to discuss white-balance, aperture and motifs along the way.

Meeting the man behind the camera

It was a very inspiring day, and the guide was a great help by understanding our needs and directing us to the most evocative and photogenic places. As a perfect ending, we got to meet Steve McCurry, who is the man behind the camera for some of the most iconic photographs. For aspiring travel photographers that is quite a treat.

View of the city and the surrounding landscape.

Unfortunately, the beauty of the experience did not really reflect on my photography of the day. But I got a lot of pictures of other travel bloggers taking pictures. And some great local hints on what to see next time I visit Perugia on my own.

More on Umbria and neighbouring regions 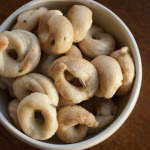 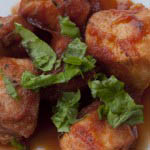