Italians are proud of their thrifty food traditions. And they have managed to invest an awful lot of great taste in project. Like this pasta beans recipe.

A friend has been on to me for ages for trying pasta beans. This is one of the most typical of typical south Italian recipes, and now I’m in for a slashing for using the wrong kind of pasta. Still it is exactly as good as promised. And a lot better than the ingredients would suggest.

In Denmark people used to make a special sandwich of white bread on brown bread and I guess the principle of starch on starch resurfaces in most peasant diets around the world, where its appeal seem to have waned with increasing wealth. In many parts of Italy, however, people are immensely proud of these thrifty traditions and rightly so as they have managed to invest an awful lot of great taste in project.

Dice the pancetta finely and fry it in oil for a few minutes before adding diced onion and garlic
Peel, clean and dice celery and carrot and stir it with the glasslike onions
Soak the dried tomatoes and cut them in small pieces before adding to the pan along with chopped rosemary
Add the boiled beans and let all the ingredients sizzle for a few minutes.
(If you want a more creamy version, you can mash or blend 2-3 tbsp of beans before adding them)
Boil the pasta according to the directions on the package and pour meat stock over the vegetables
Mix the drained, boiled pasta with the other ingredients and serve. 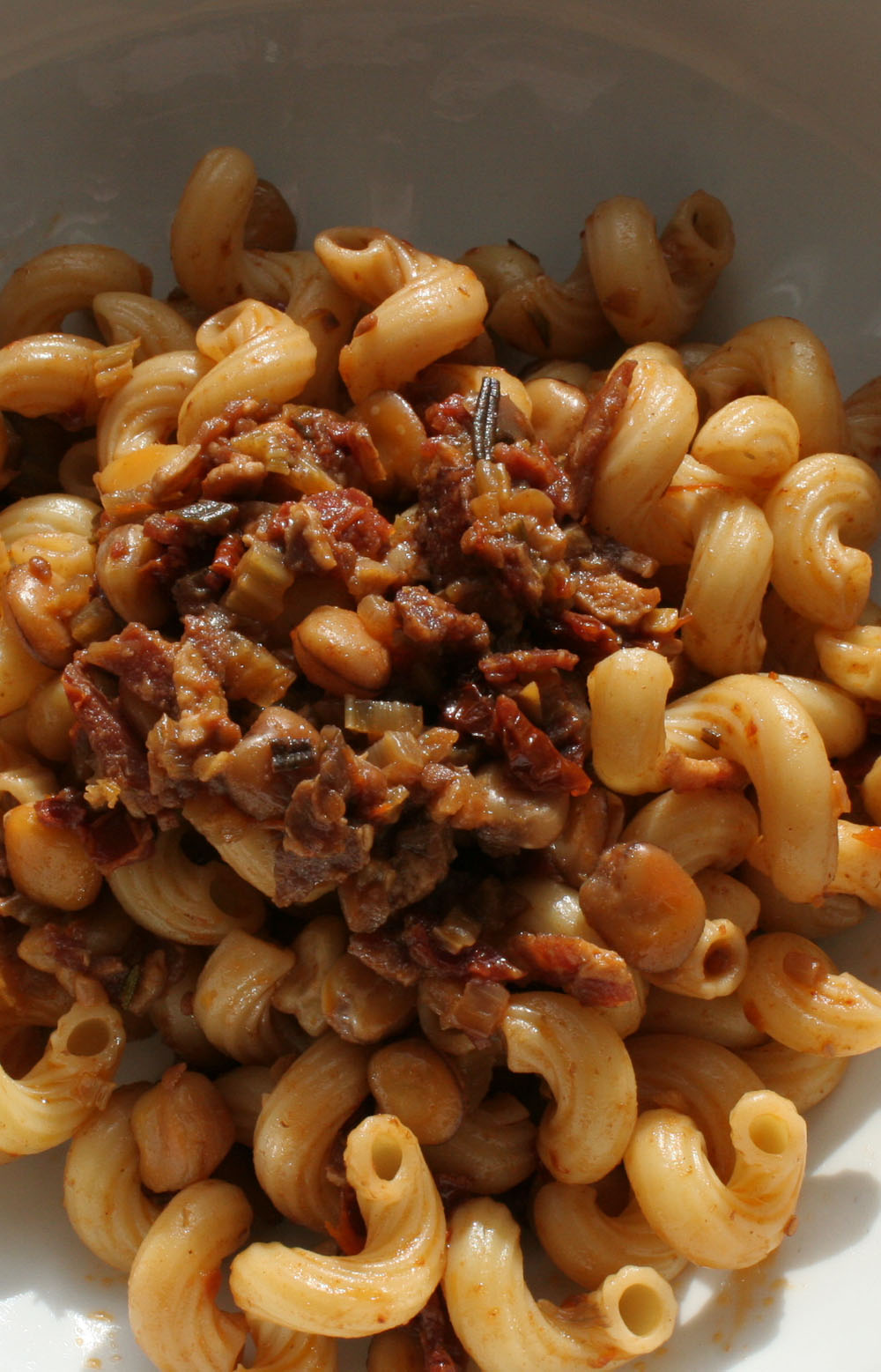 It spite of the rustic appearance, Pasta and beans is extremely tasty.