The Palladio bridge in Bassano del Grappa is a monument worth visiting. Just like the famous Palladio villas that have been recognized as UNESCO World Heritage

I admit I am a bit of a sight snob. I think it’s great to have seen the pyramids, Stonehenge, Taj Mahal and the White House in real life, and I talk about it to whoever wants to listen. (There aren’t that many).

Nevertheless I am always on the look out for sights, when I travel, and UNESCO World Heritage rates high on the “to see” list. A few months ago I was therefore standing in Bassano del Grappa, looking down the Brenta river in the vain hope of seeing one of Andrea Palladio

‘s famous Renaissance villas. With a distance of only 35 km from Bassano to Vicenza, there should be a chance, and one of the celebrated summer houses, Villa Angarano Bianchi Michiel, is in fact located in Bassano. I did not, however, catch a glimpse of either columns or arcades, because an old wooden bridge with red tiles on the roof, dominated the view. The bridge was carried by four pylons shaped like a butterfly or a slingshot, depending on the angle from which you saw it, and it had almost the same sort of attraction as the bridge of sighs in Venice or Ponte Vecchio in Florence. A certain kind of magnetism.

Ponte degli Alpini or Ponte Vecchio, as the bridge is called, connects the central shopping areas in Bassano del Grappa and provides a crossing for pedestrians and cyclists. But it also serves as the city’s living room, where you stop to relax or chat, while you enjoy the magnificent view the river reflecting red gerania on pink, yello and orange house walls with the mountains in the background. Really cute. 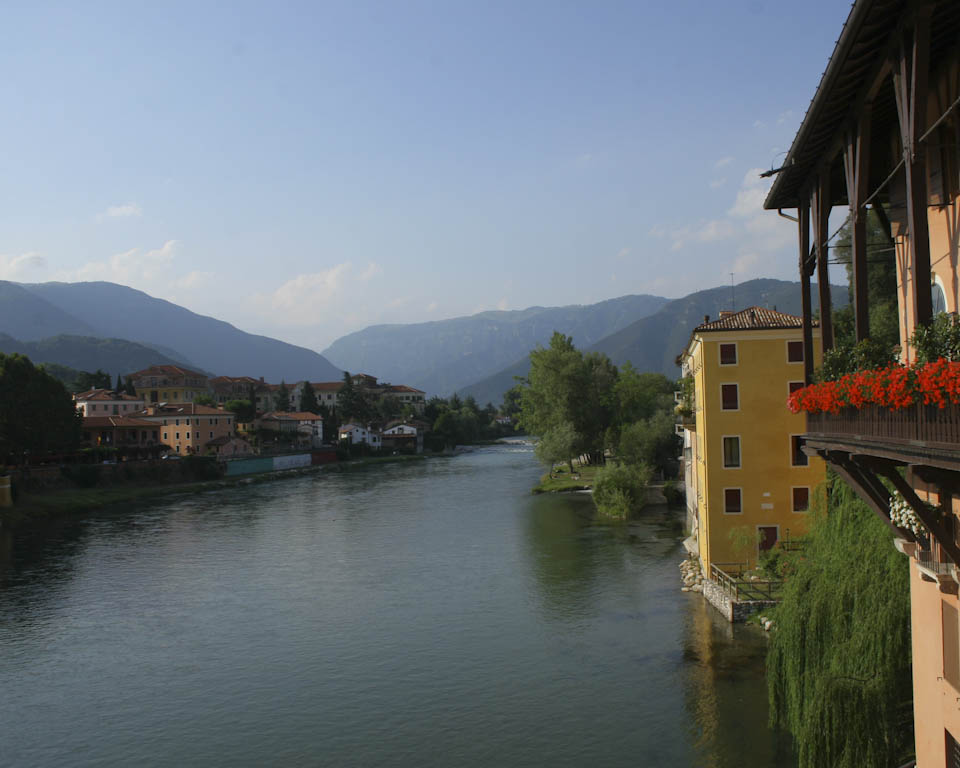 And so unforgettable that I subsequently checked the bridge’s history and found that it is designed by Andrea Palladio himself. In 1569 he was asked to draw a new bridge over Brenta, and first he proposed a construction in stone. The proposal was rejected by the City Council of Bassano del Grappa, because they knew that more flexible materials were needed to withstand the force of the river. In his second attempt Palladio invented the triangular pylons with wooden gills, so that water can pass under the bridge without hindrance. This worked until 1748, when a large flood swept the bridge away. Three years later it was rebuilt, but during the Second World War retreating Germans blew it up. Now it has been reconstructed a third time from Palladio’s original drawings, so the bridge is still standing as a monument to one of the largest and most influential architects, who was born in Padova for 501 years ago.

UNESCO World Heritage in Liguria waiting to be explored

Lost in Noto in Sicily

End of the Appian Way in Brindisi
Scroll to top