The Orphan from Trastevere

The story of a young orphan from Trastevere who helped to defend the Roman Republic and became a hero of the Risorgimento.

Visitors to Rome love Trastevere on the right bank of the Tiber River for its maze of narrow, irregular streets lined with outdoor cafés and restaurants in ochre coloured houses. In the 19th century, people living in these houses were poor and the streets were filled with vagrants and homeless orphans trying to survive on the scraps they could earn from running errands for bakeries and butchers.

One of these orphans was a 12 year old boy named Righetto, who managed to fend for himself and the dog that followed him around. 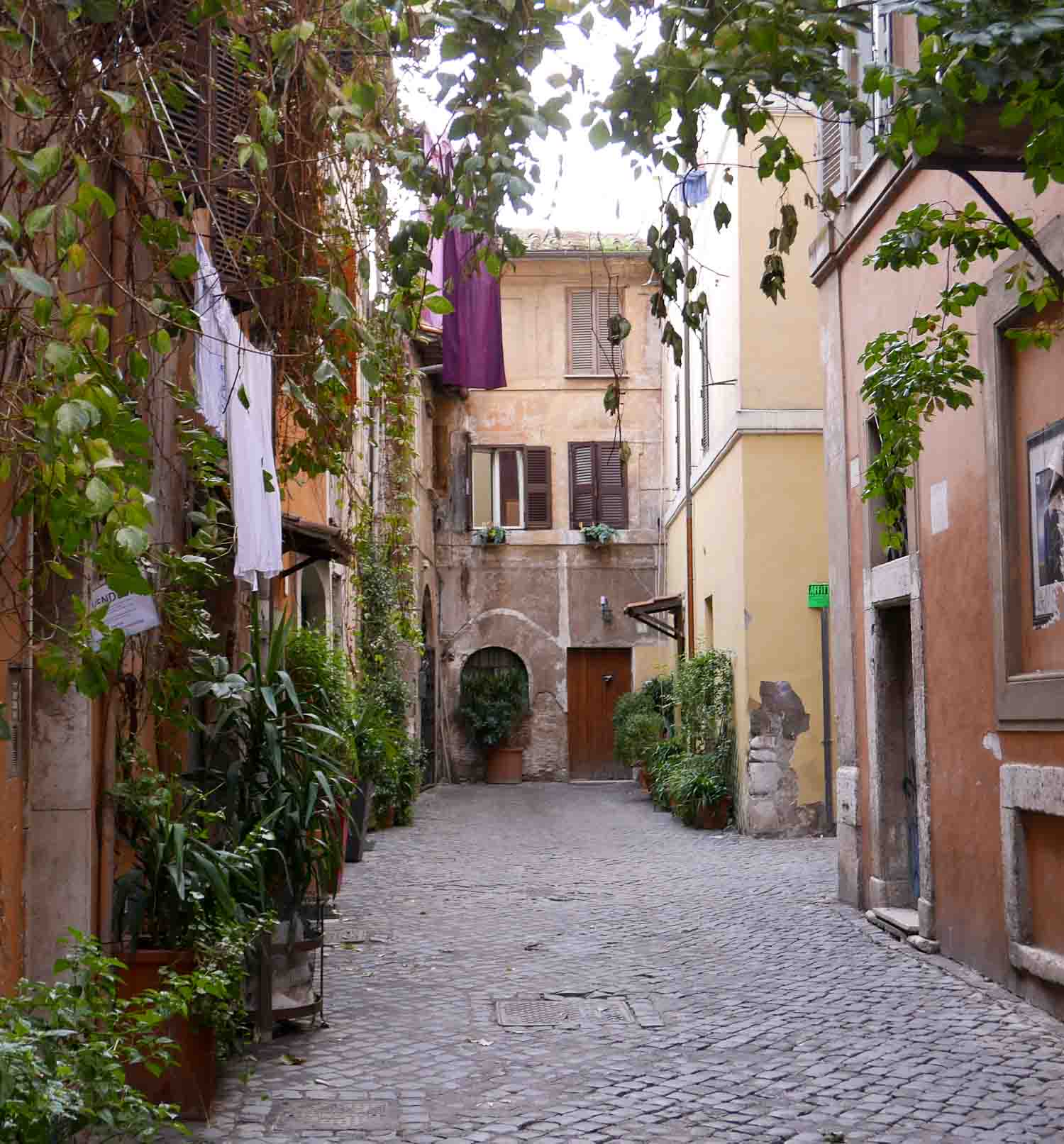 Even today Trastevere is a maze of cobbled streets.

It was in 1849, when Pope Pius IX had fled to Gaeta, and a new Roman Republic had been declared. The people of Rome were celebrating a new freedom that allowed them to practice whatever religion they preferred, and the new government eliminated burdensome taxes and gave work to the unemployed.

Things were looking good, if it hadn’t been for galloping inflation and a newly elected French President Louis Napoleon who was being pressured by his devout Catholic voters to restore the Pope.

On April 25 eight to ten thousand French troops landed in Lazio and marched on Rome. The French expected little resistance, but Garibaldi had finally entered Rome and managed to mobilise the fiercely anti-clerical Romans of Trastevere, and a regular war broke out. 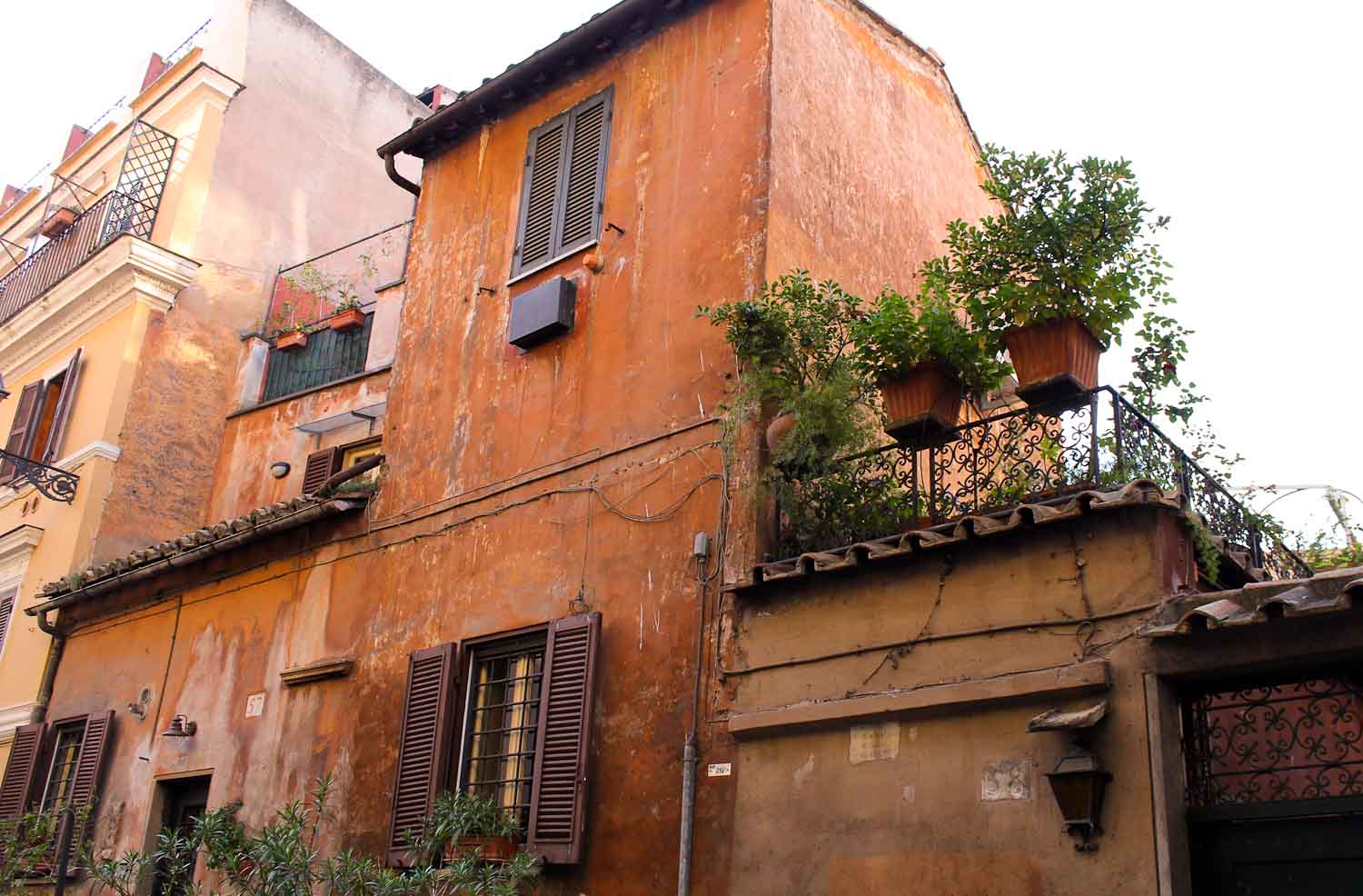 Immigrants from the East along with sailors and fishermen were among the first who took up residence in Trastevere, and the multicultural atmosphere is still a defining characteristic

In this war, Rome was continuously bombarded with the heavy artillery of the French, and they had little or no ammunition to strike back. Citizen-soldiers like Righetto and his peers discovered that there was a time lapse of 10-12 second from the time a bomb dropped till it exploded. By catching the bomb like a ball or covering it with a damp cloth before it exploded, Righetto and his friends managed to extinguish the fuse, and they received a coin for each bomb handed over to the defenders of the Republic.

As an eye-witness remarked, it was hard to determine whether this kind of warfare should be attributed to the audacity of the boys or their ignorance of the danger involved, but it served a purpose and it took the French army almost a month to prevail.

By that time Righetto, who was recognized as one of the best bomb catchers around, had caught a bomb with a fuse so short it exploded between his hands. Bombs were raining down over Trastevere making it impossible to bring Righetto to hospital, but he was taken into the home of an old woman, who nursed the mutilated boy, until he died a couple of weeks later.

A sad story that highlights the sacrifices made by previous generations and the spirit that gives the Trastevere neighbourhood its special character.

To this day, Righetto and his dog are commemorated with a statue side by side with Anita and Giuseppe Garibaldi on top of the Gianicolo hill. 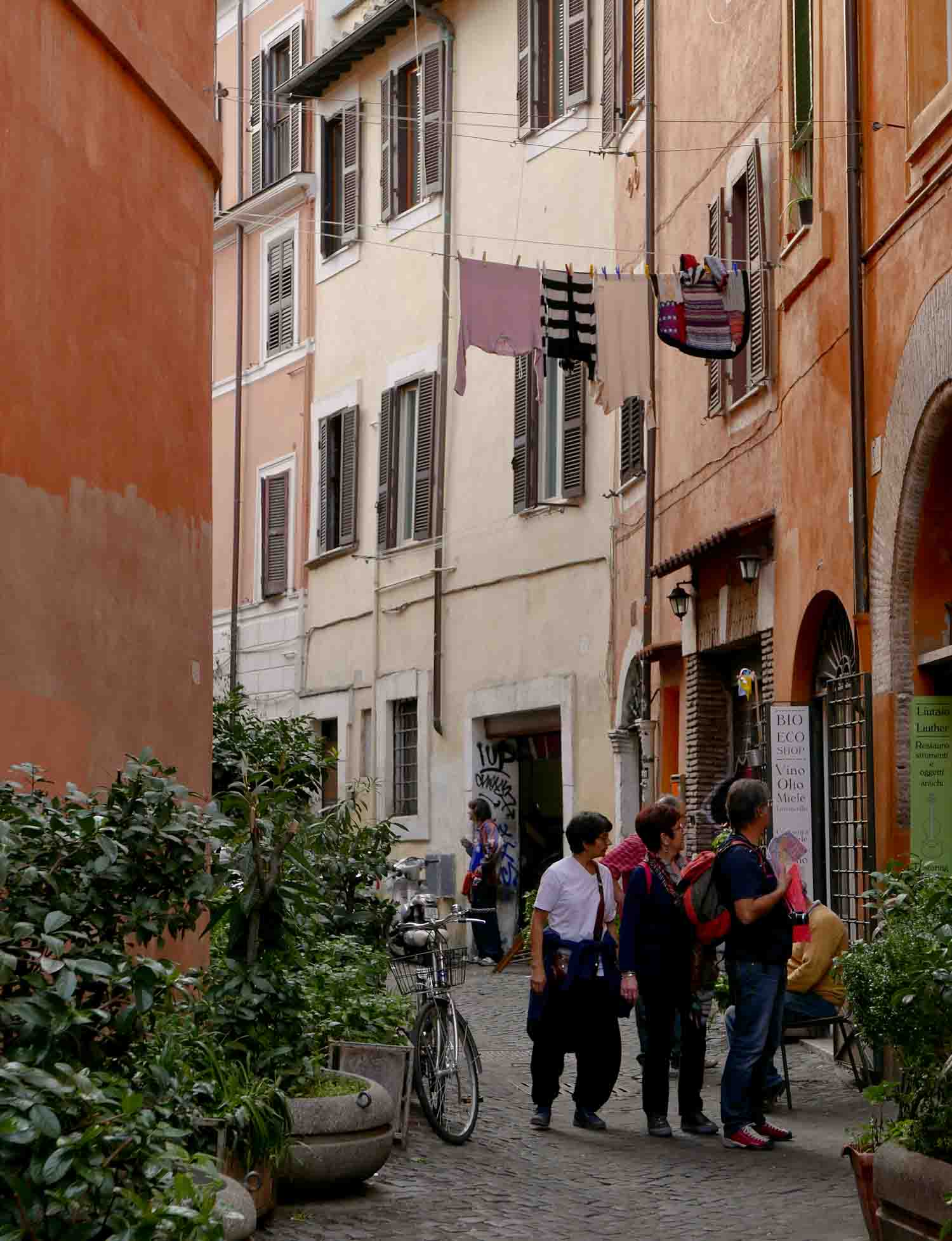 The streets of Trastevere are so narrow there is hardly any space for cars or carriages to pass.