Is This One of the

While snow covers Scandinavia, I’m trying to get some warmth from the memory of the best beaches in Italy.  One of them is Praia a Mare in Calabria that has been listed on a top 10 of Italy’s most secluded beaches.

I was actually quite surprised to see Praia a Mare on that list. I mean, Praia a Mare is a nice seaside destination, and I’ve been there a couple of times over the years, but it does get rather crowded in summer with water parks and about 50 lidos crammed into the relatively limited area of black sand beaches between the sea and the mountains. So where’s the seclusion? 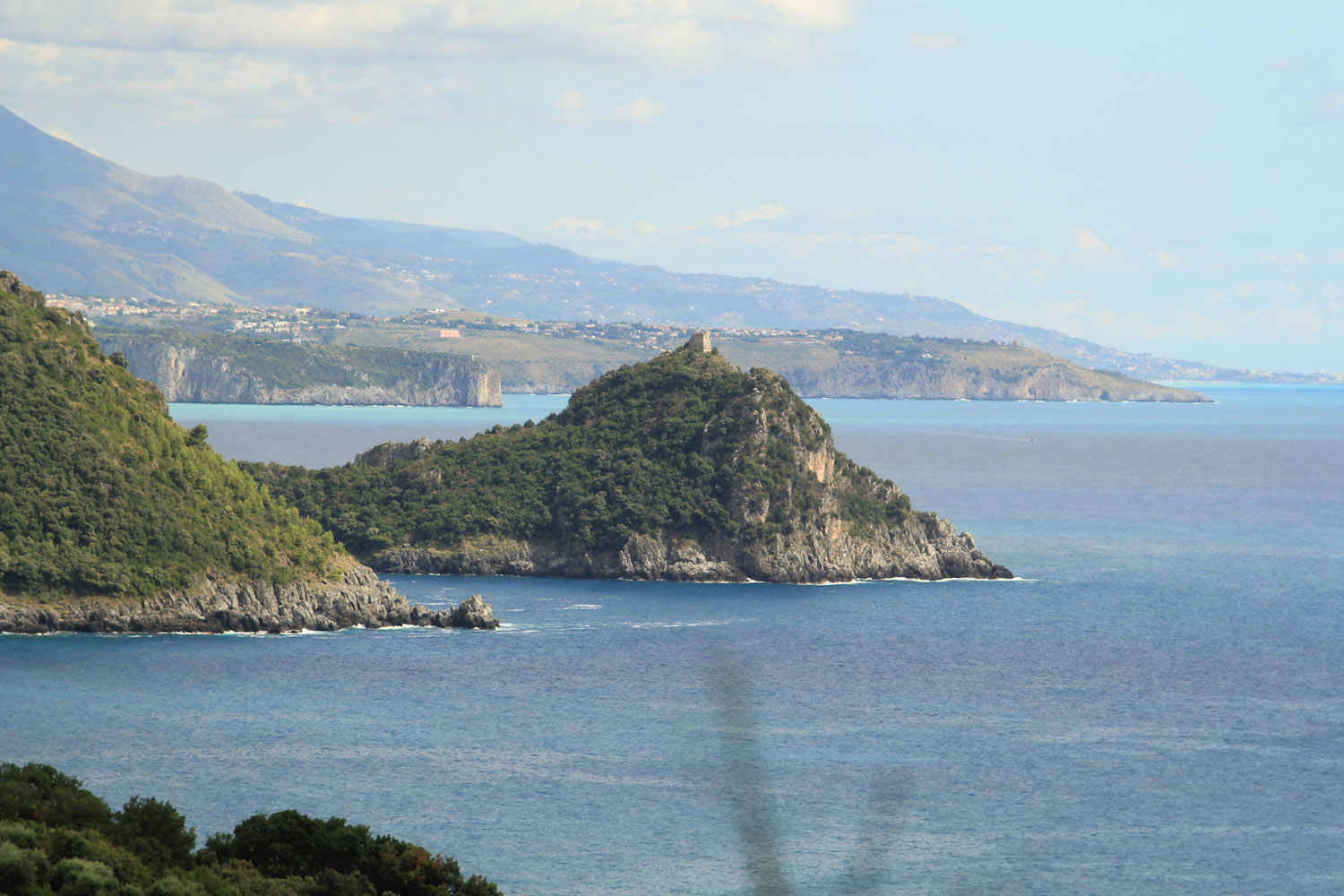 Dino Island sits as an outcrop close to the Calabrian coast

The answer lies on Dino Island 100 m from the coast south of town. This rocky outcrop, that happens to be the largest of the two islands in Calabria, features a number of sea caves, steep cliffs and secluded beaches accessible only by boat or ‘pedalone’. The island has a Grotta Azzura named after the intense blue colour of the water like the Blue Grotto on Capri; a Grotte delle Sardine where shoals of fish can be seen;and a Grotta del Leone with a stone resembling a sleeping lion. The most interesting cave is Grotta Gargiulo that opens 18 m below the surface of the water. This cave is only accessible to experienced divers.

In rough weather people are warned against approaching any of the caves. Instead they can take a stroll along Praia a Mare’s main street with lots of cafes, shops and bars. Or visit nearby Diamante or Aieta up the hill.

Have you been to Dino Island by Praia a Mare or other secluded Italian beaches, you’d like to recommend?

More on beach life and beach breaks in Italy

How I learned to love beaches